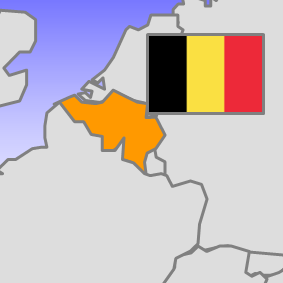 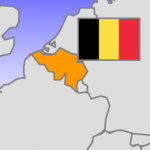 Belgians thus not only voted for the European and regional parliaments, but also for the federal one. This is an extremely important difference knowing that the last federal elections took place when the government fell in 2010 and the resulting coalition negotiations took no less than 541 days, an absolute world record.

In the 2012 municipal elections the Flemish nationalists of the New-Flemish Alliance (N-VA) scored big in Flanders (the northern, Dutch-speaking part) and the pre-election polls showed they would easily become the biggest party in Flanders this time around as well and even continue to grow bigger. The incredible rise of N-VA has raised serious concerns for the feasibility of the next federal coalition formation. It was feared that their continued success would test the limits of the Belgian federal construction. The entire campaign was thus dominated by the federal election and what would happen with the post-election coalition negotiations, overshadowing even the regional elections. The European one came third in line, and at quite a distance. Stating that the European election served as a third-rate election (Irwin, 1995) is not an exaggeration. Europe was almost completely absent from the run-up to the elections. Apart from the obligatory television debate, Europe was not an issue in the campaign.

This might sound strange for a country that was a founding member of the EU and is the host of the Commission and the European Parliament (for three quarters of the time at least). Belgium also provides the President of the European Council, Herman Van Rompuy, and unlike the vast majority of the EU member states it also had one of the official candidates for the Commission presidency: former Belgian Prime Minister Guy Verhofstadt of the Alliance of Liberals and Democrats for Europe.

Yet, despite all that, Europe never surfaced as a full-fledged campaign item. Media mostly focused on the national issues and when they did turn their eyes to the EU it was mostly to assess the chances of Guy Verhofstadt becoming President of the Commission.

An additional reason for the absence of the EU in the electoral campaign can be found in the lack of anti-European parties. The only anti-European party that cleared the threshold is the extreme-right Flemish Interest (Vlaams Belang). They want to get rid of the EU because it infringes upon the right of individual countries to regulate (i.e. restrict) immigration and uphold their borders. They promote the idea of a confederation of nation-states as an alternative for the EU, rather than moulding the EU into a more federal framework. In 2009 there was another Belgian Eurosceptic party that got into the EP, List Dedecker (LDD). The party was only popular for a short while and the polls showed they would have great difficulty conquering a single seat in the federal or Flemish parliament this time around. The party president thus decided to stand in just one province for the federal election, which was regarded as the best strategic choice. Its EP seat was thus vacated before the elections even took place. None of the other parties could profit from this though, since Belgium (and more specifically the Dutch-speaking electoral college) lost one seat by default in the reshuffling due to the EU-expansion and the new cap on the number of MEPs.

As you can see from the results there was one very clear winner. The New-Flemish Alliance gained almost 17 percentage points and conquered one third of the seats in the Dutch-speaking electoral college. This is completely thanks to its success at the federal and regional level. N-VA’s views on Europe are quite blurry. On the one hand they question whether the EU should keep all of the competences it currently owns, but on the other hand they claim that Flemish independence – their core issue – will only be possible within the context of a stronger EU. The EU thus only served (marginally) as a support for its nationalist agenda and not as a separate campaign item. It suffices to say that rallying voters around a European theme does not drive their current success. During the campaign they also made it clear they want to leave the Greens – European Free Alliance party group, but refused to say which other party group they would be joining after the election.

The traditional parties that made up the outgoing federal government – social democrats, Christian democrats and liberals – largely managed to stand their ground, which is quite remarkable in the current political climate. Apart from a small loss for the Flemish Christian democrats (CD&V), it seems it was mostly the extreme-right Flemish Interest (Vlaams Belang) that paid for the victory of N-VA. On election night it was even unclear for a while whether they would still be represented in the EP at all. In the end it turns out they will, but it was a close call.

Another remarkable decline is that of the French-speaking ecologists (ECOLO), especially when compared to the fact that their Dutch-speaking sister party gained almost 3 percentage points (even though this did not result in an extra seat). These results also mimic the federal and regional ones. Some have stated that a green party that scored over 22% in the 2009 EP elections had no way to go but down. A probable explanation could also be found in the fact that they – at least in part – paid for the rise of the communist left (PTB-GO!) in Wallonia and Brussels. These allegations will have to be verified by other means, but it is quite clear that the answers should not be sought at the European level.

The single EP seat in the German-speaking electoral college (with a population of roughly 77.000) has been held by the Christian Social Party (CSP) since 1994 and remains quite firmly in their possession.

There have been quite some shifts at the last European elections in Belgium. The traditional parties making up the outgoing federal government managed to hold more or less steady. The bigger shifts can be found a bit more left and right on the ideological spectrum. Unlike for other European countries it would, however, be a mistake to interpret this in the light of some anti- or pro-European sentiments. In Belgium the elections for the European parliament were never part of parties’ campaigns, nor were they a hot topic during any of the debates in any of the media. The most important cause of this is probably the coincidence of federal, regional and European elections. The federal and regional elections took precedence over the European one, which comes at no surprise given the recent Belgian political history. The question as to what caused these vote fluctuations obviously needs to be further investigated on the basis of election data, voter surveys, etc. and it is possible that some part of the population did indeed cast its vote for the EP with European motives in mind. But most of the answers will for sure not have to be sought at the European level. And if from now on the regional, federal and European elections will be held on the same day – as has been agreed upon – chances are the European parliament election will have a very hard time moving up from its third-rate status in Belgium.

Van Aelst, P. and J. Lefevere (2012) Has Europe got anything to do with the European elections? A study on split-ticket voting in the Belgian regional and European elections of 2009. European Union Politics 13 (1): 3-25