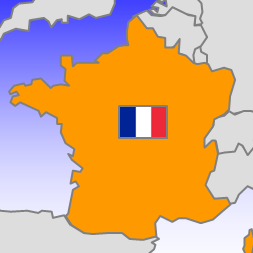 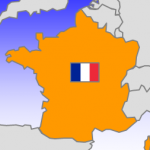 France went to the polls on Sunday 25th May[1]. France elected 74 MEPs (two more than in 2009) using a proportional system with a 5% electoral threshold and closed lists[2]. Political parties establish the order of candidates on the lists; voters can only cast a vote for the list and not for individual candidates. Seats are thus attributed according to the order in which the candidates are presented on the list. The national territory is divided up into eight constituencies (including one for all of the overseas territories).

In France, as in several other European countries (e.g. the Netherlands, UK or Italy), the electoral campaign has been influenced by the strong presence of a Eurosceptic party – Front National (FN) – the extreme-right party headed by Marine Le Pen. Beforehand, the pre-election polls already captured the unprecedented result Front National was heading for, estimating (correctly) that FN would become the largest party in France.

The fervently anti-European FN campaign was supported on the national level by the strong economic crunch that heavily affected President François Hollande’s popularity (which went from 61% in March 2012 to 18% at the beginning of May 2014[3]) and that of his party, the Parti Socialiste (PS), in power since 2012.

Front National did not meet strong opposition, not even on the right, even though the Union pour un Mouvement Populaire (UMP, the main conservative party) gave it a try by reintroducing ex-President Nicolas Sarkozy into the political fray and in turn launching a unequivocally anti-European campaign by using slogans that talked about the suspension of the Schengen treaty and the transfer of half of the EU’s competences back to member states.

In general, it was Front National that dictated the terms and issues of the campaign to the two large moderate parties, who did not succeed in imposing a different agenda nor managed to sufficiently mobilize voters. In fact, according to the pre-election polls, abstention would reach a new record high, beating the already historical level of the 2009 European elections (59,9%).

Besides the issues, the tone of the campaign was way calmer compared to other countries. Marine Le Pen conducted a campaign void of shouting matches, merely pointing to the simple nature of its program and the clarity of its message: no Europe, more France, exit from the Euro and abolition of the Schengen treaty.

Forecasts did not lie: according to official results FN confirmed expectations by becoming the largest party in France, with a whopping 25.0%, while the two big moderate parties (PS and UMP) underwent a substantial erosion of their popular mandate compared to the 2009 European elections, as illustrated in Table 1.

As far as the PS is concerned, the loss is dramatic, especially when compared to the results of the 2012 Presidential elections in which Hollande won the second round with 58.5% of the votes (in the first round he scored 35.4%). The day after the election the prime minister of the current socialist government, Manuel Valls, described the 2014 electoral results as being “an earthquake”, declared that the government will not change its course, but that they already scheduled a tax reduction[5].

Among the other parties, the centre-right party Alternative (a union of the two centre parties: the Union des democrats et independents founded by Jean-Luis Borloo in 2012, and the Mouvement Démocrate of the centrist leader François Bayrou) is the only one that – together with FN – managed to increase its vote share compared to 2009. The good result of Alternative and the hard loss suffered by its natural ally UMP could lead to a readjustment of the power-balance within the centre-right. We also see a net decline for Europe Écologie Les Verts (EELV – the left-wing, ecologist party) that goes from 14 MEPs to 6. At the 2009 European elections it scored exceptionally well (16.3%) under the leadership of the famous French-German writer Daniel Marc Cohn-Bendit (who officially withdrew from politics in April 2014).

Jean-Luc Mélenchon, the leader of Front de Gauche (FG), which hoped to clear the 10% threshold but instead stayed level compared to 2009, declared they were disappointed by the results[6]. Finally, one seat also went to the candidate of Divers Gauche who got elected by the overseas departments. Divers Gauche is not a party per se, but rather a group that includes left-wing candidates that are members of minor parties or are do not belong to any party.

The main result of the election, however, remains the fact that FN for the first time in its 30-year existence managed to become the largest party at the national level, beating its eternal rival UMP. For the European level it is also worth remembering that FN presented itself to the voters not being part of any EU party group. When asked which party group they would join after the elections, Marine Le Pen answered that she wants to found a new party group.

Apart from being the largest party in France, FN is also the largest extreme-right party in a Europe in which the expansion of the right-wing Eurosceptics is undisputable[7]: the Eurosceptics now hold 142 seats compared to 64 in 2009.

Concerning the levels of participation, contrary to the predictions of a new abstention record, the level of abstention actually even diminished slightly: 56.5% compared to 59.5% in 2009.

Several scholars have underlined the second-order nature of the European elections, which means that instead of being an expression of preferences concerning European issues, it tends to assume the role of a referendum on the national government in power (see, for instance, Reif & Schmitt, 1980). In this sense, considering the low levels of appreciation for the current socialist president François Hollande, a good result for the opposition should not have come as a big surprise – if it wouldn’t be for the fact that traditionally this result should have been achieved by the moderate, conservative UMP party and not, as has been the case, the extreme-right.

Notwithstanding the fact that the victory of FN was largely forecasted, the width of the gap between FN and the centre-right UMP remains an impressive result. If we look at the result of the 2009 European elections, in five years the balance of power on the right-hand side of the French political spectrum has radically changed and the roles have been reversed: looking at the 6% FN vote share in 2009, it has practically quadrupled its support (24%), while UMP lost 7 percentage points and got 21% (down from 28%) and has thus become the second right-wing party in the country instead of the leading one.

The PS debacle (and to a lesser extent that of the UMP as well) and the success of FN become even more evident when we look at the geographical distribution of the votes. Figure 1 shows the largest political party in each of the eight electoral constituencies for the European elections.

The map of the votes shows the picture of a country that is skewed to the right. FN is the largest party in five of the constituencies. In the other ones the UMP leads the way.

When we take a look at the role of age groups, FN – differently from PS or UMP – is characterized by a young electorate. According to Ipsos-Steria FN scores best among voters under 35 years of age (about 30%) while with the electoral over 60 y. the results are below the national median (21%).

On the contrary, the UMP is remarkably more popular among those over 60 y. with a vote share of 25%, which is about 4% more than the national median. Also the PS cannot claim it was successful amongst young voters: only 15% of voters under 30 y. chose PS.

Finally, it is interesting to note that it is amongst lower social strata that FN gets its best scores: in the last European elections 43% of the workers voted FN, while only 8% voted PS[8].

European Parliament elections are not general elections, which is why we should be very careful in interpreting these shifts in popular support at the polls. It has in fact been remarked that because it is in the very nature of European elections that they do not have a direct national effect, and that voters therefore tend to express their vote free from considerations on government formation and favour smaller parties (Reif & Schmitt, 1980). However, the French result clearly carries weight on the European level, but especially on the national one. It suffices to refer to the fact that it were in fact the 1984 European elections that marked the historical rise of Front National in the first place (Hainsworth, 2004).

Interpreting the victory of FN solely as an anti-European vote would definitely be a mistake. The European elections in France were held in a context of economic crisis, high unemployment levels and low support levels for President Hollande. These elements could have played an important role in reinforcing the tendency to use the European elections as an opportunity to voice protest (Pertusot & Rittelmeyer, 2014). This interpretation appears to be plausible in the light of some results recently put forward by the Pew Research Center (2014) according to which the majority of French is in favour of the European Union and supports the common currency (i.e. the Euro).

Pertusot ,Vivien and Rittelmeyer, Yann-Sven (2014). The European Elections in France: The paradox of a more European yet more eurosceptic campaign. EPIN Commentary No. 16 / 6 February 2014.

[1] With the exception of the overseas departments that started voting on Saturday 24th May.

[2] The closed list system for the European elections is used in France, Germany, Hungary, Portugal, Romania, Spain and the United Kingdom (except Northern-Ireland).