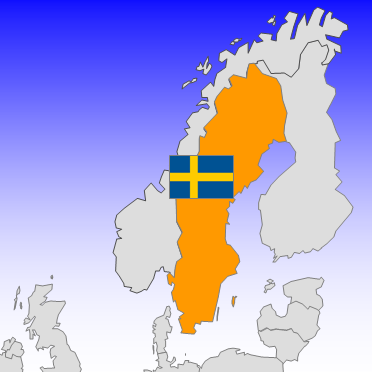 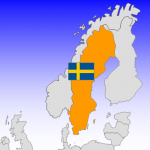 In the 2009 European elections, Swedish voters favoured government parties on the centre-right and gave the cold shoulder to alternatives on both the far-left and far-right. Come 2014, things could not be more different. This is the fifth European Parliament election for Swedish voters and while voter turnout is on the up, support for the mainstream parties on both the centre-left and centre-right is decreasing.

From the campaign to the result: the winners

The voters are instead rewarding those that have emphasised specific issues and concrete alternatives in the campaign, namely green politics, feminism, and nationalism. The Green Party (Mp) achieved an impressive election result, receiving an unprecedented 15% of the votes (Table 1) to become the second largest Swedish party in the European Parliament. Mp considers that this success is the result of focusing on the ‘right’ issues, that is, on issues that are regulated at the European level and where the party knows how to make a difference. Media has paid attention to how Green MEP Isabella Lövin has single-handedly managed to bring about a fundamental change of the European Union’s fisheries policies in the last few years, which arguably has had considerable traction with voters.

The other two parties that have advanced this year are located at both extremes of the political spectrum. As in several other countries in Europe, the far-right is also experiencing a surge in support in Sweden. The Sweden Democrats (SD), with its anti-immigration and EU-skeptic stance, received 10% of the votes and thereby enters the European Parliament for the first time with two seats. Despite the SD having to cancel a number of public election meetings due to violent protests – or, perhaps rather because of this – the party has almost tripled support received in the 2009 election. Besides the Left Party (V), which openly argues for an eventual exit from the European Union, the SD certainly offers voters an alternative EU-stance compared with the centre parties. The party wishes to renegotiate Swedish EU membership, reinstate national border controls, remain outside the EMU, but also, ensure free trade with the rest of Europe. In other words, the party wants to keep Swedish access to the inner market, although without complying with the corresponding regulations. How the party intends to work to advance these issues, which are all regulated at the national level, is uncertain to say the least. There is also uncertainty surrounding what parliamentary party group that they will join, which is essentially a question of whether or not the SD will shift even further right by joining Marine Le Pen’s proposed more extreme far right group. Possibly for strategic reasons to avoid ‘guilt by association’, party leader Jimmie Åkesson has refused to discuss potential affiliations, and it is reasonable to expect that the SD will not reveal what group to sit in until after the national elections this September.

The second Swedish newcomer is located at the opposite end of the spectrum. For the first time in Swedish history, as indeed European, Feminist Initiative (Fi) enters the European Parliament. A new type of political movement based on feminism, the party’s ideology cuts across the socio-economic left-right dimension, but is probably best positioned on the far-left. Having scored around 2% in the 2009 election, thereby falling far below the 4-percentage-threshold, the party just garnered 5% of the votes. While the one seat this grants Fi may sound meagre, it is monumental because feminism has entered the political landscape for real. Party leader Gudrun Schyman has run a remarkable campaign over the last few months, getting considerable media attention by pressing ministers and party leaders on the importance of gender equality and human rights. Their slogan ‘Out with the racists, in with the feminists!’ has found particular traction with voters in urban areas with higher education. At the time of writing, it is still not revealed whether Fi will join the group of the Nordic Green Left or European Free Alliance in the parliament.

From the campaign to the result: the losers

A loser in this election is the Pirate Party (PP), the Swedish initiative that has spread to over 30 countries worldwide. As transparency of state administration has become a key issue for the party, along with free communication and personal integrity on the web, the Snowden affair put wind in the sails of the PP throughout last year. However, the party just scored only 2% and thereby loses its two seats in the parliament. While not as catastrophic as for the PP, parties on the centre-left and centre-right all had a mediocre election. The Social Democrats (S) attracted a disappointing 24% of the vote share, one of their worst results, which grants the party six seats. The S thereby remain the largest party in Sweden and, together with the 6% vote share of the armour-bearer Left Party (V) and the 15% of possible coalition partner Mp, they easily bested their rivals on the centre-right. This includes the Alliance of four centre-right parties that has formed the government since 2006. The liberal conservative Moderate Party (M), the party of current Prime Minister Fredrik Reinfeldt and finance minister Anders Borg, went “all in” during the last few weeks of the campaign, but perhaps too little, too late. Instead, the Moderates slumped to its worst European Parliament election to date, with support dropping from 19 to 13%, and the number of seats decreasing from four to only three. The situation is not much better for its coalition partner the Liberal People’s Party (Fp), which, as the most pro-EU of the bunch, is fighting against the EU-critical winds of the time. While the winners in the 2009 election, the Fp lost almost four percentage points, reduced to a measly 10% and two seats. Things do not look as grim for the Centre Party (C) and the Christian Democrats (Kd), both improving their results with about one percentage point each. As both parties have been hovering around the four-per cent-threshold for the last few months, there was first and foremost a sense of relief in the C and Kd camps Sunday evening as they secured 6.5 and 6% of the votes respectively, thereby keeping one seat each in the Parliament.

Overall, Swedish voters rewarded the Greens and parties on both extremes of the left-right continuum, thus leaving the established parties at the centre in an unattractive state. It is true that parties in government position usually perform badly in European Parliament elections, and that the centre-left has traditionally been poor at mobilising its voters in this election. It is also true that voters cast their ballot more expressively and with fewer calculations in mind in European vis-à-vis national elections. But, a lot was at stake in this year’s European election campaign, and it is obvious that established parties failed to rise to the occasion. For the first time ever, the European Parliament party groups have put forward candidates for the next President of the European Commission, a democratic experiment that Swedish parties have remained surprisingly indifferent to. Neither the parties nor the media paid any real attention to this in their campaigns. Also, with the particular situation Europe finds itself in, and with voter dissatisfaction with the political elite, new policies and ideas are called for. Parties have had ample opportunity to politicise the EU more than in previous elections. Instead, a large part of debates tend to focus on issues that the European Parliament does not legislate, or a confusing set of goals for the EU in the future. Mainstream parties in Sweden have settled on a meaningless mantra perhaps summarized as ‘a slimmer, but sharper Europe’, without any coherent policy programme to go with it: the social democrats want common rules to avoid competition over minimum wages, but at the same time want to keep the right to protect Swedish wages and workers’ conditions. The Moderates want to cut red tape and decrease bureaucracy, but also want to set up a new commissioner portfolio for an improved surveillance of national implementation.

A lot was at stake in this election also because it coincides with national elections in September. Parties have one big campaign this year with extra money to splash. One possible spill-over effect that the European election will have on the national one is more focus on individual MPs, rather than on parties, which was very much the case this spring with top candidates attracting a lot of attention in TV and radio. With regard to actual election results, we can only speculate. The fiasco of M and Fp does not bode well for the survival of the Alliance. Conversely, Mp and Fiare cheered on with this recent success in the next few months of campaigning, if not at least psychologically. At the same time, voters behave differently in national elections and the success of Mp is not very likely to be repeated at the national level. Also, the SD’s 10% vote share yet again reminds us of the fact that nationalism has entered the Swedish political arena and that is seems here to stay. But, the situation is not all bleak. With the success of environmentalism and feminism, at least it looks as if new ideas and new visions are back on the scene.