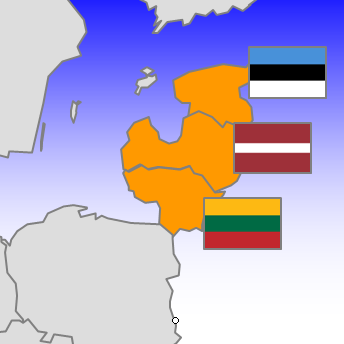 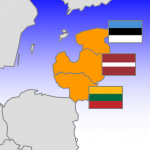 The third European Parliament elections in Estonia were considered a preview of upcoming general elections in spring 2015, above all providing insight to power relations in domestic political scenery. Implementing open party lists as opposed to 2009 enabled the heavy artillery of Estonian politics to go against each other in competing for the title of the most popular politician in the country. Amid the low overall turnout (36.4%), the proportion of e-voters notably increased compared to 2009, reaching to 11.45% of those eligible to vote and to 31% of actual voters (in 2009, 6.5% and 14.7% respectively). Estonia introduced electronic voting in 2007 when it held the world’s first general elections with the possibility to cast the vote over the internet and has since then successfully used e-voting in parliamentary, local as well as European Parliament elections.

During the otherwise drab and eventless electoral campaign, the opposition Center Party attempted to undermine the trust in the Estonian e-voting system by initiating a malicious attack against it only a few days prior to the elections. The team of international experts, brought in by Center, criticized the “serious security vulnerabilities” of the system, with the party then requesting its immediate cancellation. These accusations were publicly announced unconstructive and politically loaded, and the voting procedure went on to take place as planned. The social liberal Center Party has been long known to oppose e-voting claiming that using it leads to politically biased results by structurally favoring some parties over the others. No scientific evidence has been found to support this claim (Vassil, 2014). Ultimately, the campaign against e-voting failed and roughly twice as many people as in previous EP elections voted electronically, showing their support towards the system.

Somewhat unexpectedly, the winner of the elections was the ruling Reform Party gaining 24.3% of total votes and claiming 2 out of 6 seats allocated to Estonia in the European Parliament. The centre-right Prime Ministerial party profited from recent changes in government, having replaced their long-time coalition partner center-right The Pro Patria and Res Publica Union (IRL) with the ideological rival social democrats just two months prior to the EP elections. Although most pre-election public opinion polls predicted the victory to the opposition Center Party, the latter seems to have failed to mobilize their voters. Traditionally known to be more popular among the Russian minority, Centre is further reinforcing its image as a party for Russian-speakers. The only MEP elected from the Center Party, an ethnic Russian Yana Toom, has previously evoked wide public reaction with her radical statements towards Estonia. To the surprise of many, the long-time leader of Center, Edgar Savisaar, did not get elected. The largest opposition party seems to be losing touch with its Estonian voters, which has likely to do with ethnic divide among the electorate following the Ukraine crisis.

Various opinion polls indicate that voting in Estonia is typically more candidate- than party-oriented. Support can be found from the fact that the second popular politician right after the recently resigned Prime Minister Andrus Ansip is the independent candidate Indrek Tarand. Despite a more modest result than in 2009, 13.2% of votes firmly ensured Tarand a seat in the European Parliament. Large support for independent candidates is generally not a wide-spread phenomenon in party-centered Europe but has been considered voting for an “informal opposition” in Estonia. While many other countries face protest voting through the rise of right- or left-wing extremes or Eurosceptics, it has been argued that Estonian voters rather punish the incumbent by voting independent in second-order elections (Ehin & Solvak 2012). Even though the relative victory this time was gained by the incumbent, voters’ strong support for independent candidates does indicate an ongoing frustration with party politics.

The overall election results in Latvia signal widespread support to incumbent government parties and satisfaction with government policies, despite persisting difficulties in the aftermath of financial crisis. Very low election turnout (30.25%), however, is a serious cause for concern and sends out a clear message that Latvian voters consider EU-level issues a distant second to domestic politics.

The firm winner of the elections is the center-right Prime Ministerial party Unity, receiving 46.2% of all votes and yielding 4 out of 8 seats in the EP. The overall vote share of Unity rose by appr. 15% compared to 2009, although due to the formula by which MEP mandates are allocated in Latvia, this did not result in more seats. Keeping in mind the low turnout, it must still be stressed that Unity kept but did not gain a lot more votes compared to 2009 when looking at absolute numbers. Unity’s electoral campaign was run on the basis of economic growth. Party leadership has emphasized the necessity to continue the present day governmental policies of austerity and fiscal discipline, underlining this as the best way to preserve economic growth and reduce unemployment. Similarly to Estonia, in Latvia, too, the popularity of party leaders is considered one of the reasons for its success.

Unity’s coalition partner National Alliance remained a distant runner-up receiving just over 14% of votes and getting one seat in the EP. Just like Unity’s, the vote share of National Alliance has increased since 2009 but did not result in more mandates. With only 6% support predicted in most pre-election polls, the overall performance of National Alliance comes as a bit of a surprise. The reason behind the success might be the prevailing anxiety in Baltic States over the events in Ukraine. The right-wing National Alliance has earned a reputation as always taking a hard stance against Russia and has based their electoral campaign on a wide array of security issues, ranging from energy security (i.e. the need for the EU to have a unified energy policy) to tougher foreign policy and the need to strengthen the EU’s Russia sanctions over the annexation of Crimea. Latvian party system is characterized by ongoing friction between ethnic Latvians and Latvian Russian speakers (Pabriks & Stokenberga, 2006), and National Alliance seems to have managed to turn the security issues into electoral gain. The third partner in Latvian incumbent coalition government, the agrarian Union of Greens and Farmers, received 8.3% of the votes and is entering the EP for the first time.

The main losers of the elections in Latvia were the parties supported by the Russian minority. The largest party for Russian-speakers and currently also the largest party in the national parliament, Harmony Center, received just over 13% of the votes (6% less than in 2009) and Latvian Russian Union 6.4% (3% less than in 2009), both ending up with one seat in the EP. The result is even more unexpected since the leftist Harmony Center was predicted high numbers in the pre-election polls, now leaving the party wondering why it failed to mobilize its electorate. Many experts attribute Harmony Center’s failure to the dominance of the topic of Ukraine crisis in Latvian domestic political debate.

In Lithuania, the EP elections were somewhat overshadowed by the second round of presidential elections taking place on the same day. This prompted a notably higher electoral turnout than in other two Baltic States (47.3%). Although the largest proportion of votes and 6 out of 11 MEP positions went to incumbent coalition parties, the actual winner of the elections by a narrow margin was a conservative Homeland Union, currently in opposition in the national parliament. Receiving 17.4% of the votes ensured the opposition party 2 seats in the EP. Coming in a close second was the Prime Ministerial Lithuanian Social Democratic Party with 17.27% of the votes and 2 seats. These two were followed by the Liberal Movement (16.5%) and right-wing Order and Justice Party (14.3%), receiving 2 mandates each. The remaining three seats were divided between the leftist-populist Labor Party, Coalition – the party representing local Russian and Polish minorities, and the agrarian Lithuanian Farmers and Greens Union (12.8%, 8.1% and 6.6% respectively). The latter is entering the EP for the first time.

Prior to the elections, the incumbent coalition parties ran rather similar campaigns on the basis of more socially responsible policy, ending austerity measures imposed by the previous government and vowing to get more EU structural funding to Lithuania. Order and Justice demanded a popular referendum on whether or not Lithuania should adopt euro (Lithuania will join the Eurozone on the 1st of January 2015), while the party Coalition emphasized issues related to ethnic minorities. The ethnicity question, however, is not nearly as polarizing in Lithuania as it is in Latvia or Estonia due to different national composition, broad citizenship opportunities and favorable legal framework (Jurkynas, 2004).

The relative proximity of coalition parties’ platforms resulted in the fact that during the second round of the presidential elections, incumbent parties rallied behind Zigmantas Balcytis, a presidential candidate of the ruling Social Democratic Party and also a number one candidate on the party’s EP elections list. The opposition parties Liberal Movement and Homeland Union supported the incumbent president Dalia Grybauskaite, who, in turn, expressed her indirect support for these parties in the EP elections. The relative success of the two opposition parties in the EP elections came as a bit of a surprise but Grybauskaite’s victory in presidential elections with a fair margin would allow speculating that a substantial share of her electorate also expressed their support for the opposition candidates who had backed her presidential bid. Furthermore, the general tendency in Baltic States in these EP elections points to the fact that center-right parties have managed to mobilize their electoral base better than their competitors on the left side of the political spectrum.