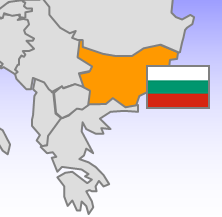 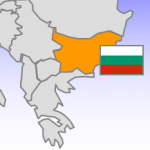 Bulgaria, which formerly belonged to the Communist bloc, entered the EU in 2007. Nevertheless, compared to the other countries of the former Warsaw Pact, the Bulgarian process of European integration was carried out with 3 years of delay; as demonstrated by Noucheva and Bechev (2008), the reasons Bulgaria as well as Romania lagged behind in meeting the EU accession criteria had to do with a set of domestic factors linked to a tortuous democratization process, with relevant veto players and institutional structures that obstructed democratic and market reforms for almost a decade. Despite the acceleration of political and economic reforms beginning in the 2000s, the 2005 Accession Treaty signed with Bulgaria contained a number of safeguard clauses designed as monitoring mechanisms to ensure certain conditions are met before the country can have the full benefits of EU membership; the imposition of stricter conditions to the admission was indicative of the persistence of structural weaknesses (Trauner 2009, Bechev 2013). Seven years after obtaining the status of a Member State, Bulgaria held its third European elections with 15 political parties, 6 coalitions, and 6 independent candidates competing for the 17 seats available. The competition involves two main actors (Rashkova 2013): on the one hand, the heir of the former Communist Party, the Bulgarian Socialist Party (BSP), and, on the other hand, the representative of the center-right, the Citizens for European Development of Bulgaria (GERB) party.

As in all post-communist countries, the specter of a high level of abstention was hovering over the Bulgarian European elections; the adoption of a proportional system through preferential voting for national lists was supposed to give voters more power over which party candidates win office and increase voter turnout. Significantly, since the beginning of the campaign, the outcome of 2014 has been predicted in reference to GERB’s ability to mobilize voters, where the BSP electoral results seemed to be favored in the case of low participation. In the end, with a higher level than the initial estimate, the electoral participation was 36.15%, slightly lower than in 2009 (-2,77%) and definitely inferior to the EU average. The preference was expressed by about 25% of the voters, not without some confusion, as in the case of the BSP: the socialists’ voters ticked not only the 15th list corresponding to the party, but also the candidate with the 15th position in the list, the young Momchil Nekov who eventually displaced the party leader Sergei Stanishev from the top position on the ballot[1]. In the case of the Reformist Coalition, the preferential vote sends to European Parliament the second name on the list, Svetoslav Malinov, replacing the list’s leader, former Commissioner Meglena Kuneva, for the only EP seat the coalition won.

All in all, the center-right party, GERB, got 6 seats in the European Parliament thereby defeating the current ruling BSP who only obtained 4 seats (11,46% less of the votes in comparison with the GERB). The remaining seven seats were divided as such: 4 seats for the BSP coalition partners from the Turkish-ethnic Movement for Rights and Freedoms (DPS), 2 seats for the recently created party led by the journalist-turned-politician Nikolai Barekov – Bulgaria Without Censure (BBT) and 1 seat for the center-right coalition of the Reformist Bloc (RB)[2]. The biggest Bulgarian delegation joins the EPP (6 GERB MEPs), the 4 BSP MEPs join the S&D alliance, and the DPS mandates reinforce the ALDE group. The recently created BBT still has to define the EP affiliation. Most probably, the RB will affiliate with the EPP.

A simple glance at the election campaign allows us to see that beyond the billboards with EU logos and images, the election debate was mainly framed by domestic issues – in particular the performance of the 2013 born rainbow coalition government, formed by the socialist BSP (within the Coalition for Bulgaria with other smaller parties) and Turkish-ethic minority representatives (DPS), a coalition without a parliamentary majority and hence forced to rely on the radical nationalist party Ataka’s support. The lack of a clear parliamentary majority and the highly criticized alliance with Ataka were somehow overshadowed by the protesters storming the streets after the appointment of the shady Delyan Peevski (DPS) as the head of the State Agency for National Security. Protesters called for the resignation of Peevski and the government. Anti-government protesters complained about poverty, corruption and organized crime. In this context, the European elections appeared to be a test for the government from the very beginning. Moreover, the President of the Socialists declared that if the coalition government had received fewer votes than the opposition, then the government would resign and new elections would be held by the end of 2014. In the light of the May 2014 results, a weakened BSP seems to open the gate for a new period of political instability, although according to the latest statements of the socialists’ leader Sergey Stanishev, there is no intention to hold early elections[3].

In brief, as in 2007 and 2009, national issues shaped the themes covered by the electoral campaign (Bechev 2013) recalling Reif and Schmitt’s (1980) observations concerning simultaneous national elections held in each of the EU-member nations without institutionally binding consequences on government or opposition policies. More specifically, for Reif and Schmitt, EU elections have appeared to be second order elections from the very beginning where voters tend to cast their votes on the basis of the main political arena dynamics instead of in relation to the specific context of these elections (EU-related topics). The Bulgarian 2014 European election shares striking features with this assumption that are congruent with their lower level of participation, the brighter prospects for new political parties and alliances, as well as the penalization of the government parties. Through the lenses of this assumption, the outcome of the May 25th elections was mainly crafted by a socio-economic cleavage concerning the pace of the economic management opposing the center-right (represented primarily by the former Prime Minister Boyko Borisov’s party – GERB) to the center-left (represented by the leading governmental party, the BSP). For the BPS, the May 2014 electoral competition was also a personal challenge for its leader – Sergey Stanishev – elected in 2012 for President of the PES. The BSP’s position in the head-to-head with the GERB was not only weakened by its position in government, but also by the challenge of a separate alternative left-wing ballot launched by the former Socialist President Georgi Parvanov, Alternative for Bulgarian Renaissance Movement (ABV) whose lists were led by MEP Ivaylo Kalfin, Bulgaria’s former Minister of Foreign Affairs (2005 – 2009) and leader of the Bulgarian Socialist delegation in the European Parliament in 2009-2014. Note that Kalfio was known to be strongly critical of the BSP alliance with the radical nationalists of Ataka. Last but not least, circumstantial elements have to be taken into account such as the vote-buying scandal in the Bobov Dol mine (votes in exchange for investments and better working conditions)[4]. In the end, the BSP was a distant second to the GERB opposition party, while the ABV failed to pass the implicit electoral threshold. As such, the undisputed winner of the May 25th election was the GERB, who already came in first in the European elections of 2007 and was the ruling party from 2009 to 2013. In line with these results, in the statement issued after the publication of the first official results, Borisov saluted the victory and boasted about the outcome of a “heroic party” that not only had severely defeated its main domestic competitor, the BSP, but also its European counterpart, the PSE. Ironically, Borisov invoked God in order to maintain Stanishev as BSP’s leader for many more years in order to easily win in the next round of elections[5].

Although initially estimated as making up 8% of the vote, the reformist block (RB) registered a rather fragile success, weakened not only by the head-to-head race between the BPS and the GERB, but also by the choice to let Meglena Kuneva to top the coalition’s lists[6] This constellation of 5 small conservative political factions is supposed to join the EPP delegation as well (1 seat). Note that due to the electoral system, voters’ preferences replaced list leader Meglena Kuneva with the runner-up Svetoslav Malinov. Considering the electoral results, the project of a center-right alternative seems to have an unpromising future.

Confirming the permeability of the Bulgarian party system to newly created parties (Spirova and Rashkova 2012), there are several new faces promoted by these European elections including Bulgaria Without Censorship (BBT) – a party created by the television journalist, Nikolai Barekov, whose main political tribune was settled by the protests against the government’s policies after June 2013. He uses a populist rhetoric that combines a critique of the establishment and the fight against corruption in the name of a vaguely defined “capitalism and a market economy with a human face”[7]. The BBT took part in elections in alliance with other smaller parties. Under these conditions, the electoral market of the nationalist parties became particularly competitive and the biggest loser of the elections seems to be Volen Siderov’s Ataka with a Russophile and Europhobic discourse.

The Bulgarian delegation in the European parliament also includes the 4 representatives of the Turkish minority, whose success lies primarily in the characteristics of its constituencies, linked to the ethno-religious minority in Turkey.

After all that has been said, in an electoral campaign monopolized by the head-to-head race between the BSP and the GERB and, in particular, the clash between their leaders, the main conclusion stresses that the interest of the Bulgarian voters for EU elections remains relatively low. The domestic issues prevail over the EU ones. Plagued with political instability, polarization and incertitude (Rashkova 2013_b), Bulgarian politics seem to be a perfect breeding ground for new parties and sparkling political entrepreneurs like Nikolai Barekov, who succeeded in assembling a party and send it to Strasbourg in less then a year.

Rashkova, E. (2013_b) “In the midst of political crisis, Bulgarians are searching for accountability and justice from their government”, LSE EUROPP Blog (http://bit.ly/YzDDiB).

[6] Kuneva entered Bulgarian politics in 2001 and was appointed as Minister of European Affairs in two consecutive governments – first under the National Movement for Stability and Progress (NDSV) with Prime Minister Simeon Saxe-Coburg-Gotha from 2002 to 2005 and then under the BSP that eventually nominated her to be the EU Commissioner in the end of October 2006.

[7] “A controversial newcomer could be kingmaker”, The Economist, March 4th 2014.