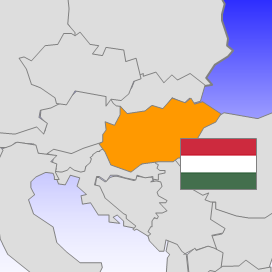 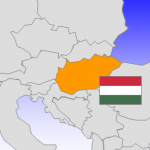 The result of the European elections of 2014 in Hungary is all but surprising. The government party Fidesz got the absolute majority of the votes, the left-wing opposition appears to be more and more fragmented, while the far-right Jobbik remains fairly stable, far from the peaks of popularity obtained by ideologically similar parties in other European countries. However, this apparent calm conceals a quite discouraging political climate, from both a national and a European perspective. The turnout went down to 28.9%, 7 points lower than the previous EP election in 2009, and about half of the turnout registered at the national elections in April. The electoral campaign kept a relatively low profile, although this was mainly due to the difficult media access for the opposition, rather than to an actual lack of conflict. Moreover, in spite of the few seats obtained by the “official” eurosceptical party Jobbik, as readily reported by the Economist[i], the vote to PM Viktor Orbán’s Fidesz is not at all to be regarded as an “euroenthusiastic” choice.

Hungarian citizens voted on May 25 to elect their 21 representatives to the European parliament. However, the important event of the year for Hungarian politics has been the national parliamentary elections on April 6. The closeness to the national appointment further accentuated the “second order” character of the EP elections, where strictly European issues usually play a less important role in respect to national issues (see Reif & Schmitt 1980). The latter included direct attacks between members of different parties, with no great emphasis on substantive policy differences. While concepts such as “left” and “right” are quite widely employed in Hungarian politics (Todosijevic 2004), these terms are mostly used to address political groups in conflict to one another, rather than to describe substantive ideologies (Palonen 2009). In such a context, more focused on the political actors than on the issues, the long campaign for the two elections in 2014 has not been an exception.

After a decisive victory in 2010, the right-wing Fidesz – born at the end of the 1980s as a libertarian student movement and turned over time into a national-conservative party – obtained the control of two-thirds of the Hungarian national parliament[ii]. This result granted Viktor Orbán’s party the power to modify the constitution and, during the last four years, change several rules of the game to its own advantage[iii]. As a consequence, the new electoral victory in April led Fidesz to control two-thirds of the parliament for the second time (see also Toka 2014).

At the same time, the political landscape on the left went through some major changes, all pointing to a greater fragmentation. The defeat of the Hungarian Socialist Party (MSZP) in 2010 led to the formation of other two brand-new left-wing parties, both starring former MSZP members. The first, Democratic Coalition (DK), is led by former PM Ferenc Gyurcsány, who was at the lead of the left-wing government from 2004 to 2009. The second, Együtt-PM, is led by Gordon Bajnai, who became prime minister after Gyurcsány’s resignation during the last year of MSZP’s rule from 2009 to 2010. The three parties joined forces in April in a coalition led by MSZP’s leader Attila Mesterházy, mainly prompted by a strongly majoritarian electoral system, but ran separately for the EP elections in May, which have been held under a PR system with 5% threshold. Finally, another left-wing party worth mentioning is LMP, more focused on environmental issues. In spite of its relatively small size, the party managed to get enough votes to obtain parliamentary seats in both elections.

Another important actor in the Hungarian political arena is Jobbik, a rather extreme right-wing and nationalist party, whose members have been repeatedly accused to hold anti-semitic views. The first relevant result for Jobbik was exactly five years ago, at the European elections of 2009, where the party obtained 14% of the valid votes. This result was followed by a 16% at the national elections in 2010, and by an impressive 20% at the elections last April. However, in mid May the party was involved in a political scandal, as one of its incumbent candidates for the EU parliament, Béla Kovács, was accused to be a spy for Russia. While both the candidate and the party rejected the accusations, the news has been reported by several media, and might have had an impact on Jobbik’s result on May 25. Among all Hungarian parties, Jobbik is the only one taking clear eurosceptical positions.

The campaign for the European elections in Hungary was conducted in a rather passive manner by most of the parties. Fidesz and MSZP did not even bother publishing an electoral program, as an indicator of how low was the interest of the two parties for a substantive debate after the elections in April. In fact, the protagonist of the campaign was Viktor Orbán and his government, to the obvious advantage of his own party Fidesz. This has been the case to a large extent because of the new law on election procedures, which restricts the media access during the campaign for all parties, but not for the government[iv].

Orbán’s strategy during the campaign aimed at presenting an image of the government as the defender of the interests of the hungarians against a European Union that is unable or unwilling to understand the needs of the country. In this way, from its power position, Fidesz tried to appeal to the eurosceptical electorate, entering in direct competition with Jobbik.

Two issues where Orbán followed this strategy have been the cuts to the gas and utility costs for the households[v], and the new restrictions on land ownership to foreign farmers, mostly coming from the neighboring Austria[vi]. Both issues are rather an “echo” of the national campaign, where they have been discussed maintaining, among other things, that the European Union would certainly oppose the government’s struggle to pursue the interest of its citizens[vii].

After “neutralizing” the left at the elections in April, Orbán redirected his attacks against the eurosceptical right-wing of Jobbik, trying to profit from Béla Kovács’ espionage scandal by talking about “treasonous activities” of “a party that considers itself national”[viii]. This can in part explain Jobbik’s loss, compared to the result in April, and Fidesz’ success at an election where eurosceptical parties obtained significant results in several other European countries.

The results: stability on the right, fragmentation on the left

Orbán’s strategy seems to have paid out. Fidesz got 51.5% of the valid votes, about 5 percentage points less than in 2009, but 7 points more than at the national elections in April. This seems to go to Jobbik’s disadvantage, as the party drops from 20.5% in April to 14.7% in May, a quite similar result to the EP elections five years ago.

The left-wing opposition obtains a slightly better result compared to the national elections. This essentially confirms the suspicion that the forced cohabitation in the same coalition did not help the three parties, which gain in total 27.9% of the valid votes, compared to 26% obtained in April by the coalition (inclusive of the liberal party MLP, which did not run for the European elections). However, what is more interesting to point out is the relative similarity of the shares of the three parties. MSZP is still the strongest party of the trio, although its 10.9% represents a quite large loss after the 17.9% obtained in 2009. However, DK is only one percentage point below, on 9.8%, and Együtt-PM follows closely with 7.2% of the votes. This result suggests that the post-MSZP left is passing through a moment of transition characterized by a reorganization of the supply. While the outcome of this process is not yet easy to foresee, it might result into a new left-wing coalition leader different from MSZP. To be sure, the new electoral law, heavily majoritarian, was conceived by he party in government to profit exactly from this fragmentation, at least forcing the three parties to join unenthusiastic coalitions. However, the European elections might have work as an “internal headcount”, questioning the predominant role of MSZP within the coalition, and showing the potential of the two new parties. A case apart within the left-wing block is LMP, which does well enough to pass the 5% threshold and send one candidate to Brussels. In spite of the party’s efforts to propose itself as a different take on left-wing politics, compared to the rather traditional image of MSZP, left-wing Hungarians seem not to be fully convinced of its relevance.

A final remark is about the turnout, which drops 7 points since 2009, reaching the all-time low of 28.9%. This might be in part due to the redundant campaign, or to the lack of interest of Hungarian voters in expressing themselves so soon after a so clear result as the one in April. However, such a low turnout might also reflect the alienation of the electorate from the current political offer, in a political climate where Fidesz is likely to stay in power for long time.

[i] See the Graphic Detail post from May 26: http://www.economist.com/blogs/graphicdetail/2014/05/daily-chart-16?fsrc=scn/fb/wl/dc/acertainideaofdisunion

[ii] Since 1998, Fidesz runs every election in coalition with the christian-conservative party KDNP, including the two elections of 2014. However, given the marginal importance of KDNP within the coalition, in this article I will follow the rather common norm to refer to both parties naming only Fidesz.

[iii] For a detailed explanation of the new rules and how they favored Fidesz at the parliamentary elections in April, see the post in 5 parts by Kim Lane Scheppele on Paul Krugman’s blog on the New York Times’ page: http://krugman.blogs.nytimes.com/2014/02/28/hungary-an-election-in-question-part-1/ (link for the first part)