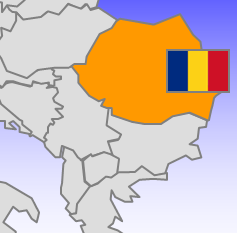 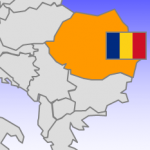 Over the past 25 years, Romania has experienced a complex process of democratization with moments of crisis, economic stagnation, radical nationalism and extreme polarization (Bunce and Wolchick 2006, Soare 2011). Despite Romania’s admission into NATO in 2004, and into the European Union in 2007, the political situation remained unstable, with recurrent institutional clashes between the President, Prime Minister and Parliament, such as in 2007 and 2012 (Gherghina and Mişcoiu 2013) and tough austerity measures that fuelled social tensions.

The European elections in Romania confirmed the Social Democratic Party’s (PSD) upward wave, which was already visible in the 2012 legislative elections. With over 37% of the votes, the PSD and its two small allies received half of the seats available for the Romanian delegation (16/ 32 seats). If it is easy to recognise the winner of the elections, looking for the “losers” seems to be an easy task too. Firstly, the populist parties were kept out of the European Parliament. In the previous European elections, the nationalist Greater Romania Party had 3 seats, while in May 2014 they received only 2,70% of the votes, well below the electoral threshold. In the 2012 legislative elections the People’s Party – lead by Dan Diaconescu (PP- DD) – obtained 14.65% of the votes in the Senate and 13.99% in the House. However, the European elections demonstrate the political deadlock of a party born and bread on the television network of its founder, which has been banned from broadcasting since January 2014 by the National Audiovisual Council. Deprived of its most incisive electoral tribune, the PP-DD obtained only 3.67% of the votes. The other big “losers” are the two main centre-right parties: the Democratic Liberal Party (PD- L) with 12.23% of the votes and the liberals (PNL) with 15%. Although in rough terms, the number of liberal MEPs increased from 5 to 6 in comparison to the 2009 EU elections, the electoral results have been generally understood as a major failure, not only in comparison to the PSD triumph, but also and mainly in view of the presidential election scheduled for the end of 2014. In the case of the PD-L party, the electoral defeat is even more visible considering that the party lost half of its previous delegation in the European Parliament. Part of this failure can be connected to the relative success obtained by the recently created People’s Movement Party (PMP), which gathered 6.21% of the votes (equating to 2 MEPs). Still, the PMP result can only be considered as a partial success; the party scored less than the independent candidate Mircea Diaconu and the Hungarian Alliance (UDMR) and well below the pre-election expectations[2]. Last but not least, an independent candidate succeeded in reaching the European Parliament. Similar successes were registered in the 2007 and 2009 EU elections. In 2007, the Hungarian pastor László Tőkés was elected with 176,533 votes (3.44%), and in 2009 the President T. Băsescu’s daughter, Elena Băsescu, was elected with 204,280 votes (4.22%). In 2014, following various judicial vicissitudes, a new independent candidate managed to attract the spotlight and a broad electoral support. Mircea Diaconu, a well-known theatre actor, as well as a former PNL senator and Minister of Culture, found himself out of the lists of his party and decided to stand alone. The outstanding result goes beyond the success of collecting the necessary number of signatures (100.000 signatures) in order to register as a candidate, considering that he did not benefit from the financial and logistical support of his former party. Diaconu received indirect support not only from the PSD Prime Minister, Victor Ponta, but also from the media trust Intact Media Group directed by the PC’s founder – Dan Voiculescu[3]. Devoid of a real electoral program, Diaconu sought to establish direct contact with the voters and preached in favour of a restored relationship between Europe and the Romanians, the latter being too often and unfairly seen as second-class citizens. Hence the slogan of his campaign was: “I speak the truth about our country”[4].

The election campaign and its main players

In a political landscape in turmoil, for the third time in seven years, the Romanian voters are being asked to cast their preferences for the European Parliament. 15 political parties and electoral alliances and 8 independent candidates have officially registered[5]. Even though Europe has been a constant reference on the main election billboards or in the main parties’ official programs, internal issues have prevailed in the electoral debates. Since the beginning, the electoral competition has been marked by a polarization around the personality of the incumbent President, T. Băsescu. On the one side, there are the two parties directly related to the political career of the current President of Romania: the Liberal Democratic Party (PD-L), the party T. Băsescu was leader of before his first election to the Romanian Presidency in 2004, and the new PMP. On the other side, there is the winning coalition of the 2012 legislative elections, whose members were in government until recently: the PSD, the PNL, the small Conservative Party (PC) and the National Union for the Progress of Romania (UNPR). In February 2014, the PNL leadership decided to break the Social-Liberal Union (USL) and to withdraw from the government following regular clashes with the PSD. On the eve of the European elections and in preparation of the upcoming presidential elections, the PNL’s decision was an open bet, eventually lost. The representatives of the Hungarian minority in Romania (UDMR) occupy a pivotal position with interchanging alliances between the two polls.

In the context of the 2014 campaign, the issue most covered by the media was that of the controversial photos of President Băsescu wearing a t-shirt with the PMP logo, one of the parties registered in the campaign. These pictures were posted by the PML leader on her Facebook account under a symbolic heading “Traian Băsescu with the young men and women of PMP”. In those pictures, the President was wearing a T-shirt with the slogan ‘Vote for PMP”. According to the Romanian Constitution, the President is defined as “a mediator between the powers in the State, as well as between the State and society” (art. 80, 2), while according to art 84§2, “during his term of office, the President of Romania may not be a member of any political party, nor may he perform any other public or private office”[6]. In line with these constitutional dispositions, the Prime ministered asked the Constitutional Court to clarify if the President overpassed his prerogatives. Meanwhile, President Băsescu denied a violation of the Constitution since “he is entitled to wear whatever clothes he wishes”, provokingly adding that “he will vote for the People’s Movement Party because voting is not illegal. “I will vote for the People’s Movement Party. You asked. If you hadn’t asked me, I wouldn’t have answered. (…) I’m voting for the People’s Movement Party”[7]. Four days before the Election date, the President eventually won the dispute between President Băsescu and Premier Ponta when the Constitutional Court ruled on President Băsescu’s involvement in the EP campaign.

In parallel, the European elections’ campaign was seen as a test-run of the presidential elections scheduled for November 2014. Symbolically, a lot of electoral posters reproduced the images of the main parties’ potential candidates for the presidential elections. In this context, beyond the forecasted candidacy of Prime minister Ponta on behalf of the Socialists, a major player was the PNL and, in particular, its leader Crin Antonescu. The PNL’s sudden decision to exit the coalition government in February 2014 was a prelude to the candidacy of its leader in the presidential elections. However, the 15% electoral result (-22,60% in comparison with the PSD) was attributed to lack of strategy. It is also interesting to note that the PNL leadership decided to re-assign its MEPs from the ALDE group to the European Popular Party. This political realignment was interpreted as a last strategic attempt to fight back the PSD on the European battlefield by hampering the chance of a socialist candidate to be appointed as the head of the European Commission[8]. This move was also interpreted as a first step ahead for an alliance for the presidential majority with the PD-L, former coalition partner in 2004.

In this electoral landscape, we can find elements of the founding cleavage the Romanian post-communist political life: the opposition between ex -communist vs. anti- communists. This issue has often been used by the PMP and the PD-L to distinguish themselves from the PSD whose origins led to the former PCR (Pop Eleches 2008). The exhortations of one of the most well known representatives of the PD-L MEPs, Monica Macovei, are quite significant. To motivate a vote in favour of the PD -L, Macovei criticized the alleged betrayal of the interests of Eastern Europe by the social democrat Martin Schultz – the Socialist candidate for the presidency of the European Commission. Schulz was also criticized for his attempts to calm the tensions with Russia, as well as for blocking the criminal investigations of corruption being conducted on the Romanian MEP, Ovidiu Silaghi (then PNL, today PSD). According to a syllogism that is fairly rudimentary but symbolic for its anti-Communist rhetoric, in synthesis to vote for the PSD lists was equated with voting against the interests of Romania and in favour of a pro-Russian President of the European Commission[9].

The UDMR is in a quite different position; its constant electoral successes are largely due to the characteristics of the ethnic vote. The EU was also not the core of the electoral campaign. At the opening of the election campaign, the UDMR president symbolically declared that the vote on May 25th would have contributed to the dearest objective of “bringing Südtirol and Catalonia[10] in Transylvania”, an implicit support for the UDMR’s aim to obtain regional autonomy for its ethnic basis. He continued on the same line “our interests can only be represented by Magyars MEPs (…). If we do not enter (na – the EP), our place will be taken by the Romanian MEPs. This is about our future”.[11] Consistent with these positions, European issues such as multilingualism and decentralization were present in the UDMR’s electoral statements.

Among the participants in the May elections, there were also the representatives of the national- populist family: the PRM and the PP-DD. Rather peripheral in the public debates, both parties promoted a discourse focused on issues such as the defence of national unity and dignity, criticisms over the political establishment and a tougher fight against corruption. The PRM’s slogans were quite symbolic: “Vote with the Patriots, not the mafia!” or “Patriots vote the PRM!”. The PP-DD slogan followed the same tune: “On May 25th vote with a Romanian soul!” However, both parties’ election results placed them below the electoral threshold.

Rather than a campaign of ideas or a debate between different visions on Europe, the 2014 election campaign has been a tribune for the potential presidential candidates with elections scheduled for November 2014. This gives us a certain sense of déjà vu: European elections with a low participation and a strong emphasis on national issues like in 2007 and 2009. Given the results, Romanians have casted a vote of confidence for the current coalition government and penalised the two main representatives of the centre-right, the PD -L and the PNL. The shockwave of the results was immediately felt by the latter: Crin Antonescu and the PNL direction resigned and an extraordinary congress was scheduled for the end of June 2014. Without the direct support of the President Băsescu, the PD -L halved its mandates (from 10 to 5), although the total number of Romanian in the EPP group will most likely be strengthened by the 2 MEPs from the PMP and the 6 liberal MEPs. The success of the PSD also has a European consequence, which goes beyond the fact that the PSD’s two smaller allies obtained half of the mandates available: the Romanian socialists are the strongest delegation coming from a post-communist country. Note that the electoral participation registered a slight increase (+ 4.77 compared to 2009), but remains lower than the European average.

[4] According to the official internet site of the candidate – http://www.mirceadiaconu2014.eu/