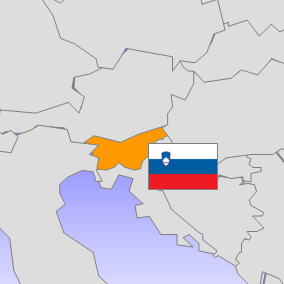 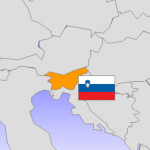 EU was almost completely absent from the third Slovenian elections to the European Parliament. In times when official campaign for the EP elections took place domestic political crisis finally erupted in its whole complexity, although even before it no really visible signs of European elections atmosphere could be detected either within political parties, publics and nor even media.

At the end election results in a way confirmed a typical second-order character of EP elections in a part that is related to the opposition and new alternative parties’ election success (Reif and Schmitt 1980), although 2014 EP election results in a country primarily needs to be related to the highly idiosyncratic national political circumstances through the whole pre-electoral period. The prism of national parties micro level conditions, as well as state’s macro level circumstances seem to be central explaining determinants of the Slovenian electoral atmosphere.

In general the attitudes of Slovenian parliamentary parties towards EP elections were very much reserved. Both, coalition and opposition parties had not officially declared neither their election intentions nor even the list of the candidates competing almost until one month before the elections, when official deadline for the submission of the candidates’ lists needed to be submitted. Therefore parties did not initiate any comprehensive EU related election identities and even those parties that had their representatives in the EP 2009-2014 session quite rarely referred to their own MPS’s and their work.

The preliminary analysis of the already mentioned party attitudes could be – although very partially – explained with the generally low public satisfaction with the EU and demands from Brussels towards the country which had been for a long time regarded as one of the most matured candidate for the “troika visit”. On the other hand, internal crisis in a) domestic political parties’, b) parliamentary as well as also c) governmental arena, together with a low level of political culture that was especially seen through low political trust and satisfaction (Toš et al. 2014) explained distant and calm attitude towards the EP elections inside the country.

In the beginning of 2014 serious internal crisis in Positive Slovenia (PS), the leading coalition party was officially disclosed, pointing to the division of the party in two blocks. One block was close to the PM Bratušek and governmental coalition agenda, and the other to the party’s founding father Janković, mayor of the capital city of Ljubljana, who needed to step down from the position of the party president due to the set of corruption accusations.

Further on the second biggest coalition party of Social democrats (SD) similarly fought their internal party leadership struggles that ended with almost self-nomination of the party leader as a holder of the party list for the EP elections. The third coalition member, party of the retired people (DeSUS) in the beginning of the election year officially declared their non-participation in the elections due to their internal party austerity measures, and related own internal cost-benefit calculations for non-success. However, later on the party gave its name to the ex- For Real (Zares) MEP Vajgl who lost its party base in the middle of the EP 2009-2014 term due to the instability of the party structure.

Similarly the main opposition party Slovenian democratic party (SDS) faced their internal party crisis mainly due to the trails of their party president Janša accusing him of taking bribes in the procurement of military equipment from Finland’s Patria Oyj. The other two opposition parties, centre-right Slovenian people’s parts (SLS) and Christian democratic New Slovenia (NSi) decided to form pre-electoral coalition and attended the EP elections with a joint list. This was the first attempt of that kind for the EP elections on the right end of the political spectrum so far. Citizens list (DL) as the fourth opposition party, and alike the coalition government member Positive Slovenia (PS), a highly successful new comer of the national 2011 parliamentary arena, had in times of EP elections fought with their internal party democracy problems that affected their capacities and chances to compete at the EP elections, too.

Due to the civil society protest movements that took place at the end of 2013 also a couple of new political parties were formed afterwards (like Solidarnost), one completely new party that was leader-focused (Believe, run by ex-president of the Court of Auditors, Šoltes) and a new alliance party run by EP MEP Kacin (ex-Liberal democracy of Slovenia (LDS) in term 2009-2014, now a candidate on its own list Kacin Specifically) who lost his party identity because of the disappearance of LDS from the political scene in times of his EP MEP’s term of office.

It is no surprise that in such confused circumstances Slovenian EP electoral campaign experience was non-structured, very much blurred, without any visible image and short-termed as well. It remembered to a mixture of various types of campaigns, from pre-modern, modern to post-modern (Farrell and Schmitt‐Beck 2002; Whiteley and Seyd 2003). The winning party SDS campaign was recognisable through its direct interpersonal communication and support from other European politicians, campaign of second best party NSI-SLS by its USA driven campaign model approach, while SD which gained one MEP was, except some negative campaign inputs, similar to SDS approach. Igor Šoltes’s list Believe campaign was in particular branding Šoltes as a new, fresh and positive political actor on the political scene (Rtvslo 2014; Siol 2014). Party campaigns were mainly lead through their homepages and also parties and candidates own social networks, like Facebook and Twitter. Traditional forms of applied campaign techniques and material were used in very limited scope.

Almost all competing parties prepared by scope short electoral programs which were available on-line on their webpages. The main issues emphasised in the programs referred either to the EU related democratic deficit topics, as well as national-EU related topics, concerning the role of the country in the EU and specific actual financial, economic, employment, social justice and youth policy issues. Except DeSUS and Believe that are not yet members of any European party group all the other winning parties closely referred their programs also to their European parties groups’ manifestos.

Media interest for the campaign was, compared to other past electoral campaigns, very limited and focused on a couple of confrontations on the national television and radio and short contributions in printed and web media. The campaign was moderate and quite ‘peaceful’, with only slight negative campaign issues, mainly addressed towards Igor Šoltes’s list Believe which at the end won 1 MEP seat, and in the SD campaign speech towards SDS party leader Janša due to his Patria trials. Media related campaign issues quite atypically for the existing Slovenian circumstances closely referred to the parties election programs contents. Also Eurosceptic related topics and national political crisis were emphasised, but mainly in the frameworks of media driven campaign.

Voting is based on the proportional system with preferential votes. The country as a whole constitutes a single electoral district. The division of seats is performed for the country as a whole, with seats being allocated to candidate lists under the d’Hondt method. No fixed threshold for obtaining MEP’s position is defined in such electoral system (DVK 2014).

As seen from the election results in the table right-centred parties of SDS, SLS-NSi, all members of EPP won the majority seats of Slovenian quota of 8 MEP seats in EP. Although successful the 2014 results was quite relative compared to 2009 EP elections – SDS gained even less votes than in 2009, while also NSi and SLS together gathered less votes than in 2009. Established left-centred parties faced a huge election failure with around 20 % loss of votes compared to 2009. Additionally also the leading coalition party of PS was not even able to collect enough votes to win at least one seat. A kind of a surprise of the elections are a new party Believe and so far not on the EU political floors active coalition party DeSUS, both gaining their first success at the EP elections. Additionally the voting results also pointed to an increase in the number of votes for “other” parties which can be explained with the fact that also the number of competing parties from 2009 to 2014 increased from 12 to 16.

The preliminary analysis of the Slovenian elections to the EP 2014 show a quite clear pattern of the Reif and Schmitt’s (1980) national second-order election character, despite that some later analytical conclusions pointed that the applicability of the second-order election theory in “new” member states, particularly those joining in 2004 (e.g. also Slovenia), may not be as straightforward as it is in “old” member states (Hix and Marsh 2011). At the same time 2014 Slovenian experiences clearly confirmed also a three decades old finding from “old” member states that the EP second-order election results are significantly influenced by the situation in the first-order arena at the national level (Reif 1984).