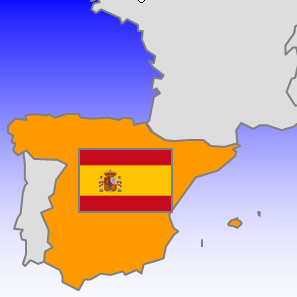 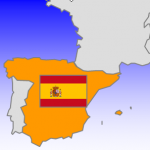 Once more, and as is typical in Spain (see for instance Font and Torcal 2012) the main messages and discourses of the electoral campaign were made in national (and not in European) terms. Elections took place when the incumbent government (Partido Popular, PP: conservative) was in the middle of its mandate and had already implemented a number of controversial political decisions. On the top of that, there was a general climate of distrust and disaffection with political elites and traditional political parties without precedents in Spain.[1]

The most relevant topic of the campaign (and again in national terms) has been the beginning of the end of bipartisan rule. Citizens’ levels of disaffection with traditional political parties and elites have reached their maximum in the history of the Spanish Democracy. Especially after a long period of social mobilization and protest that since the organization of the 15M movement (los indignados) in 2011 has constantly promoted protest initiatives during the PP mandate.

European Elections constitute the best scenario for small parties to obtain a higher percentage of representation since the use of only one nationwide electoral district favors a higher level of proportionality, and the number of votes required to obtain a seat is smaller than in General Elections. Despite the fact that the majority of small parties have based their campaigns on critics towards Spain’s nearly bipartisan party system, the two main parties (the incumbent PP and the main opposition party: PSOE, socialdemocrats) agreed upon organizing a television debate only between their respective candidates but not including any other candidates.

This debate, again, focused on Spanish national problems (basically a discussion about who should be blamed for the deep economic crisis in Spain and its consequences), with a complete lack of discussion about potential projects for the future of Spain in Europe. Another topic that was debated extensively during the electoral campaign was the independence of Catalonia and its potential consequences for the inclusion of Catalonia in the European Union.

Turnout projections were very pessimistic, since they predicted the highest level of abstention since the first 1986 European elections in Spain. Consequently all parties called for participation in their campaigns. Finally, participation has been similar to previous elections. More specifically, electoral turnout in European Elections gradually decreased during the 1986-2002 period. Since then it has been stable around 45% (Figure 1). This figure however is significantly lower than turnout at the General (national) Elections where for example in 2011 a 69% of electors participated. This suggests that even if all parties campaigned on the importance (and need) to participate in the European Elections, Spanish citizens still consider the latter as “second order” Elections. (Reif & Schmitt 1980).

Source: Own elaboration on data from the Ministerio del Interior

Figure 2 shows a decrease in electoral support for the two main parties in Spain: PP and PSOE. In absolute terms, both lost around 2.5 millions of votes, which implies a decrease of 15% of the total vote. Indeed this has been the worst result obtained by the PSOE in a European Election since 1986. The fact that that the Socialists conceived this election as a plebiscite of the incumbent’s mandate, and of their own performance as the main opposition party, motivated the resignation of the main party leaders, which was announced the day immediately after the elections. In contrast, the incumbent PP has positively interpreted these results, pointing out the fact that they have obtained the highest percentage of electoral support and seats in the European Parliament. In fact they are one of the few European political parties (together with CDU in Germany and PD in Italy) that while being the incumbent has won the elections.

Figure 2. Percentage of vote to different parties in European Elections.

Source: Own elaboration on data of the Ministerio del Interior

Overall, left wing parties have enjoyed greater support in this election. The vote share of PSOE, Izquierda Unida/Iniciativa por Cataluña (IU/ICV), Podemos, Los Pueblos Deciden (LPD) and Primavera adds up to more than 50% of the valid votes. At the regional level, it is also worth noting that in Catalonia the main nationalist left wing party (L’esquerra pel dret a decidir) received 4% of the votes, defeating, for the first time, the main nationalist right wing party Convergència i Unió (CIU).

A possible interpretation of the results of this election is that large traditional mainstream parties have been the main losers, while small parties (some traditional and some new) have widely benefited from these losses. On the one hand, the party located at the left from PSOE: IU/ICV has tripled its vote share. On the other hand, relatively new parties like UPyD have doubled their vote share. At the same time, newly created parties, such as Ciudadanos or Podemos, won more than 3% of the votes. The most remarkable success has been that of Podemos, which won 8% of the vote in the first election the party had ever contested. This party was created only four months before the elections and campaigned on a simple critical message against the political system and its main parties and institutions, focusing on issues such as corruption, lack of internal democracy, or politicians being out of touch with citizens. That is, a discourse, which was clearly at odds with mainstream politics and focused on reinvigorating citizens’ political engagement through a new style of politics very much against the establishment. In fact, Podemos intended to be the political choice not only of those electors who were willing to punish mainstream left parties, such as PSOE or IU, but also of those who had abstained in previous elections but wanted to participate again as a consequence of the politicization experienced through the increase of political conflict since the onset of the Great Recession in Spain.

Another peculiarity of the Spanish case is that, even if non-mainstream parties have enjoyed increasing support, none of these parties can be classified as overtly anti-European. This clearly contrasts with other European countries where parties clearly opposed to European integration such as, UKIP in the UK, the FN in France, or AfD in Germany, enjoyed great support.

In sum, small non-mainstream parties (Podemos, Ciudadanos, UPyD, Primavera) have won around 20% of the votes (see Figure 3), while traditional small parties (IU/ICV, CEU, EPDD) have increased their vote share winning also 20% of the votes. The great support of these parties, together with the fact that traditional mainstream parties have received, for the first time, less than 50% of the votes, has generated a debate among political commentators and leaders of small parties about the end of bipartisan rule. However, even if we cannot predict the results of future elections, it is worth pointing out that European elections have certain particularities that differentiate them from general elections. Firstly, European elections are usually considered “second order” elections. This might increase the likelihood of citizens’ voting new parties, or parties that, a priori, have less chances of gaining representatives, such as Primavera, Ciudadanos or Podemos. Secondly, the use of a single national district in European elections increases the degree of proportionality in the translation of votes into seats. Hence, some electors who do not live in densely populated provinces may choose to vote for these parties in European elections, but they might vote strategically for larger parties in national elections, because these are the parties more likely to gain seats in low magnitude districts.

Although it is still soon to predict the end of bipartisan rule in Spain, the capacity of new parties to address the demands of the average citizen through a new style of politics implies a great challenge for mainstream parties. The latter seem to be aware of this challenge, since PSOE leaders have already argued for the need to revitalize and reform their party through a process of open primaries. In this regard, the results of the European elections can be considered a manifestation of citizens’ dissatisfaction with the economic crisis and its related consequences such as unemployment or evictions, but more importantly, as an expression of citizens’ political disaffection and their critical stance towards mainstream politics. Hence, it seems that these elections might represent the start of a new era in Spanish politics. An era where political elites might need to change their strategies and get closer to their representatives.

Figure 3. Evolution of support for mainstream and non-mainstream parties in European elections in Spain (1986-2014)

Source: Own elaboration on data of the Ministerio del Interior

[1] According to the latest wave of the European Social Survey in Spain, the average trust on political parties is of 1.87 (and for a scale that ranges from 0 to10 where 0 means a complete lack of confidence).