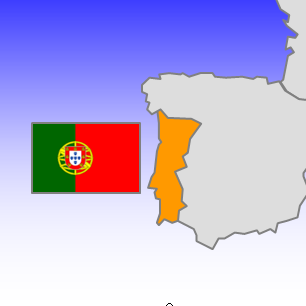 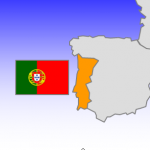 Portugal is experiencing a huge economic and social crisis that has not triggered – at least until now – significant changes in the political system, as it happened in Greece or Italy. The financial default of the Portuguese state led the three main parties – the Socialist Party (PS), the Social-Democratic Party (PSD)[1] and the Social-Democratic Centre-Popular Party (CDS-PP) – to sign in April 2011 a three-year bailout with the so-called troika (International Monetary Fund, European Commission and European Central Bank). The memorandum of understanding established the implementation of structural reforms based on a neoliberal agenda in exchange for a 78 billion euros bailout (Moury and Freire 2013). The program terminated just when the electoral campaign took off (4 May) and inevitably influenced not only party programmatic orientations, but also the political debate and the main issues of competition. The 2014 European elections were thus the opportunity for Portuguese voters to evaluate the austerity policies adopted by the right government (PSD and CDS-PP) led by Prime Minister Pedro Passos Coelho (in office since June 2011).

The electoral campaign started with the debate about the “post-troika” scenarios, that is, whether Portugal would follow the Irish example with a “clean exit” from the external intervention or whether the government would request a program of financial assistance. While the government announced the decision to reject additional aids, the electoral competition focused on the responsibility of the two main parties to cause the external intervention and the austerity policies that followed the bailout (see Magalhães 2014). The PS’ strategy aimed to make the European elections a referendum against the government, blaming the right coalition to aggravate the economic and social situation with its neoliberal orthodoxy. On the other hand, Passos Coelho emphasized the successful exit from the program and the socialists’ bad management of the 2008 crisis, considering the PS the only responsible for the Troika intervention. The campaign developed towards an increasing personalization around the former socialist Prime Minister José Sócrates (in office from 2005 to 2011), who was addressed by right parties as the main blamable for the economic and financial crisis.

Radical left parties campaigned more on European issues than governing parties. The Portuguese Communist Party (PCP) – one of the most orthodox communist parties in Europe (March 2011) – has always adopted euro-skeptic stances, severely criticizing both the political and economic dimensions of European integration (Lobo and Magalhães 2011). In the electoral campaign this criticism assumed clear nationalist tones due to the external intervention. Besides this, the communists accused the three main governing parties (PS, PSD and CDS-PP) to represent the “domestic troika”. On the other hand, the Left Block (BE) adopted a relatively positive position towards the political integration of the European Union, although it severely criticized the economic and social dimensions (Fernandes and Pereira 2014).

While the right coalition presented a pre-electoral alliance through a joint list of candidates under the label “Portugal Alliance”, the left was much more fragmented. Two new forces emerged from the BE: the MAS (Socialist Alternative Mouvement) and the LIVRE, led by the ex-MEP Rui Tavares. The first is an extremist left party with strong euro-skeptic positions, whereas the second displays a positive – but critical – stance towards the EU and a more open attitude towards the socialists.

The results: a bitter victory or a sweet defeat?

Portugal elects 21 MEPs, one less than in the previous European elections. The vote is based on a proportional system with a national district and closed party lists.

The second interesting aspect is the marginal victory of the main opposition party. Taking into account the expectations of the socialist leadership, the result obtained by the PS (31.5%) has a bitter taste, especially if we consider that the competition presented ideal conditions for an excellent performance of the opposition. The extremely high levels of government dissatisfaction, high rates of prime minister’s unpopularity, as well as high levels of unemployment (more than 15%) and a difficult economic recovery were all factors playing in favor of the PS.

Actually the “perfect storm” for the right government did take place, and this is confirmed by the results of the right coalition: 27.7% of the votes and the election of 7 MEPs (three less than the 2009 elections). The final results were disappointing even considering the worst scenario prospected before the elections. The two right parties lose votes throughout the country, especially in the north, which is their traditional stronghold.

Despite the collapse of the government, the PS was not able to benefit from voters’ dissatisfaction towards the austerity policies. Who won then the elections? Two contenders were particularly successful. The first is the PCP, which increased both its number of MEPs (from two to three) and its vote share. However, the main surprise came from the MTP, an ecologist party which has always had a poor performance in both European and legislative elections (below 1% of the votes). In the 2014 elections the MPT obtained 7.1% of the votes, electing two MEPs. This success was due, in the first place, to its top-candidate Marinho e Pinto, an ex-journalist and well know lawyer. In addition, this excellent result was based on its anti-establishment discourse: the MPT not only campaigned in favor of the renewal of the political elite, but also against Brussels’ technocracy, its disproportionate bureaucracy and the lack of legitimacy of its political elite. Many observers did not hesitate to criticize the populist nature of this discourse, although deprived of the direct democracy component typical of populist parties. Despite this, the MPT rejects the euro-skeptic position adopted by the two radical left parties, displaying a rather vague orientation on this topic. The distribution of the vote is relatively homogeneous, which reflects the gains of the votes from the two main moderate parties. The MPT performed very well in some districts in the North and the coast (Porto, Aveiro, Viana do Castelo, Coimbra), while in the south its vote share is above the national average.

To conclude the analysis of election results, we need to emphasize the defeat of the BE (just 4.6% of the votes) and the poor performance of the LIVRE (2.2%). The protest vote against the austerity policies inflated blank and invalid votes, which achieved significant figures (3.1% and 4.4%, respectively).

The results of the 2014 European elections will certainly influence the next legislative elections (scheduled for 2015). The poor performance of the socialists has strengthened internal criticism towards the leader and a competition for the leadership is taking place. António José Seguro, the PS secretary-general, will compete against António Costa, the mayor of Lisbon, who seems more popular and more effective than the current leader. On the other hand, the results of the right coalition, although negative, seems to give them some chances for the next electoral contest, especially if we take into account the relatively positive evolution of the economy forecasted for the next year. However, it is still unknown whether the two parties will present separate lists or whether they will form a pre-electoral alliance as happened in the last European elections. Radical left parties are also expected to change their strategy, especially the BE and the LIVRE, with the aim to consolidate their popularity and increase their competitiveness with regard to the PCP.

The main lesson that we can draw from these elections is the crisis of the main parties to maintain their basis of support, while dissatisfaction towards the political elite is growing fast. The high levels of mistrust towards parties, the lack of clear alternative programs and the growing distance between parties and citizens are some of the main problems that moderate parties have to solve in order to avoid a political earthquake. The semi-presidential system, the significant impact of leaders on voters’ choice and the mass media personalization are some of the elements that pose serious threats to the hegemony of the main governing parties. Portuguese voters have already displayed their availability for new solutions and alternatives. It remains to be seen whether traditional parties will learn the lesson or whether they will ignore the need of change that comes from civil society.

Magalhães, Pedro C. (2014), “The Elections of the Great Recession in Portugal: Performance Voting under a Blurred Responsibility for the Economy”, Journal of Elections, Public Opinion and Parties, 24 (2), pp. 180-202.

[1] The Social-Democratic Party is a conservative-liberal party affiliated to the European Popular Party.