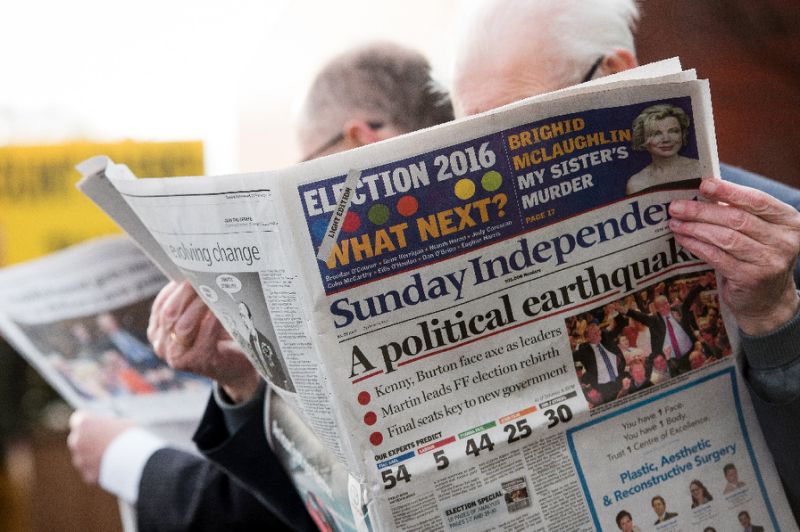 Vincenzo Emanuele, what is your paper about? Why is it innovative?

This article, published on Party Politics in 2015, was written together with Alessandro Chiaramonte, professor at the University of Florence; and it mainly deals with the topic of institutionalization of party systems, which has a very long history, but has not been so much debated so far, for Western European countries. By institutionalization of party systems we mean stability and predictability of the model of inter-party competition within a given country. We have an institutionalized system when the model of inter-party competition is stable and predictable over time, that is, when there are the same parties for a long period of time and these parties tend to keep the same relations and interactions among them. A clear example of institutionalized system is the Italian First Republic, where Christian Democrats used to govern together with the other secular parties, and the opposition was consistently made up of the Communist Party on the one side and the Italian Social Movement on the other. Similarly, during the Italian Second Republic, there has been a phase of institutionalization of a bipolar system, where – despite the high fragmentation of the system – the competing actors were two main coalitions. Such stability also helps voters to feel more attached to a single party at the moment of casting their vote. Contrarily, when there are new political forces constantly emerging, old parties disappearing, voters suddenly changing their vote choice between elections, we have a basically de-institutionalized system. The reason why this topic is interesting is its impact on democracy in terms of accountability and quality of the democracy itself, as the presence of a de-institutionalized system makes everything more uncertain, from the formation of governments to the responsibilities that citizens attribute to the majority parties.

What are the weaknesses you found in the literature as for this topic? And what new conceptualization do you propose for this category?

In the field of political science, when one proposes a theory, this should be followed by an empirical operationalization, turning the concept into an indicator that permits to measure and compare – in this case, different political systems – on the basis of the definition which has been provided. Well, the main weakness, besides the scarcity of studies on Western Europe we mentioned before, lies in the fact that all scholars agree on the definition of institutionalization we provided, but they disagree on the empirical operationalization. The first who studied these topic were Mainwaring and Scully, who dealt with Latin America, more specifically focusing on the process of democratization in that area after the 1980s dictatorships. Yet later on, scholars resorted to examining institutionalization through electoral volatility as the only indicator used in practical application. We argue that this is, in fact, a crucial indicator to understand changes in party systems, but also that it is only one of the components defining the concept of institutionalization. That is to say, it is a necessary but not sufficient condition.

Then what are the other conditions?

According to our conceptualization, the process of de-institutionalization is based on three necessary but not sufficient conditions. First, electoral volatility; the reason why it is not sufficient is that it may just come from an exchange of votes among established parties: the majority party loses votes to the benefit of the opposition party, as it has been the case in Britain for 150 years, first between Liberals and Conservatives, then between Labourists and Conservatives. This does not mean that the party system is de-institutionalized, as it may just be expression of democratic vitality. So it’s necessary that besides electoral volatility there be another condition, which we call ‘party system regeneration’. It means that volatility is significantly determined by the entry into the system of new parties, or by the exit of old ones that fade away. This replacement – better, this regeneration – creates unpredictability. Inter-party competition patterns cease to be predictable as soon as a new actor comes into play which has never competed with the others, which has never taken part to government coalitions and therefore makes it impossible to forecast how it will take sides in the future – the easiest example to be made is the Five Star Movement in Italy in 2013. The same happens when a longtime actor disappears: the Christian Democrats party, linchpin of the Italian political system from 1945 to 1993, suddenly disappeared, inevitably disrupting the entire political framework. The more volatility consists of regeneration the more potentially de-institutionalized the system will be. Yet this is not enough. There is a third element which is time. Institutionalization is a process, and like any other process it needs time to be completed. So it is not enough to have high electoral volatility and a high regeneration; we need these two conditions to last over a period including several consecutive elections. In that case, we will be able to say that the party system is going through a de-institutionalization process. Italy, between 1992 and 1996 has definitely experienced a process like that. Similarly, Greece did it too, after the 2008-2012 economic crisis. These definitions help distinguishing the concept of de-institutionalization from the broader and more vague idea of ‘party system change’, usually linked to electoral volatility only, and from the idea of ‘critical election’, which goes back to Key’s studies in America, and refers to only one election bringing considerable changes. On the empirical level, starting from this conceptualization, we created a dataset to gather information about volatility and its internal components – something that had never been done before – for around 350 Lower House elections in Western Europe, from 1945 to nowadays.

A feature emerging very clearly is what we defined as ‘bias towards stability’, namely a tendency towards stability in the period between 1945 and the pre-crisis period of 2008-2009. During this phase Western Europe showed very high institutionalization levels, with one of the few exceptions being France, a typically unstable country. As the economic crisis emerged, the political framework entered a process of deep change and especially the south European countries – Greece, Italy, and Spain – presented an accelerated trend towards de-institutionalization. As for Italy, there had already been something similar in the early 1990s, with the shift from the First to the Second Republic; but generally speaking, the de-institutionalization trend began after the outbreak of the economic crisis between 2009 and 2010, when it started being perceived in Europe and political systems changed. It is no coincidence that most Western European party systems recorded their most volatile election precisely in the last few years: in 2012 Greece experienced the most volatile election in Western European history; other highly volatile elections occurred in Italy in 2013, and in Spain in 2015. Also the Netherlands maintain high levels of de-institutionalization, and even the often neglected Iceland experienced the unpredictable replacement of longtime majority parties. And this is the most important feature of this phenomenon, the loss of power of dominant parties: let’s think about the PASOK, which was the hegemon party together with New Democracy in Greece, or to the difficulties that PSOE is facing with the emergence of Podemos. It is still a work in progress, which needs to be investigated.

Your analysis concerns Italy, too. How de-institutionalized has the Italian party system come to be after the shift from the First to the Second Republic and most importantly in light of the ‘electoral earthquake’ of 2013?

After twenty years in which a bipolar dynamic hardly and slowly started to catch on, the Second Republic system fell down after the election of 2013. And so did the dominant bipolar competition model, as can be distinctly seen from the volatility and regeneration level, to which the Five Star Movement clearly contributes, as well as Scelta Civica. The embryo of a new tripolar system came into existence, but we actually cannot say to what extent it was the result of a one-off election or the consequence of a new system that is going to get stabilized in the future, giving rise to a new pattern and dynamic. It is a change process, partly exogenous, as deriving from society, and partly endogenous, as generated by the changing political elites. Among these two processes though, there must be a further element, namely the electoral system, which we don’t know yet. Whether the tripolar system will crystallize or it will turn into a new majoritarian system will depend on whether the electoral system will be a proportional one or not. It’s a situation of great uncertainty and unpredictability; what we can say is that Italy entered a process of de-institutionalization; what we cannot say is whether – and how – it will be able to get out of it.

Looking at the future, what can we expect for Europe with regard to the evolution of this process?

In Western Europe instability and unpredictability tend to grow, making it hard to form governments in an increasingly high number of countries – we saw what happened in Spain and Belgium – and maybe we are going to see it in the Netherlands, too. Previous models of interaction among political elites lose ground, partly because vote choices changed, shifting towards anti-establishment parties, partly because the elites themselves tend to present different political offers in different elections. There are parties coming out from scratch – like the Five-Star Movement – but also fusions, splits, parties changing their name, and all of these things provoke instability within the system. There’s also a spin-off of this article, which is another contribution published on Party Politics in 2016, which is about new parties and the so called ‘party system innovation’, that is part of the regeneration component we were talking about. That article shows how, during the last five or six years, party systems have experienced a broader change than during the previous sixty-five years. If the trend were to be the same over time, we would see a sort of avalanche, a dramatic acceleration: we live in a period of volatility at all levels, where everything happens fast and the new options for political communication via social networks contribute to make this whole change even faster.

How does this paper fit into the broader research project you are working on?

I’ve been working on a research project for three years so far, together with Alessandro Chiaramonte, about the institutionalization of party systems all-around: we want to study what it is, what are its causes and its consequences. As for the causes, there is another work we are finalizing, which is focused on the determinants of this process, to understand to what extent they have changed over time. The factors determining stability seventy years ago are partially different from those determining it nowadays. We wondered then what was the impact this process on the quality of democracy.

Then, there is another interesting feature I investigated with Bruno Marino, regarding the interaction between a de-institutionalization context and the role of individual candidates, what is called the ‘personal vote’. More specifically, we focused on the region of Calabria in an article published on Regional & Federal Studies in 2016, where we analyzed the role of the ‘Lords of preferences’ in a de-institutionalization context where the relationship between parties and voters loses ground and candidates are instead proved to be the main anchoring of the system.

Finally, another work-in-progress is about the inclusion of Central and Eastern European countries in this research framework: as Western Europe becomes increasingly de-institutionalized, Central and Eastern Europe tends to become increasingly stable. So it is a question of whether there is going to be a convergence between the two areas, two worlds that have always been considered apart so far. Data show an asymmetric convergence between the two regions, given by the fact that Western Europe becomes increasingly similar to Central and Eastern Europe, rather than the other way around. This last topic is also the object of a paper I wrote together with Alessandro Chiaramonte and Sorina Soare, of the University of Florence, which I will present next month at the Midwest Political Science Association Conference in Chicago.