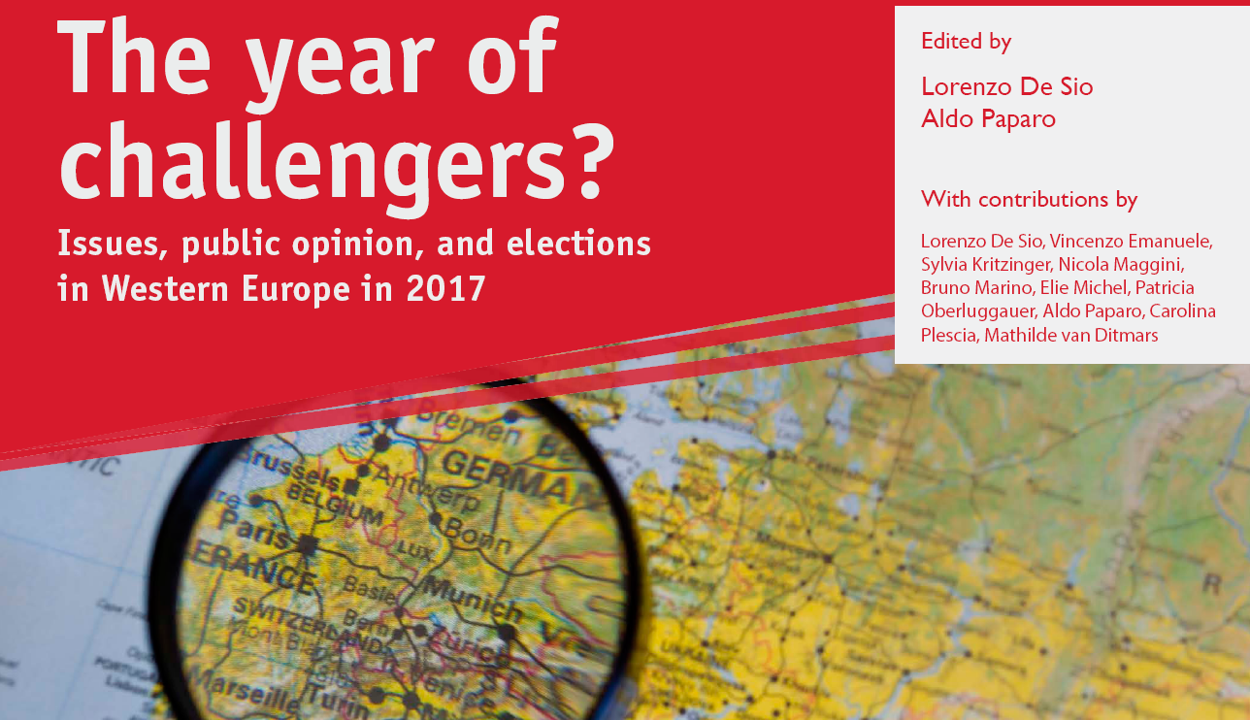 The year of challengers?
Issues, public opinion, and elections in Western Europe in 2017

Within the seven-month period going from mid-March to mid-October of 2017, five Western-European democracies held their general elections: the Netherlands, France, the United Kingdom, Germany, and Austria. This provided an exceptional opportunity to study public opinion structures in these countries in the particularly turbulent context that followed disruptive electoral developments such as the Brexit referendum and the election of Donald Trump. To exploit this opportunity, the CISE launched an innovative comparative research project to empirically assess before the elections the preferences of different national electorates on a variety of policy issues; to map issue opportunity structures available to political parties; and to interpret electoral results and potential government coalitional prospects in the lenses of these freshly collected data.

While deep national differences emerge, our investigation also highlights common traits. All across Europe, public opinion seems to share a general consensus over a few key orientations. First of all, attitudes unfavorable to immigration. In each country, strong majorities support positions of cultural demarcation, when confronted with binary choices. Secondly, voters appear to desire a certain degree of socio-economic protection from the negative consequences of contemporary economic transformations. This is a general picture, which mainstream parties have often failed to recognize, or, at the very least, to rationally react to. In particular, classical social-democratic parties no longer appear the first option for voters interested in economic redistribution; while traditional conservative parties have lost credibility on cultural demarcation.

However, there are remarkable exceptions to this pattern. In particular in the UK, where both mainstream parties have been able to maintain their credibility as capable of delivering traditional social-democratic and conservative goals – such as economic protection and cultural homogeneity, respectively. Clearly, the first-past-the-post electoral system has helped British major parties to protect their votes from challenger raids. Nevertheless, similar cases are also present in continental Europe, in pure proportional systems. Namely, Mark Rutte in the Netherlands and Sebastian Kurz in Austria; who have proved electorally successful for their center-right parties by incorporating cultural demarcation in their platforms, thus limiting the expansion of radical right-wing alternatives (such as those of Geert Wilders’ and Heinz-Christian Strache’s parties).

These are just a few highlights of a much larger amount of research collected in this volume, which also presents post-electoral notes for each of the included countries, as well as some specific in-depth contributions on electoral forecasting or result analysis.