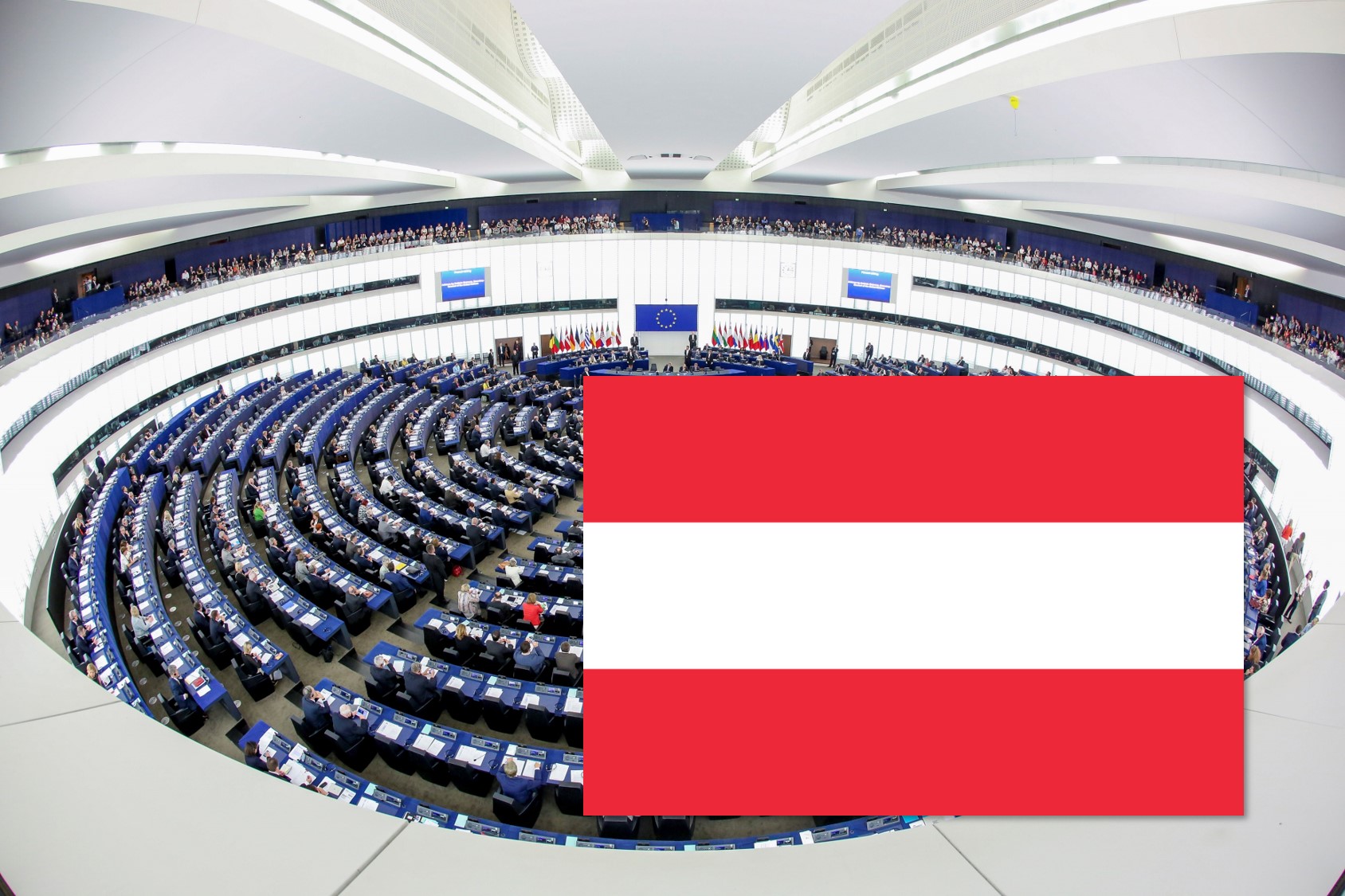 On May 17, 2019, the campaign for the European Parliament election 2019 came to an abrupt halt in Austria. That evening, the German newspaper Süddeutsche Zeitung and the German magazine Der Spiegel released a video that resulted in one of the biggest national political scandals in Austrian history, now known as “Ibiza-gate”. In the video – secretly recorded shortly before the national election in 2017 – the FPÖ-party leader Heinz-Christian Strache and deputy leader Johann Gudenus revealed modes of illegally funding the FPÖ, promising government orders at inflated prices to a purported niece of a Russian oligarch in a villa in Ibiza. The video caused the collapse of the coalition government between the right-wing Peoples’ Party (ÖVP), led by the Chancellor Sebastian Kurz, and the populist-right Freedom Party (FPÖ), led by the Vice-Chancellor Heinz-Christian Strache – who has been in position since December 2017 – and resulted in a snap-election to be held in early September 2019.

The scandal and the subsequent government crisis redirected the attention of political commentators, politicians and citizens to the national level, making the European Parliament election per se, as well as parties’ positions on European integration, politically irrelevant. Still, the EP-election served as a first nationwide ‘poll’ on how the parties are likely to perform in the upcoming national election in September. The 2019 EP-election taking place on Sunday, May 26, was thus not even second-order (Boomgaarden et al., 2016), but can be characterized as a pre-test of the upcoming national snap-election.

The EP-Electoral Campaign before Ibiza-gate

Seven parties decided to run in the 2019 EP-election. Beside the two parties in government – the ÖVP and FPÖ – all parties currently represented in the parliament ran for election. Namely, the Social Democrats (SPÖ), the liberal New Austria (NEOS) and the List Now (Liste Jetzt), which supported the electoral list 1 Europe, whose leading candidate was a former MEP of the Greens. Additionally, the Greens and the Communist party (KPÖ) also decided to run. The Greens are no longer represented in the National Council after failing to reach the threshold of 4% in the last national election in 2017 (Bodlos and Plescia, 2018) – but they were still represented in the European Parliament with 3 MEPs. Overall, in 2019, fewer parties participated in the EP-election than in 2014 (Plescia and Kritzinger, 2014).

Apart from the FPÖ, all parties can be considered pro-European. The Greens campaigned for a European social union and a common tax system; the NEOS even supported the establishment of the United States of Europe. The SPÖ was less favourable towards European integration by comparison, and mainly campaigned for a Europe attentive to the needs of its citizens – not to financial interests – and thus largely overlapping with Green demands. All three parties also campaigned on avoiding a Rechtsruck – that is, containing the electoral success of populist right parties – in the upcoming EP-election. The KPÖ can also be classified Euro-friendly but, overall, did not gain a lot of attention throughout the campaign.

While Sebastian Kurz worked hard in presenting himself as well as the ÖVP as a clear pro-European party – especially after having formed a coalition with the Eurosceptic FPÖ in 2017 –, two weeks before the 2019 EP election he caught media attention both nationally and Europe-wide by making a number of Eurosceptic statements. These included condemning European overregulation and calling for a substantial reform of the European Union and its institutions.

Overall, however, in 2019 the FPÖ was the only clearly Eurosceptic party in Austria. But even the FPÖ has changed its discourse substantially since 2014: an ÖXIT (Austrian exit from the EU) was no longer on the FPÖ agenda and the party rather focused on campaigning for more national sovereignty.

As mentioned, however, ‘Ibiza-gate’ overshadowed the EP election campaign during the week immediately before the election.

Austria has a proportional system, with a threshold of 4% and the possibility for the voters to express a preference vote for a single candidate. However, to obtain a mandate in the 2019 election, a party needs to obtain around a 5% vote share. Seats are distributed within a single national constituency. All citizens older than 16 years old can vote in the EP-election.

As in most other countries, electoral participation increased substantially in Austria, increasing from 45.4% to 59.8% – an increase of 14.4%. Only in 1996, when Austria could vote for the first time in an EP-election after becoming a member of the EU, was turnout higher (67.3%).

This year, the ÖVP won a landslide victory with 34.6% of the vote, distancing the second place party, the SPÖ, by 10.7%. This is an increase of 7.6 percentage points for the ÖVP compared to 2014, while the SPÖ obtained 23.9% of the votes (-0.2 percentage points). Interestingly, the FPÖ was able to contain its losses and ‘only’ lost 2.5 percent of votes on last time out, resulting in 17.2% vote share. The NEOS obtained almost as many votes as in 2014 (8.4%, +0.3 percentage points). At the same time, the Greens did exceptionally well with 14.1% (-0.4 percentage points) of the vote, especially when considering that the party only won 3.8% of the popular vote in the last national election in 2017. The EP-election 2019 seems to have put them back on the political scene. The 1 Europe list and the KPÖ obtained 1% and 0.8%, respectively – far below their expectations.

In terms of seats – taking into consideration that Austria receives 18 seats before Brexit and 19 afterwards – this means that the ÖVP could gain two additional seats – it presides over 7 – while the SPÖ still holds 5 seats in the Parliament. The FPÖ as well as the Greens lost one seat each, and now hold 3 and 2 seats, respectively, while the NEOS, as in 2014, can send one MEP to Brussels. After Brexit, the Greens are set to win the additional seats assigned to Austria.

Interestingly, the possibility to express a preferential vote has been widely used in this EP-election, with entire party lists (particularly that of the ÖVP) being overthrown. Mr. Strache – who was at the centre of the Ibiza-gate scandal – was symbolically ranked last on the FPÖ-party list, yet has received more than the necessary 33,500 preferential votes, which provides him with a seat in the new Parliament.

Discussions of the results

While the first half of the European election campaign focused on European issues and ideas on how to reform the EU, the last week was completely dominated by the government crisis.

The clear winner of this election is the ÖVP, which not only gained 7.6 percent more votes than in 2014 but is also the party with the largest vote share in Austria. The Greens can also be considered election winners: After the debacle in the national election 2017 that resulted in the loss of parliamentary representation at the National Council, the EP-elections 2019 were about political survival. They not only won back the voters they lost in the national election but were able to obtain a similar electoral result to 2014 – a result that could hardly be envisaged beforehand. The vote loss of the FPÖ was rather moderate in light of speculation about the consequences of Ibiza-gate. It seems that the FPÖ was able to mobilize voters of its own party who would not normally vote in EP-elections. Furthermore, by presenting itself as a victim rather than a perpetrator of Ibiza-gate, it motivated its voters to vote all the more for the FPÖ. The NEOS won more votes than in 2014, but they had hoped for an additional seat.

There are two clear election losers. The first one is the SPÖ. As the biggest opposition party, the SPÖ was not only unable to profit from Ibiza-gate, but rather lost support compared to 2014. With a weak leading candidate as well as party leader, the party’s (non-)handling of the Ibiza-gate led to the worst ever result in a nationwide election. The second election loser is 1 Europe. Though it had a very prominent candidate – Johannes Voggenhuber – its electoral campaign, as well as the previous intra-party conflicts at the national level, resulted in only a 1% vote share.

Though Austrian parties started the EP-campaign largely focused on European issues, national political turmoil dominated the last 10 days of the EP-election campaign. Thus, the EP-election 2019 in Austria was a clear second-order election – or rather effectively as an early national election poll. The Austrian case shows just how quickly national politics can dominate European politics, with European issues and problems losing out once parties are forced to zoom in on national politics. There is therefore still a long way to go before European-wide elections can be considered equally important to national politics. To a certain extent, this is bad news for policies that need common European understanding and problem-solving, such as climate change or taxation. So there are two takeaway messages: turnout finally increased in the EP-election of 2019, but it also showed that the national arena is still the centre of political activity.