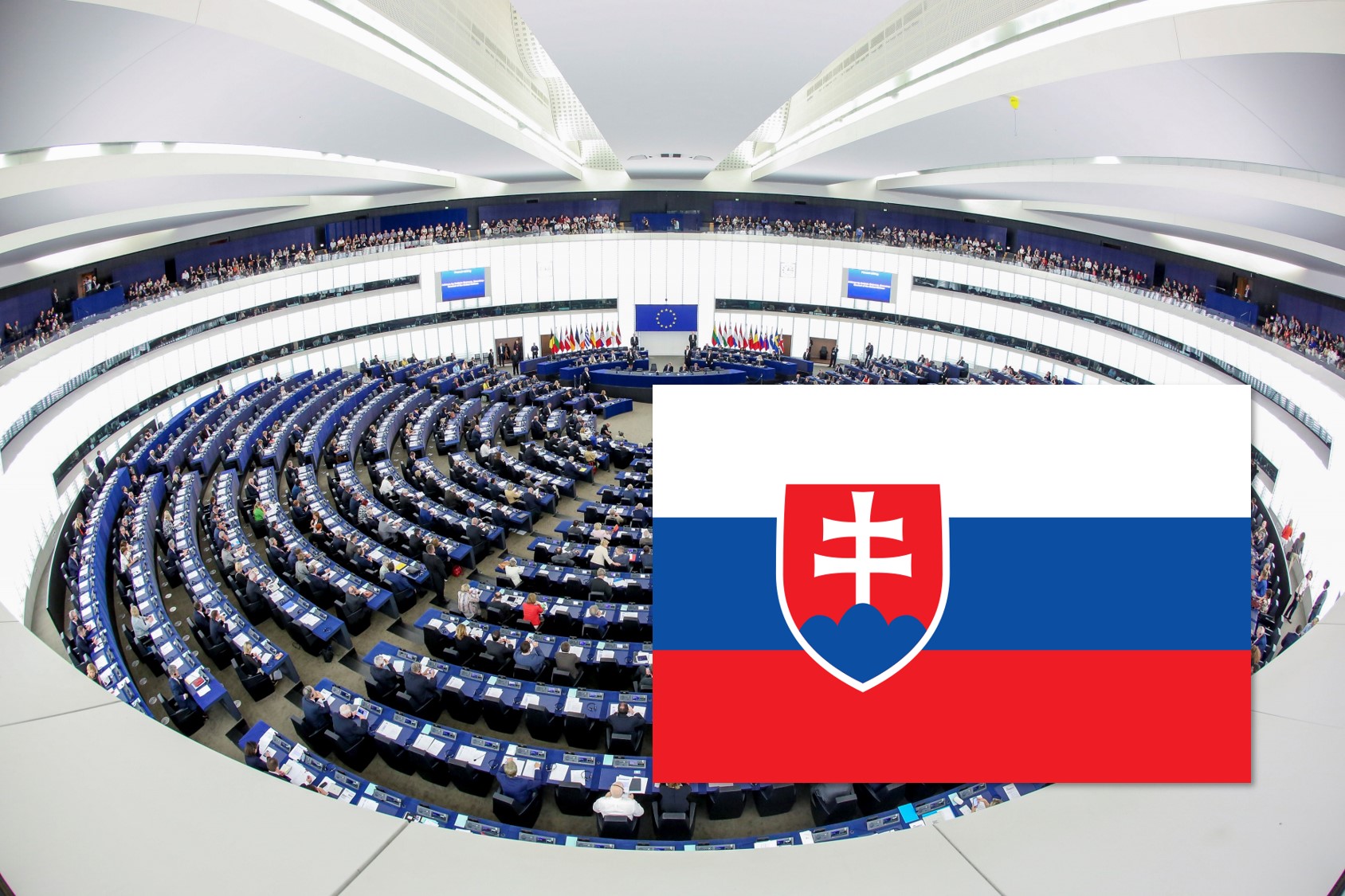 On May 25 European Parliament (EP) election was held in Slovakia, the fourth of its kind since the accession of the country to the EU. Two points are worth mentioning in the beginning. First, the turnout increased considerably since the previous election in 2014. However, with roughly one in four voters who attended the election, it was still the lowest number in the whole EU. Second, the results confirmed substantial changes in political life in the recent development of Slovakia with essential implications for the upcoming years.

In line with other EU countries, the elections are held under proportional representation rules. Similar to general elections, there is only one constituency that comprises of the whole country. The threshold is set to five per cent, which effectively bans smaller parties from obtaining the seats. Similar to several other member states, Slovakia does not allow its citizens to vote from abroad in EP elections. The country elects 14 members of the EP (MEPs), however until the realisation of Brexit it will have only 13 seats.

Background and the Campaign

In 2016 general election Slovakia experienced huge shifts of its party system. The strongest party SMER-SD repeated its previous victories, however it lost a considerable part of its support. Similarly, populist and antisystem parties gained parliamentary representation, including the extreme right People’s Party-Our Slovakia (LSNS). As a reaction, the new coalition government that consisted of SMER-SD and its junior partners proclaimed to become the so-called ‘barrier against extremism’ (Rybář and Spáč, 2017).

Following the murderer of investigative journalist Jan Kuciak and his fiancée in February 2018, massive demonstrations were held across the whole country (cf. Mesežnikov and Gyarfášová, 2018). The protestors demanded early election and independent investigation of the crime. After a series of these public protests, several members of the government including the longterm Prime Minister Fico stepped down. On the other hand, the parties in government refused to call for an early election, thus not fulfilling the main aim of the protestors. As a result, the support of governing parties and primarily SMER-SD declined what was confirmed by both the 2018 local and 2019 presidential elections. 2019 EP election thus found the country in a rather dynamic atmosphere.

In Slovakia, the timing of the European election is essential. Every five years in spring, the direct presidential election takes place. The presidential rally belongs to the most critical competition in the country and receives substantial interest of political parties, society and media. In 2019 the second round of this election took place on 30 March and until that time the issue of EP election was marginal at its best. While the campaign before presidential election lasted for about one year, the campaign for EP election took roughly one and a half months.

Despite its short duration, the drive before the election was reasonably visible. In comparison to the 2014 EP election with its invisible campaign (Spáč 2014), overall the political parties were more active in mobilising their supporters. This was mainly true for two new parties Progressive Slovakia and Together – Civic Democracy that emerged at the end of 2017 and later formed an electoral coalition (PS/S) with a strong pro-EU stance as well as for liberal Freedom and Solidarity party (SaS) the main opposition force in the parliament. Similarly, the extreme right LSNS was very active even though in 2016 it started a petition to hold a referendum about the withdrawal of Slovakia from the EU and NATO. On the other hand, the governing parties and especially SMER-SD held only a feeble campaign similar to previous EP election in 2014.

In respect to topics, the campaign in Slovakia did not contain a dominant issue. Most parties reflected at least some of recent dilemmas such as security, immigration, double standards for food quality, environmental protection and further development of EU integration. The stances of parties ranged from openly pro-EU to Eurosceptic. Along LSNS the latter category included the governing Slovak National Party (SNS) and a new entrepreneurial party We are Family – Boris Kollar (WF-BK) which entered parliament in 2016. Shortly before 2019 EP election the WF-BK joined ranks with parties of Marine Le Pen and Matteo Salvini and was reluctant to condemn the scandal of Austrian Vice-Chancellor Strache. Together LSNS, SNS and WF-BK blamed EU from discriminatory practices (double standards of food quality), negatively evaluated its immigration policy, labelled its activities as a liberal threat to a more conservative Slovakia and as a ‘dictate of Brussels’ and called for weakening or even abandonment of sanctions against Russia (cf. Gabrižová, Geist and Koreň, 2019). In this regard, the intensive campaign by extreme right LSNS led more pro-EU parties to stress the risk of spread of extremism not only in Slovakia but in the EU as well. Hence, they used the LSNS as a mobilising topic for their supporters to attend the EP election and avert the risk of a rise of extremism in politics.

The results of the election confirmed the dynamic development in the politics of Slovakia. The coalition PS/S secured more than 20 per cent of votes and won with nearly a five per cent margin. The coalition gained four seats in the EP. The election was also a success for LSNS. After scoring less than two per cent in the 2014 EP election, the extreme right party increased its gains considerably. LSNS ended third with more than 12 per cent of votes, and thus it obtained two mandates.

On the contrary, the election was catastrophic for the three governing parties. Similar as in 2014 EP election, the support of SMER-SD declined substantially. In 2009 the party dominated the EP election with more than 32 per cent of votes and five seats out of 13. Ten years later its vote share halved, and its number of seats dropped to three. For its two junior coalition partners, the nationalist SNS and Hungarian party Bridge (Most), the results were even worse. Both these parties were unable to pass the threshold of five per cent and remained without any representation in the EP. Because of another Hungarian party, the Party of Hungarian Community (SMK) ended just below the threshold, for the first time since 2004, Slovakia will have no MEP from this ethnic minority.

The parliamentary opposition experienced mixed results. While SaS secured two seats (one more than in 2014), the anti-corruption Ordinary People and Independent Personalities (OLaNO) barely passed the threshold to receive one mandate. The cooperation of WF-BK with Marine Le Pen and Matteo Salvini did not provide the result that the party expected as it scored only three per cent of votes and no seat in the EP. Finally, the election was a triumphant comeback for the Christian Democratic Movement (KDH) that dropped out of national parliament in 2016. The party received nearly ten per cent of votes and obtained two seats (one of them after Brexit). Hence, in terms of gained seats, none of the EP groups got the upper hand in Slovakia.

2019 EP election provide essential insight into the politics of Slovakia. Although the turnout increased to nearly 23 per cent (from 13 per cent in 2014), it remained the lowest among all EU member states. In comparison to the previous EP election, the campaign in 2019 was more intensive and had a stronger mobilisation effect. On the other hand, Slovakia partly suffers from the timing of the vote. The occurrence of the highly visible presidential rally only two months before the competition to the EP places some limits in this regard. First, the duration of the campaign before the EP election is short and lasts around one and a half months what provides only limited opportunities for parties to attract the society. Second, the long-lasting campaign before the presidential election leaves the people tired from voting what makes it harder for parties to persuade them to attend another vote in just a couple of weeks again.

A more critical issue, however, are the results of the EP election. For the first time since 2006, SMER-SD did not win a national election to a collective body. After a series of disappointing results in recent years, the party that once dominated the Slovak party system is following a steady declining trend. The failure of its junior coalition partners to acquire any seats in the EP only confirms that Slovakia experiences vast changes in its political scene.

On the one hand, the victory of coalition PS/S shows that new liberal parties are increasing in power. Their position might even improve providing the finishing, and popular president of the country Andrej Kiska establishes his own party and joins forces with PS/S. In such a case this formation will have relevant chances to win the upcoming general election in spring 2020 and become the senior governing party. On the other hand, the success of LSNS indicates that also protest and extremist appeals find their support among a substantial part of society. With the decline of SMER-SD as well as SNS, the extreme right LSNS might be able to gain more supporters and become a constant player in the political map of Slovakia. Overall, the 2019 EP election showed that there are significant trends to observe in the upcoming time in Slovak politics.