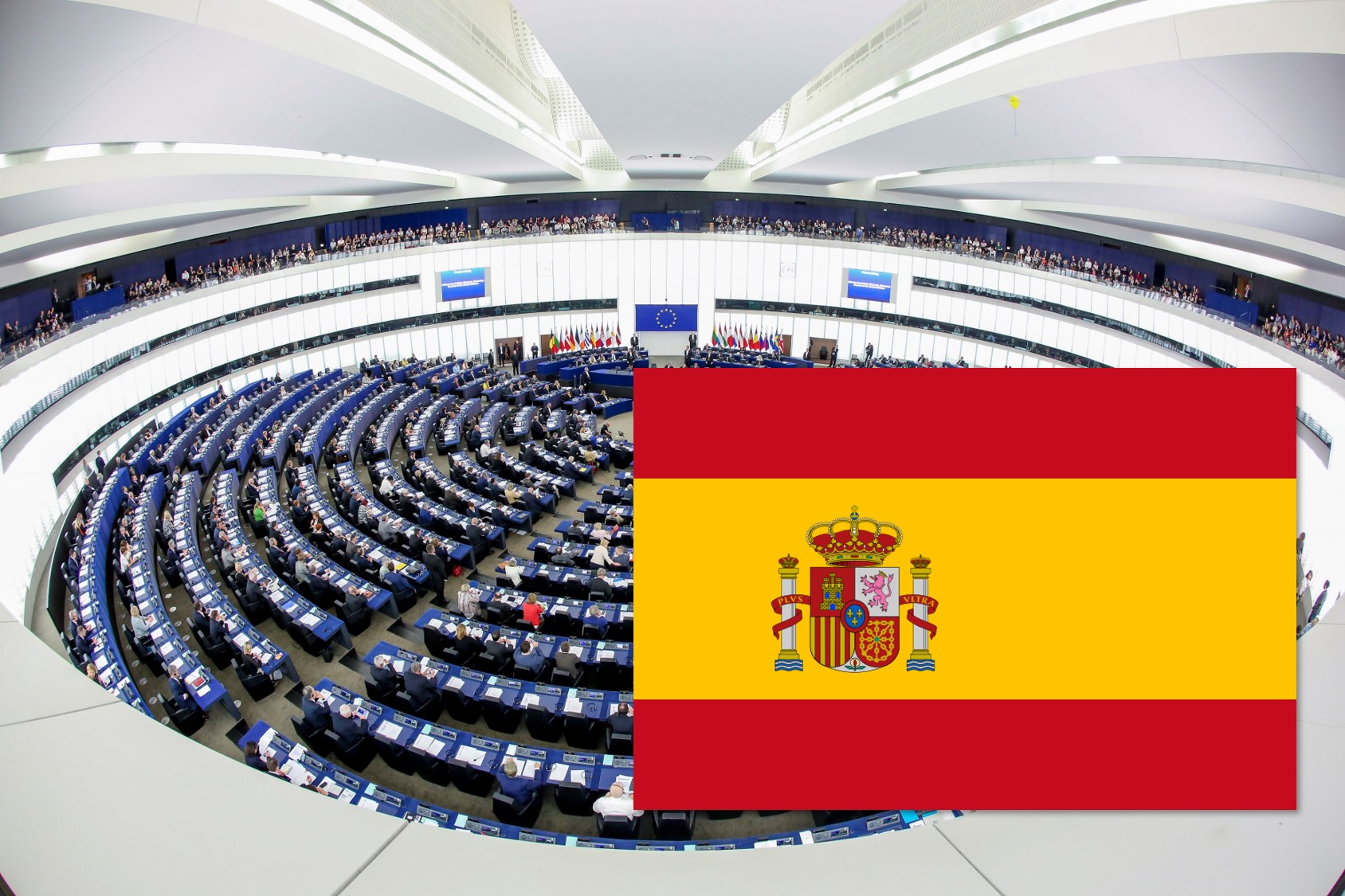 The eighth Spanish European Parliament Election (EPE) marked the end of an electoral cycle that began one month before (on April 26th, 2019) with the General Election in which the incumbent Socialist Party (PSOE) won a plurality of seats. However, at the time of the EPE a parliamentary agreement to elect a new national government had not been reached yet, since most parties were eager to postpone this decision until after the election. On top of that, during the EPE campaign Catalan politicians who had organized an independence referendum on October 2017 and ran as candidates in the General and European Parliament Elections, were held in prison while being prosecuted. All these issues contributed to the nationalization of the contents of the electoral campaign preceding the EPE.

Perhaps the most relevant fact regarding the 2019 EPE is that, for the first time since the first Spanish EPE in 1987, they were held on the same date as regional elections (in twelve out of seventeen regions) and local elections in all Spanish municipalities. Electoral fatigue caused by the succession of elections in a short period of time might have deterred participation. However, in comparison to the 2014 EPE, participation increased more than 20 percent, suggesting a “contagion effect” driven by high levels of mobilization in local and regional elections. During the campaign, polls forecasted close races in many municipalities and regions. Uncertainty about the results of these elections probably contributed to increasing EPE participation levels even further.

The pre-campaign period was dominated by two topics. First of all, in the aftermath of the General Election, most parties and pundits focused on interpreting the consequences of the national election results, paying special attention to the coalition agreements that the winning party (PSOE) might reach to form a new cabinet. The media also paid significant attention to the fallout of the mainstream right-wing party Partido Popular (PP), which lost half of its seats in parliament. This led to an unusual and substantial fragmentation of the right-wing vote, that was divided between PP, the new extreme-right contender VOX (that obtained a total of 24 seats in parliament), and Ciudadanos (a center-right party).

Second, four weeks before the EPE the media also paid significant attention to the fact that Catalan politicians, who were either in prison or abroad to avoid prosecution, were running as EPE candidates in the “Ahora Republicas” and “Lliures per Europa” coalitions. Initially, the National Election Board banned the candidates who were abroad, like former Catalan President Carles Puigdemont, from running. However, after an appeal by these politicians the Courts ruled that they could run. In any case, at the time of writing it is still unclear if these politicians can effectively become members of the European Parliament (EP), since that requires them to travel to Spain, where they might be arrested.

In Spain, as in many other countries, it is common for EPE campaigns to focus on national issues (Font and Torcal, 2012). The 2019 election was no exception to this trend, which was reinforced by the coincidence of these elections with regional and local elections. Uncertainty about the results in some important municipalities like Madrid or Barcelona draw disproportionate attention to these contests, to the detriment of the EPE. For example, PP leader Pablo Casado characterized the local, regional and EP elections as a second-round of the General Election, which provided a chance for PP to improve the bad results obtained in that election. Moreover, PP and Ciudadanos, who ended up in the second and third place in the General Election but obtained a very similar share of votes (16.7 percent and 15.9 percent, respectively), saw these elections as an opportunity to determine which of these two parties would lead the conservative opposition against the new PSOE government.

In any case, the Spanish media also characterized the EPE as a plebiscite on the future of European integration due to the threat posed by the potential upsurge of Eurosceptic parties. In this context, and for the first time ever, the nine EPE candidates of the main parties and coalitions (see Table 1) participated in a debate broadcasted by Spanish public TV at prime-time. However, while the candidates debated on topics related to the EU such as the relevance of EU immigration policies, or the challenges posed by climate change, the discussion was clearly dominated by domestic issues, more prominently the situation in Catalonia and the heightened polarisation around the potential solutions to this problem.

With the exception of VOX, the election manifestos of the main parties (PSOE, PP, Ciudadanos, Unidas Podemos) share a positive outlook of the process of European integration and propose new policies that would strengthen the EU, such as greater coordination in fiscal matters and immigration policies. In fact, while each party emphasizes different issues, the policy proposals of all of them are more similar among themselves than their manifestos and agendas at the national-level (Abellán, 2019). The new extreme right-wing party VOX represents an exception to this general trend. VOX advocates for the protection of national sovereignty and the return to the (pre-Maastricht) origins of the integration process. We can, therefore, characterize VOX  as a soft Eurosceptic party, since it does not have a principled objection to EU membership, but clearly opposes further integration and, in some policy areas, defends the devolution of competences to national institutions (Taggart and Szczerbiak, 2002).

Figure 1 summarizes the turnout rates in European and national elections in Spain for the 1986-2019 period. The 2019 EPE saw a significant spike in participation, which increased from 45.8 percent in 2014 to 64.3 percent in 2019. The coincidence of the EPE with regional and local elections undoubtedly contributed to this upward shift. However, participation was still slightly lower than that of the 1987 EPE, which was also held on the same date as local and regional elections. One must note, though, that 1987 was also the first time Spaniards voted in an EP election, which might have also contributed to high turnout rates. In any case, participation in the 2019 EPE was also lower than in the preceding national election held just one month before, confirming the “second order” character of these elections in Spain (Reif and Schmitt, 1980). 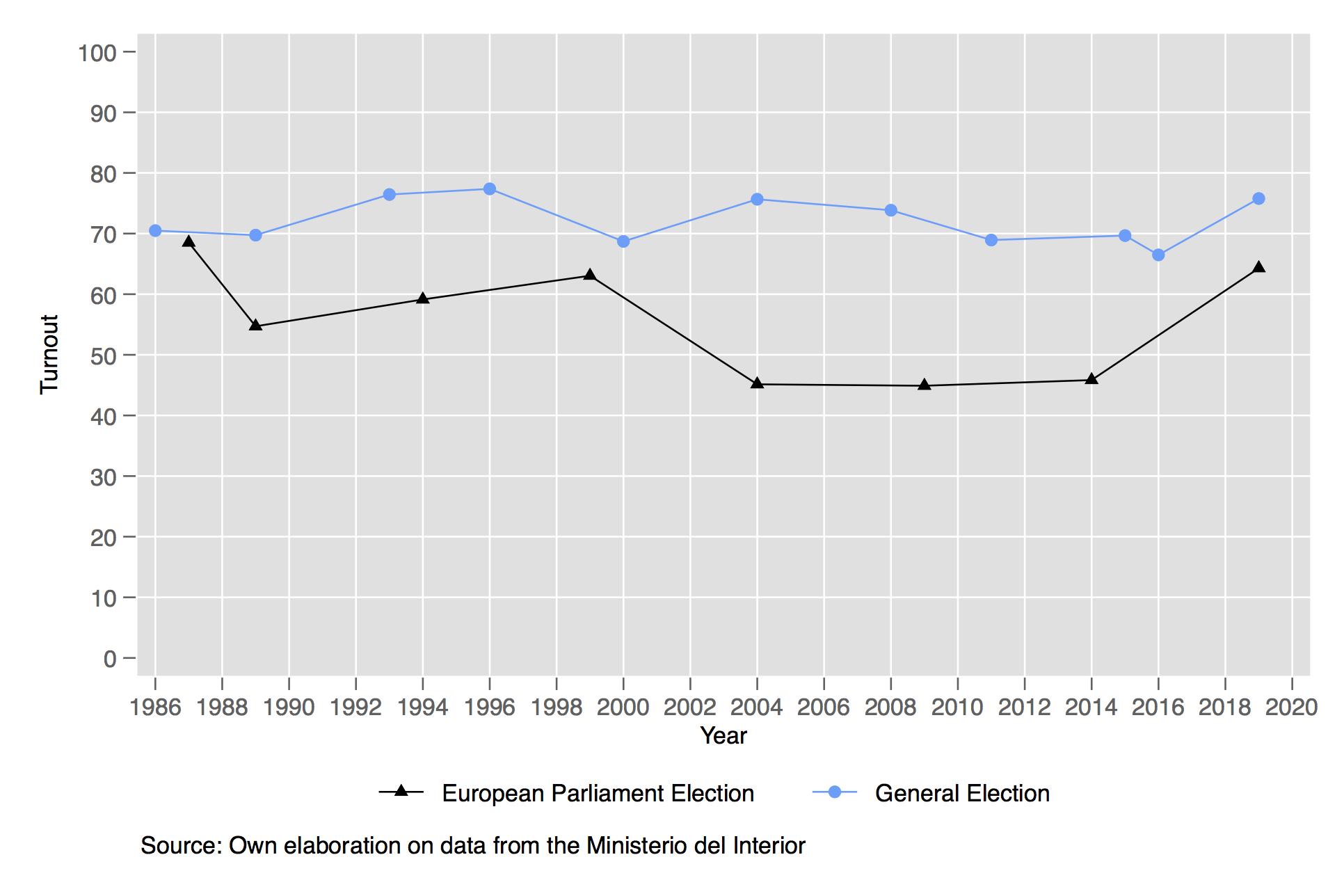 Table 1 summarizes the results of the 2019 EPE in Spain. The clear winner of this election was the socialist party (PSOE), which was able to capitalize on its recent victory in the General Election and obtained a total of 20 seats and 3.7 million more votes than in the preceding EPE. In fact, its support (32.6 percent) was even higher than in the last national election, where 28.7 percent of voters supported the socialists. Conversely, the PP lost a lot of ground in this election. In comparison to the 2014 EPE, the support of PP was six percent lower and the party lost four seats in the EP. However, the PP managed to obtain a higher share of the vote than in the preceding national election.

On the other hand, while Ciudadanos’ results clearly improved with respect to the preceding EPE, the party performed worse than in the last national election and failed in its attempt to become the dominant right-wing party in Spain. In the case of Podemos-IU the results were also negative, since they lost eight percent of their vote share and five seats in the EP with respect to 2014. In the case of VOX, the extreme right-wing party will be represented at the EP for the first time with three seats. However, its vote share in the EPE (6.2 percent) decreased four percentage points with respect to the preceding General Election (10.3 percent).

Besides these state-wide parties, the Spanish party system is characterized by the presence of strong regionally based parties. Since the single-district nature of the EPE electoral system penalizes small regionally-based parties, these parties usually run in coalition with parties from other regions. This is for example the case of the “Republics Now” coalition, which under the leadership of imprisoned Catalan leader Oriol Junqueras and in coalition with nationalist parties from other regions, obtained three seats in the EP. Similarly, the “Coalition for a solidary Europe” led by Basque centre-right nationalists won two seats. Finally, the centre right coalition “Together”, led by former Catalan President Carles Puigdemont, won two seats.

The 2019 EPE marked the end of an election cycle in Spain and are a clear reflection of the electoral climate at the national level. The vote was highly fragmented in both the left and right-wing camps, although the two mainstream parties PSOE and PP ended up dominating each flank. There was a slight predominance of the left, combined with substantial support for nationalist parties (these parties received approximately 13 percent of the votes). The extreme right-wing party VOX fell short of expectations, but still managed to enter the EP for the first time.

Spanish electors still seem to miss a genuine European taste (Molina, 2019). Unlike in Italy, the UK or France, and despite the recent changes in the Spanish party system towards multipartism, political parties seem unwilling to politicize the process of European integration from the supply side. On the demand side, Spanish citizens seem to lack a connection with the European dimension: a political sphere often perceived by citizens as too remote and detached from their daily problems. Once more, the campaign and the results of the 2019 EPE in Spain suggest the most political candidates attribute lower relevance to EP elections.

Taggart, P. and Szczerbiak. A. (2002). The Party Politics of Euroscepticism in EU Member and Candidate States. SEI Working Paper No 51.