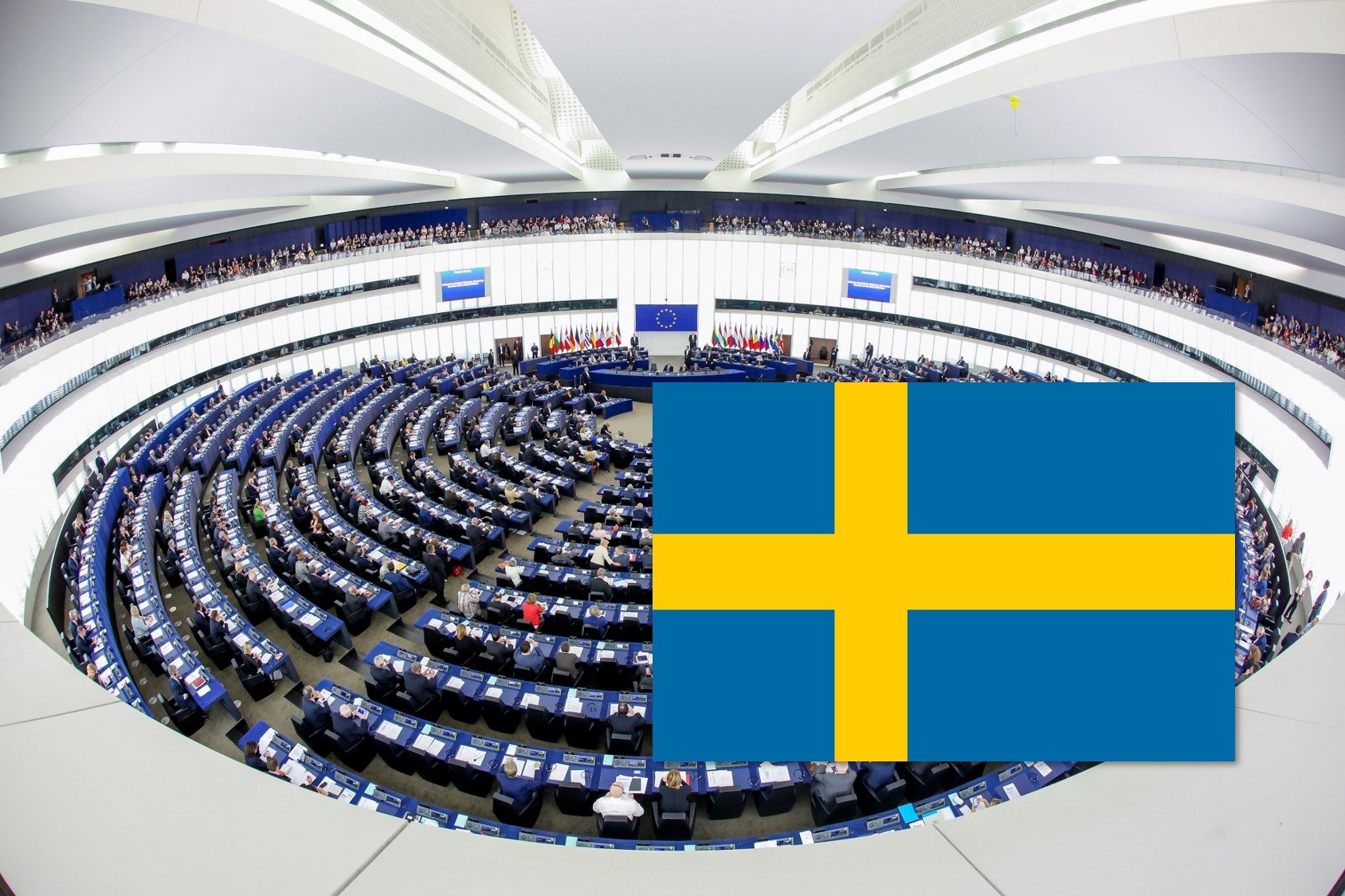 According to the spontaneous reactions from the parties’ wakes during the Swedish election night May 26, all parties were winners. The parties that lost support did not lose as much as they had feared, and among the parties that gained, celebration was loud and joyful. The only exception was the small Feminist Initiative that lost the single seat they won in 2014.

The European Parliament election 2019 took place less than a year after the national election in September 2018, which led to the most prolonged government negotiations in Swedish history. Not until January 2019 did the Social Democrats and the Green party receive support for a coalition government based on an agreement with the Centre Party and the Liberals. Even though these parties are not formally part of the government, the agreement was on a program highly influenced by the Centre Party and the Liberals. The formation of this government ended the previous two-bloc character between Social Democrats, the Greens and the Left Party on one side and the Centre Party, the Liberals, The Moderates and the Christian Democrats on the other. The cause of this restructuring of the Swedish political landscape was the increased support for the right-wing populist Sweden Democrats combined with a reluctance from the other parties to rely on them for government formation. Even though the Christian democrats and the Moderate Party were somewhat more open for support from the Sweden Democrats, they failed to convince the former coalition partners to form a government with the support of the Sweden Democrats. The rejection against the Sweden Democrats from the other parties has continued into the campaign for the European election, where resistance against nationalism, xenophobia and anti-EU sentiments have been salient issues in the campaign.

Swedes in the EU

For long, Sweden was quite a reluctant member of the European Union. The membership referendum in 1994 was won by the “join-side” by only a slight majority, and the referendum on joining the euro in 2003 was won by the “no-side”.  In recent years, the Swedish reluctance to the EU has changed. Today around 80 percent of the public agree that EU membership is a good thing, and the previous prevailing “Swexit” demands are no longer heard. The two most EU-critical parties, the Left Party and the Sweden Democrats have both declared that they will not campaign for a “Swexit”, albeit they both have it in their party programs. A recent report on the Swedish EU-attitudes confirm the EU-positive trend. In an analysis of perceptions of consequences of the EU membership for various policy areas environmental policies, military security, employment and economy come out on the top, whilst immigration is the policy area that has fared the worst (Berg et al. 2019). EU issues indeed are important was shown in an analysis of the 2014 election, where proximity on the EU dimension was confirmed as a secondary decision rule for party choice (Oskarson et al. 2016). The increasing EU support does not however mean that the Swedes are un-critically positive for further European integration, or to joining the euro. Quite on the contrary – the Swedish public support the current EU, but no more. It is the instrumental euro-scepticism that has decreased; the political euro-scepticism does in many ways still remain (Lubbers and Scheepers, 2005).

The campaign for the European election was by most commentators described as vague, not addressing current issues in the EU nor visions for the future of EU. Even though the parties tried to put forward European issues in many ways, media was more focused on the national political game. However, themes like law enforcement, border control, the social pillar and environmental policies such as European tax on carbon dioxide were salient on the agenda. But apart from actual issue concerns, the campaign was also characterized by several “revelations” in the media regarding things such as side incomes, allowance, votes on abortion and sexual harassment accusations linked to MEPs from different parties.

The turnout continued the positive trend in turnout in Swedish EP elections since 2004 (37.8 percent) and the 2019 landed on 53.3 percent (preliminary). The increase is a reflection of the increased support for the membership, as well as the polarized political climate.

The Left Party as well as the Social Democrats got almost the same results as in the 2014 election.  This means they keep their seats (1 and 5 respectively). The Left Party had been stronger in the polls just preceding the election and the party leader Jonas Sjöstedt blamed the non-success to the media focus on the allowance of the Left Party MEP. The Social Democrats received their lowest support ever but expressed a relief that they did not lose more.

The Green Party had their strongest result ever in the European election in 2014 with 15.2 percent of the votes. However, following the 2014 national election four months later they joined a coalition government with the Social Democrats, and it came with a high price. In response to the refugee crisis in 2015 the Greens, one of Sweden’s most pro-immigration parties, had to back the introduction of border controls and stricter immigration rules. In the national election in September 2018 they received only 4.4 percent of the votes. In perspective of this turbulence, the result of 11.4 percent in the election to the European Parliament was received as somewhat of a comeback, even though the party lost 3.8 percentage points and two seats compared to the 2014 election. The support for the Green Party was significantly higher among young voters, probably reflecting their engagement with climate issues.

The Centre Party, former agrarian but today a liberal/green party, had a very good election, gaining 4.3 percentage points and two seats compared to the previous EP election. Their campaign was a continuance of the campaign for the national election and focused on climate issues, a clear distance to the radical right and national conservative forces together with a liberal stance on economic issues.

The other Swedish party in the ALDE group, the very pro-EU Liberals, did not have the same fortune. They more than halved their support compared to the last EP election and lost one of their two seats. It was well into the election night that it was confirmed that the party would be able to keep their one seat. With the most pro-EU message, asking for further integration of the EU and introduction of the euro in Sweden, they were too EU positive for the status-quo sentiments of the Swedish electorate. Replacing their experienced and well-known MEP with a fairly unknown candidate just a couple of months before the election was probably not profitable for the party. Finally, the party is in the middle of replacing its party leader following the turbulence related to the government formation.

The Moderate Party (EPP) has a history of weak results in the European elections and was also on the losing side of the government formation and has weakened in the polls since the 2018 election. With an intense campaign, a clear message of stricter border controls, anti-criminality measures and continued use of nuclear power, the party gained 3.2 percentage points and an extra seat. The result was however still 3 percentage points below the result from the national election.

The Christian Democrats have traditionally been seen as quite an insignificant party in Sweden but this is now changing both in national and European elections. With a clear and intense campaign of a “just enough” EU the party positioned itself as safeguarding the subsidiarity principle, not the least against the social pillar. With 8.7 percentages of the vote they gained a second seat. The polls just before the election had shown higher numbers, but the revelation the former MEP of the party had voted “anti-abortion” in the parliament probably meant some lost votes among late deciders.

The Sweden Democrats were in a way the central hub for the European election, as well as for the national election last September. How the other parties relate, or rather not relate, to the Sweden Democrats has sometimes seemed more central during the campaigning than actual policy positions. No longer aiming for a “Swexit” but rather to “change the EU from the inside”, the party has toned down some of its more radical side. But it is still most profiled on anti-immigration issues together with the safe-guarding of Swedish national interests against supra-national policies. With the support of 15.4 percentage points they did indeed gain 5.7 percentage points and 1 seat more than in the 2014 EP election. However, compared to the national election less than a year ago the party lost 2 percentage points. This is actually the first back-drop since the party gained seats in the Swedish Riksdag in 2010.

Finally, the small party Feminist Initiative that gained a seat in the 2014 EP election now lost it.  The party never gained representation on the national level, and with its charismatic former party leader now in the background the party was outside the race. This means that the 2019 EP election in Sweden was the first one since 2004 where no new party won a Swedish mandate.

The Swedish party system is in a state of turbulence. The prolonged government negotiations after the national election in September 2018 finally broke up the traditional two-bloc structure that had been dominating Swedish politics for decades.  This turbulence did in many ways spill over to the European election, forming it into more of a two-level election than a pure second order election.