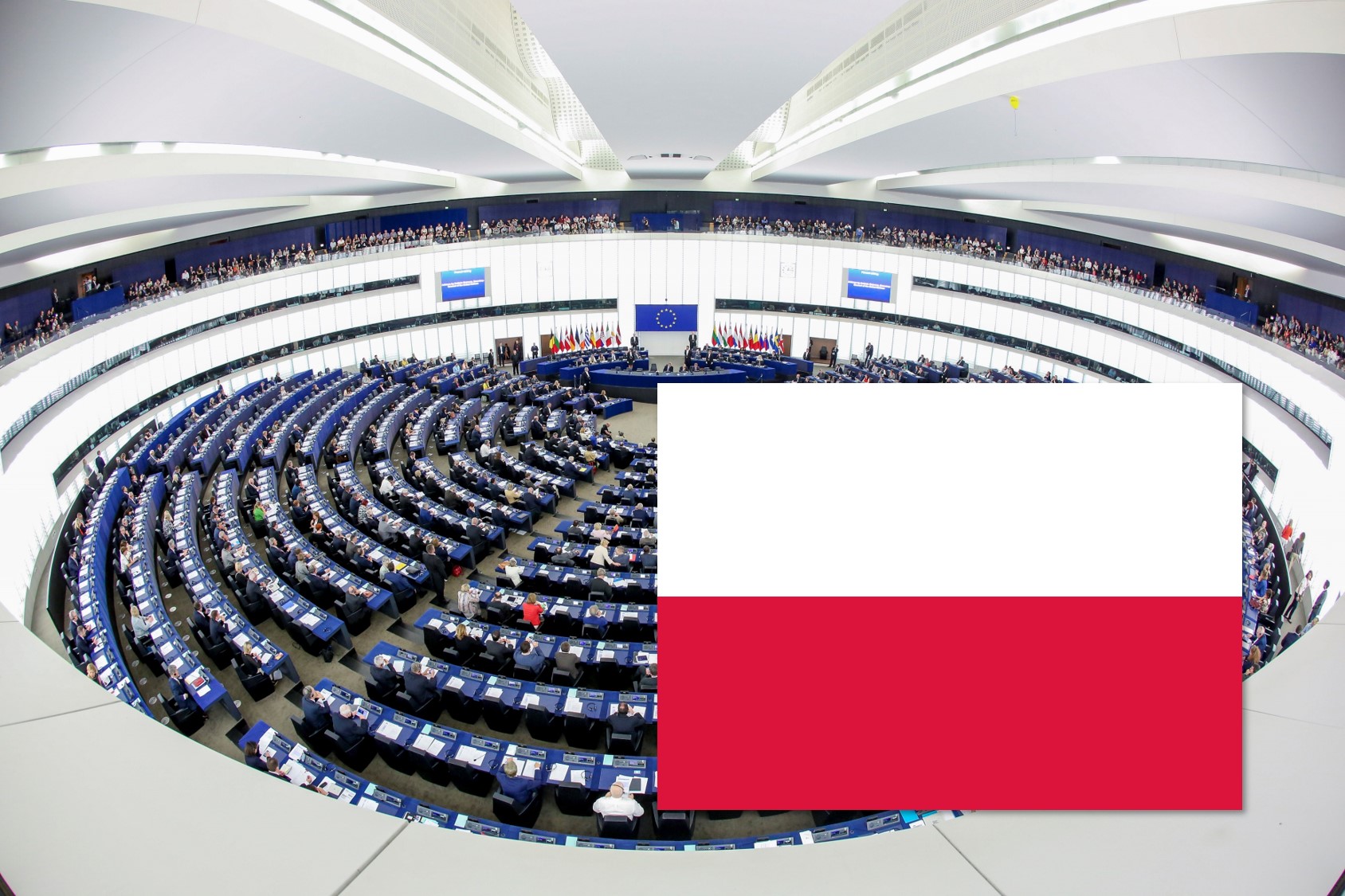 Elections to the European Parliament (EP) in Poland took place on Sunday, 26 May 2019. Similarly, as in 2014-2015, they were part of a long ‘election marathon’ during which Poles elected their representatives in local government (October-November 2018), MEPs (May 2019), MPs and senators to the national parliament (most likely October 2019) and President (most likely May 2020). This specific context of subsequent, fourth already in the history of Poland elections to the European Parliament determined their character and course.

Due to its specific context – being one of the skirmishes in the long ‘electoral war’ (planned for years 2018-2020) between the main protagonists of Polish politics – the EP elections in 2019 were mainly national in character. The political discourse was primarily concerned with domestic and internal issues (discussed in detail below). EU and European issues were invisible and little exposed. In this sense, the elections to the European Parliament in Poland in 2019 were typical second-order elections (cf. Reif and Schmitt, 1980), which were defined by politicians (and voters accepted this definition) as a tool of domestic politics, serving political accountability and aggregation of interests of particular segments of the electorate.

Prawo i Sprawiedliwość (PiS) is the largest and strongest party that registered candidates in the 2019 EP elections in all districts. This party had been in power (in an informal, not fully institutionalised coalition with Solidarna Polska and Porozumienie) since 2015. The party has been described in scholarly literature as a populist and Eurosceptic (cf. Stanley, 2019). Its ideology is an unusual combination of Christian democracy, social and national conservatism, solidarity and interventionism. Since its inception, it has been advocating Poland’s membership in the European Union and the expansion of its structures. However, its politicians postulate that the EU should be reformed. The European policy of PiS could be described as confederative and supporting the ‘Europe of nations’.

In the previous months, prominent PiS politicians made several statements that diminished the significance of the EU for Poland. It led opposition parties and political commentators to accuse Law and Justice (PiS) of calling for PolExit. It could be politically harmful to PiS, due to the high social support for the EU. As a result, PiS presented itself in the election campaign as a definitely pro-European party. On the other hand, during the EP election campaign, PiS promised a lot of social transfers to disadvantaged groups. Therefore, Law and Justice used means known from the campaign for national elections. PiS, as a ruling party, had several problems during the electoral campaign. The party was accused of employing its activists in lucrative positions in state-owned companies. A teachers’ strike broke out in the period preceding the elections, which crippled the operation of public schools in Poland for a month. The strike was caused, among other things, by the chaos that arose after introducing the reform of education. The Prime Minister (M. Morawiecki) was accused of opaque land trade in the period before taking office. The last weeks before the elections, Poland was shaken by an independent documentary on paedophiles in the Polish Catholic Church. One of the crucial themes of the film was the covering up of paedophile scandals by the church hierarchy. It was speculated that this might weaken the PiS in elections because of the party’s strong relationship with the Catholic Church.

Koalicja Obywatelska (KE) is the second largest organisation to run for EP elections in 2019 with candidates registered in all constituencies. KE is a coalition block consisting of Civic Platform (PO), Modern (N), Polish People’s Party (PSL), Alliance of Democratic Left (SLD) and Zieloni (Greens). The coalition united political forces against PIS. It is a broad movement, but therefore also very eclectic, composed of former communists and anti-communists, supporters of economic liberalism and state intervention in the economy, agrarian parties and green parties. The leaders of the electoral lists were former prime ministers coming from different political options. It was difficult to see what, apart from being an opponent of the PiS, is their programme proposal. It also seems that MEPs elected from KE lists will join various clubs in the European Parliament (EPP, ALDE, S&D).

Two new and significant political forces appeared before EP elections. The first one was Wiosna (Spring). It is a left-wing party with a social welfare agenda, postulated introducing a real separation of church and state and a liberalisation on moral issues. In the context of traditional and conservative Polish society, it is significant that the leader of the party is Robert Biedroń – a person who confesses to being gay. Wiosna, since its inception in January 2019, presented itself as the third political alternative to the duopoly PiS vs PO. Spring wanted to be a proposal for those voters who oppose the authoritarian practices of PIS, but on the other hand, do not want to vote for a non-ideological anti-PIS coalition.

Another new grouping is a rather exotic coalition called the Konfederacja – Korwin, Braun Liroy Narodowcy (Konfederacja). This group brought together several figures of the Polish radical right wing. They include J. Korwin-Mikke, a veteran of the Polish right, an anti-democrat, a supporter of radical economic liberalisation and at the same time a promoter of the traditional model of social roles, G. Braun, a monarchist who strives for the coronation of Jesus Christ as the king of Poland, K. Godek, a supporter of a total ban on abortion, Liroy, a former rapper who supports the legalisation of marijuana and a group of (mainly young) activists of national organisations. The group directed its offer mainly to radical right-wing voters. Especially, they wanted to attract the right flank of the PiS voters. Those who were dissatisfied with the conciliatory (according to them) actions of PIS, e.g. in the matter of the abortion ban or relations with the EU or Israel. To a certain extent, Konfederacja wanted to be the Polish equivalent of the Hungarian Jobbik.

Another party that had to play a role in the elections was KUKIZ 15. It is a populist, anti-establishment citizens’ movement, set up in 2015 for the parliamentary elections. They attack the ‘partiocracy’ (allegedly functioning in the Polish party system), arguing that the PiS-PO divide is a spurious cover for an entrenched cartel of professional politicians. Their key programmatic postulates include the introduction of a single-member majoritarian (FPTP) electoral system (to promote individual accountability to the electorate) and the replacement of the liberal-democratic political system with a system based on more extensive use of direct democracy.

According to pre-election polls, it was a close race between PiS and KE. Both parties had predictions of support between 35 and 40% and it was difficult to determine who would be the winner. The polls also expected significant support for Spring (about 8-10%) and Konfederacja (about 6-8%). The expected support for Kukiz15 was on the border of the electoral threshold (5%).

Voter turnout in the EP elections 2019 in Poland amounted to 45,7%. It was a significant increase compared to the turnout recorded in previous EP elections in Poland, which amounted to 20.9% (2004), 24.5% (2009) and 23.8% (2014) respectively. This shift was most likely caused by an intense political conflict dividing Polish society, which strongly mobilises voters, and which results in a substantial increase in voter turnout.

The election results mean the apparent victory of the PiS. Such a victory was somewhat difficult to expect for several reasons, not only because of polls. PiS has been in power for three and a half years. During this time, they made many controversial decisions, including those that expose themselves to allegations of violation of the constitution, anti-democratic actions and breaking the rule of law. Also, the ruling party had current problems, which we have written about earlier. On the other hand, during the election campaign, the ruling Law and Justice party announced further social transfers. They proclaim introduction of a PLN 500 supplement for each child (previously the supplement was due from a second child) and the introduction of a thirteenth pension for retired.

The leaders of the KE counted on victory, as did the liberal media. One of the reasons for the defeat could have been the, mentioned above, lack of ideological cohesion of the KE, in which the only binding force was the desire to remove PiS from power. Another problem of the KE is the lack of a clear leader whom the voters could trust. A leader such as Donald Tusk before he left for the position of the President of the European Council.

Support for Spring was also lower than expected. The KE camp criticised Spring for dismantling the anti-PIS block. The weaker than expected outcome of the Spring may paradoxically indicate the maturity of Polish democracy. It turns out that it is impossible to found a party a few months before the elections and achieve a dozen or so per cent of support in the elections.

Only the three election committees gained seats in the EP. The extreme right may speak of bad luck, as they received 4.55% support. Therefore, they were only slightly short of crossing the 5% electoral threshold. The attempt to circumvent the PiS on the right and gain the support of the radical part of PiS voters failed.

These elections showed many differences in the structure of voters supporting particular groups. The factor that sharply differentiated voters was the type of place of residence. In rural areas, PiS gained more than twice as much support as the KE (56% voted for PiS vs 28% for KE), while in large cities, the KE was almost twice as often supported than PiS (27% voter for PiS vs 50% for the KE). There was also a much higher increase in turnout in rural areas compared to the previous EP elections. It may mean that the victory of PiS was partly due to the mobilisation of the rural electorate.

Voting for PiS was also associated with lower education, being old, doing manual jobs, being unemployed or retired. Apart from being metropolitan, the electorate of the KE also consists of specialists, entrepreneurs and better-educated people. The age group in which the KE had the greatest support was 40-49. Among the youngest voters (age below 30 y.o.), PiS and KE had similar support. In this group, however, the extreme right Konfederacja is most often supported.

Let us now turn to a few general conclusions. In these elections, there was the highest turnout in the history of the EP elections in Poland. As noted above, this year’s level of 46% is impressive compared to the level of previous EP elections in Poland (Czesnik and Kotnarowski, 2014). Although the Polish turnout is lower than the EU average (53%), it is higher than the turnout recorded in many CEE countries. Another issue, the election results indicate the dominance of two political blocs. PiS and KE received a total of 84% of the votes. However, it is difficult to conclude that there is a two-party system in Poland. The KE consisted of several groups, quite diverse in terms of their programme. It is not clear how long this coalition will last. Thirdly, the victory of PiS in Poland does not mean that this party is of great importance in the European Parliament. PiS belonged to the European Conservatives and Reformists faction and will probably continue to do so. This faction is of little significance in the EP, and after Brexit, PiS will be the largest national group in it.

Stanley, B. (2019). A New Populist Divide? Correspondences of Supply and Demand in the 2015 Polish Parliamentary Elections. East European Politics and Societies: and Cultures, 33(1), 17–43.