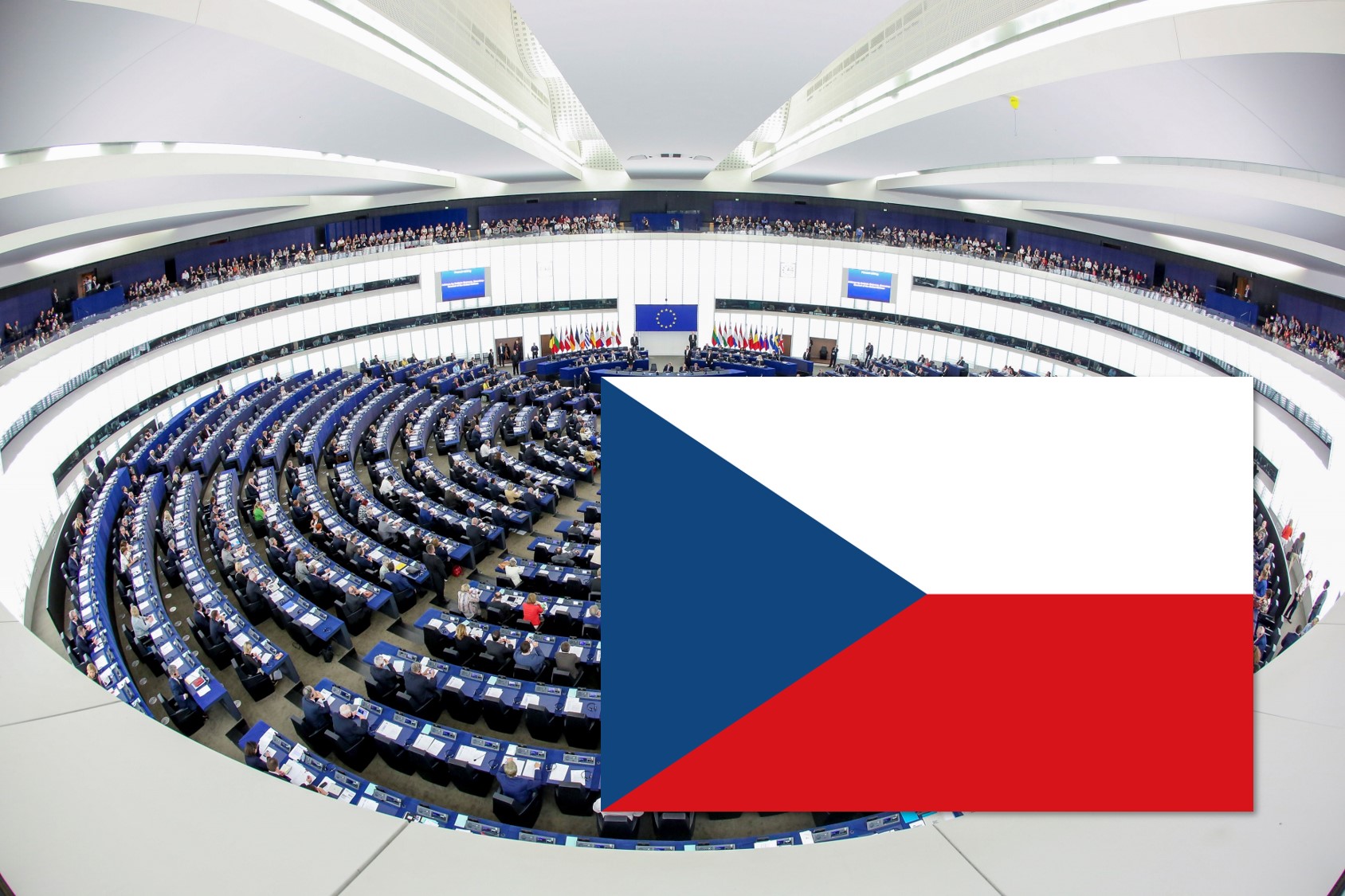 Three contextual factors are important for understanding the results of the election in the Czech Republic. Also, the party system has changed dramatically in the recent decade showing the unprecedented decline of the old political parties and the emergence of different anti-establishment challengers after a series of corruption scandals, government instability coupled with the Great Recession (Balík, Hloušek 2016). The EP election took place in times of exceptional economic prosperity. The Czech Republic has experienced a record increase in salaries and has been enjoying the lowest level of unemployment among the EU member states. Last but not least, the public has been characterized by a very low level of trust in the European Union making Czechs one of the most Eurosceptic nations in the EU. The most important message of the election is confirmation of the dominance of the new political parties and the continuation of the decline of the established political parties.

According to the polls, up to 9 different political parties and electoral coalitions seemed to have a good chance to cross the threshold, reflecting the increased level of party system fragmentation.

Various anti-establishment political parties (none of which had parliamentary representation before the 2013 national election) were predicted to be successful in the election: the technocratic populist ANO led by Prime Minister Andrej Babiš, the Czech Pirate Party, and the populist radical right Freedom and Direct Democracy. Not surprisingly, the support of the once stable established parties including the Czech Social Democratic Party (ČSSD), the Communist Party of Bohemia and Moravia – KSČM (running under the label of the electoral coalition the United Czech Left), right-wing conservative Civic Democratic Party (ODS) and the centrist Christian Democratic Union – Czechoslovak People`s Party (KDU – ČSL) remained far below their electoral performance from the past. Also, the polls indicated possible success of the centrist liberal electoral coalition Allie for Europe formed by TOP 09 and Mayors and Independents (STAN).

Generally speaking, several intertwined issues dominated the electoral campaign which was far less visible due to the limited effort (and financial investments) of political parties. Although the intensity of the refugee crisis did not reach the level from the previous years (and the number of asylum-seekers and/or immigrant from non-European countries is very low in the Czech Republic), the issue strongly resonated in the campaign.

Rejection of immigration framed mostly as a potentially serious security and cultural threat for the Czech Republic was the dominant issue for the radical right SPD. The party also presented itself as part of the radical right Eurosceptic group Europe of Freedom and Democracy. The anti-immigration attitude of ANO was less nativist but more nationalist and protectionist claiming the party to have succeeded in protection of the Czech Republic from immigration (e.g. by voting against the quotas that became a symbol of the discussion on immigration in the context of the EU). Not surprisingly, the EU and the European elites (alongside the “liberals”, “multiculturalist”, “the Prague café” and NGOs in the Czech Republic) were blamed for the immigration crisis.

The strong presence of criticism of the EU usually depicted as an external actor to the Czech Republic (and to a lesser extent the appraisal of the European integration) prevent the EP election to be labelled as a pure example of “second order national elections”. While SPD called for Czexit, ANO and ODS stressed the need to defend the Czech national interests by reinforcing the position of the member states in the institutional structure of the EU. The position of ANO towards the EU was symbolized by a red baseball cap with the slogan “strong Czechia” worn by Babiš and apparently copied from Donald Trump.

ODS followed its long-term Euroscepticism, rejected federalism on the EU level and proposed a multi-speed model of the European integration. The notion of the national interests was also common for moderately pro-European political parties such as the Christian Democrats or ČSSD. One of the European issues that resonated in this context was the need to guarantee the same quality of products sold in the old and new members. Milka chocolate, Coca-Cola or detergents became symbols of the discussion. Clearly pro-European parties such as the Allies for Europe or the Pirates were the exception stressing the inevitability of the Czech membership in the EU and the strategic and economic advantages of it.

Last but not least, the national politics became important part of the campaign reflecting the change of the party politics related to the success of the populist parties in general and the formation of the government led by Babiš`s ANO in particular. To put it into the context, Babiš – sometimes called as Czech Berlusconi or Czech Trump – is one of the richest businessmen in the Czech Republic. Babiš’s agro-chemical business benefits a lot from both European and national subsidies, which places Babiš to the permanent conflict of interests (Štětka 2013). Also, the leader of ANO owns important media outlets. On top of that, he is listed as a collaborator with the Secret Police during the communist regime, and at the time of the EP election, he was accused of EU-subsidies embezzlement.

Therefore, it is hardly surprising that the opposition parties (most visibly ODS and ČPS) presented the election as a tool to stand against Babiš’s – as it was described elsewhere –  “highly centralized, strongly majoritarian version of a democratic polity with little desire for either horizontal or vertical separations of power” (Havlík, 2019). On the other hand, ANO framed the EP election as another opportunity to reject the “corrupt”, “so-called democratic”, “incompetent” established political parties, also pointing to the extraordinary rise of the Czech economy under Babiš’s premiership (he served as the Minister of Finance between 2013-2017).

The level of electoral turnout was one of the biggest questions of the elections and the crucial determinant of the electoral results with varying level of voters` identification with different political parties in the context of one of the lowest public trust in EU and interest in EU-related affairs. The already low turnout in 2004 and 2009 (in both cases 28%) reached another low in 2014: barely 18% of voters turned out (the second lowest turnout after Slovakia). Although the turnout of 28.7% is the new record high, it can be in no way considered as good news for the legitimacy of the EU in general and Czech MEPs in particular.

ANO won the election but 21% is far below its results in the last national election which can be accounted for the ongoing investigation of Babiš and lower level of party identification among ANO supporters. The greatest rise of support was recorded by the Pirates and SPD while the result of ODS indicates that the party has undergone partial recovery of its catastrophic electoral support from the recent past. For the first time since 2004, ČSSD lost its representation in EP having suffered from traditionally “warm” supporters, government participation alongside ANO and long-term internal ideological disputes between the traditionalists and the modernizers. The results of traditional centre-right pro-European parties meant the decline of their support but also showed a way for the possible future collaboration (such as the coalition of TOP 09 and STAN).

All in all, the electoral results seem to confirm the transformation of the Czech party system in the second decade of the 21st century. The established old political parties received only one-third of votes, the rest of the votes was collected by various political parties using populist or anti-establishment appeal and offering alternatives to the way how politics was conducted by the old political parties. It is also clear that the vast majority of voters chose to support a political party representing some variant of critical evaluation of the European integration process. On the other hand, it seems that there is only little support for Czexit and voting for soft Eurosceptic parties is far more common.

It is difficult to determine the biggest winner of the election. However, it is clear that the established political parties that were the backbone of the party system since early 1990s have been losing the ground. All the same, various anti-establishment actors seem to have become the most attractive option for the electorate disappointed by the performance of the old political parties. Another possible reading of the electoral results shows that most of the votes were casted for political parties with critical attitudes towards the EU either stressing the need to protect Czech national interests or calling for termination of the membership of the Czech Republic in the European Union. Also, despite having beaten the previous records, the electoral turnout still belonged to the lowest ones among all the member states of the EU and any comments on the significant renewal of the democratic representation are preliminary so far.