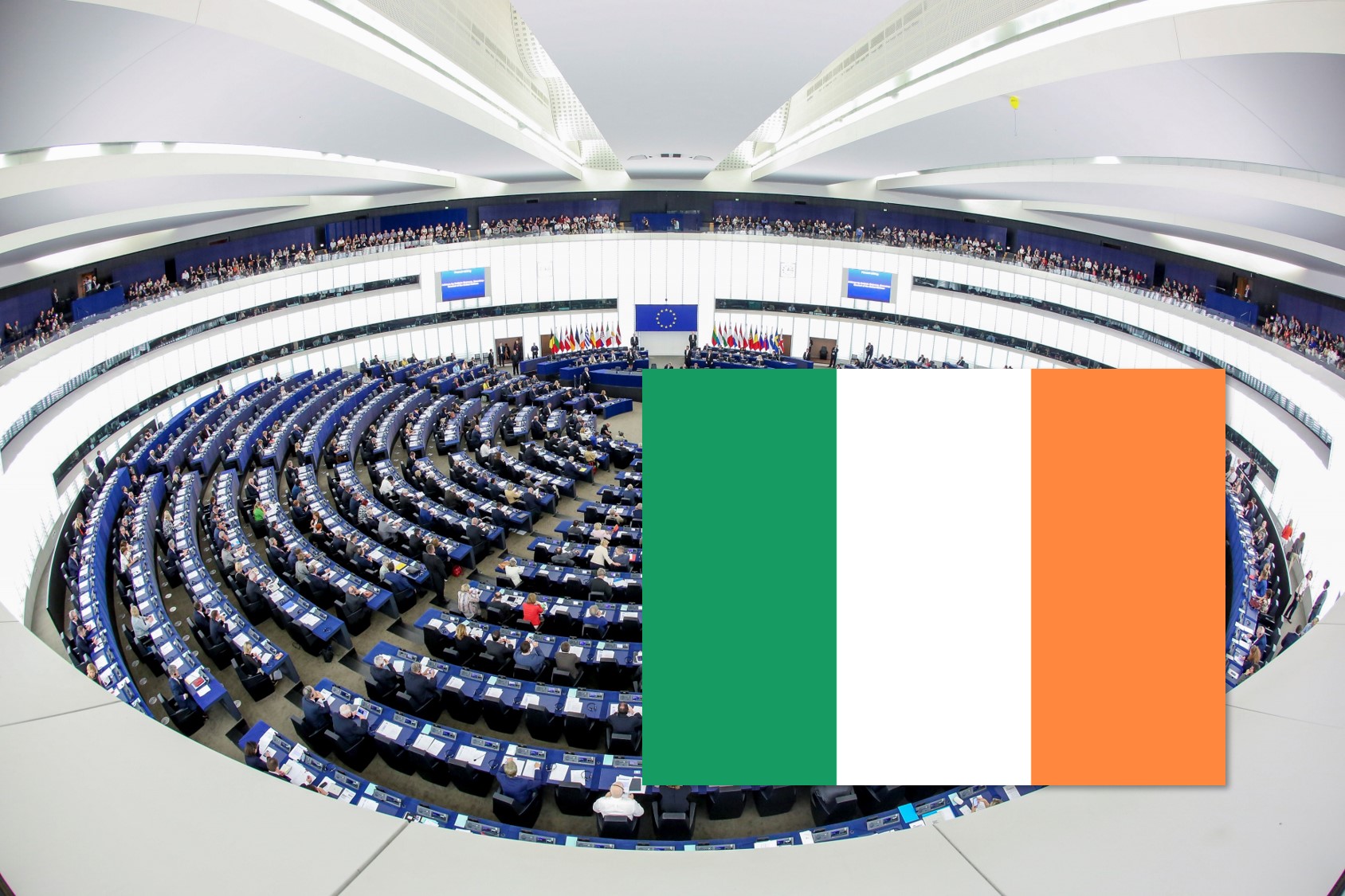 The 2019 European Parliament election in Ireland was notable in many ways. First, we saw the main party in government improving on its performance in 2014 (when it was also in government) and on its 2016 general election vote. Fine Gael won 30 per cent of the vote (up 7 points), and will send 5 EPP MEPs to Brussels in the Irish complement of 11(13). (Ireland has 11 seats, but this will rise to 13 if the UK leaves the EU.)

A second feature was a notable increase in support for the Green Party, now apparently forgiven for its participation in the government in power when the economic crash and subsequent ‘bailout’ occurred. The party won 11 per cent of the vote, and its candidate topped the poll in the Dublin constituency. Its MEPs will take their seats in the G/EFA group. 1 immediately and a second after Brexit.

The third was a poor showing by Eurosceptic (or more outspokenly euro critical) parties, notably Sinn Féin and parties of the far left, but this was more than balanced by the success of three anti-establishment independents (including one incumbent), all of whom will sit in the GUE group.  Sinn Féin lost two of its three seats and saw its vote drop to a little over half of the 2014 figure. Independents4Change, a label of convenience for a two independent TDs (members of the Dáil, Irish lower house), saw both candidates elected.

The fourth feature was the failure of the main opposition party, Fianna Fáil, to fulfil its potential in European elections. In 2014 its was unable to turn its vote in seats, finishing up with just one, and while it did get two MEPs this time (who will sit with ALDE), its vote was well down on 2014. Fifth was the continued success of independents in Irish politics. There is no sign of their popularity receding, and there are now three MEPs who are independent of traditional parties as opposed to two in 2014 (one in ALDE, one in S&D), neither of whom stood this time.

Fifth was the absence of anything like the right-wing populist parties seen elsewhere. The one candidate who did make a point of talking about immigration in negative terms was an independent who had made a good showing in the 2018 Presidential election after a series of negative remarks about Irish travellers (an indigenous itinerant minority ethnic group). He won only 10 per cent of the vote in his constituency and was not elected.

A final feature was the big contrast in voting between these European elections and the local elections held at the same time. Most notably, Fianna Fáil’s local vote was 10 points higher than its European one, and Fine Gael’s 5 points lower.  My analysis of the RTE Exit poll indicates that only half of all voters chose the same party (or voted independent) in both elections, a drop of at least 10 percentage points on such behaviour in previous sets of elections back to 2004 (Marsh, 2019b). Full results are in Table 1.

The campaign was uneventful, and mercifully free from overly negative campaigning, or sinister material on social media.  As always, there was ample decoration of all available poles with candidate posters, and extensive door-to-door canvassing by candidates and campaign teams. There was good coverage on radio and television, with debates on more than one channel between the candidates in the three constituencies used to allocate the 13 seats. Such debates were inhibited by the number of candidates with 23 standing in the largest constituency, representing many small parties as well as independents. Not everyone could feature, but all had the opportunity to make recorded statements that were broadcast and available on line.

For once the main issue was not the economy. Growth is strong, employment continuing to rise and unemployment below 5 per cent. The major domestic issues are continuing crises in housing and health but neither featured much in debates. There was no discussion of the next Commission leader. The issues that did get talked about included climate change and carbon taxes, Brexit – and its likely impact on the border with Northern Ireland and the food industry – immigration, moves in the EU to harmonise defence (a European Army) and its implications for Irish neutrality, and the importance of Ireland’s low corporation tax rate.  These debates undoubtedly introduced the candidates to many voters unfamiliar with them. A strong performance in a May 21 debate, and subsequent twitter storm, saw the odds of an unknown and inexperienced young Green candidate’s taking a seat fall from 50-1 to 4-1, although she eventually just missed out.

Candidates are important in all Irish elections. This is in part because of the small scale of contests and the preferential electoral system. It is also because the focus on individuals rather than parties and ideologies has been encouraged by the nature of competition within the political system (Marsh et al., 2007; Courtney and Weeks, 2018). This may be particularly true in European elections (Marsh, 2019a).  Voters typically cite candidate-centred reasons for their choice when asked in the exit poll about the factors behind motivations and, without taking this purely at face value, the responses are striking. 37 per cent cited the candidates’ stances on issues, 31 per cent their ability to stand up for ordinary people, 29 per cent their personalities/qualities and just 23 per cent the party that candidate represents. 25 per cent cited national and local issues, and 16 per cent issues at European level. Just 9 per cent were protesting against the government.

Some of the more successful candidates were predictably so. In Fine Gael, a vice president of the EPP was running in one constituency and a former Justice Minister in another; a well-known front bench spokesman ran from Fianna Fáil; and there were several sitting TDs. The exceptions were arguably the Green candidates. Their voters were most likely to mention stances on political and social issues and the candidate’s party as important in their choice.

Gender played a part in voter behaviour. Once again, a majority of MEPs will be women in 2019. 42 per cent of candidates were female, well up on Dáil and local elections, and women were slightly more likely to vote for a woman than were men. Analysis of the exit poll suggested 50 per cent of women chose a woman as opposed to 42 per cent of men (see Marsh, 2019a). The gap existed to varying degrees for all parties.

The implications of the election remain to be seen, but they can be expected to be significant. One question was whether results might prompt an early election. The current minority government has persisted for more than three years because it has a confidence and supply arrangement with Fianna Fáil, and because of Brexit related uncertainty. This has already been extended once. Both parties would like an election, but neither will risk one without some clear evidence that they will improve their position. Arguably, the European result would encourage Fine Gael into an early election, but the local results, a better guide to individual voting behaviour, would caution strongly against that. This position is complicated by the fact that the election of MEPs who are sitting members of the Dáil will prompt four by-elections (which must be held within six months), something could erode the government’s position and which could certainly cause an embarrassing distraction.

The second potential impact arises from the swelling of the Green vote, particularly in Dublin. Already, government ministers (and all other party leaders) are making friendly noises about Greens and positive noises about tackling climate change, conveniently on the back of an all-party committee report. (This was the basis for the Dáil declaring a Climate Change Emergency last month).  Meanwhile the Green Party will be seeking candidates to fight the next general election in the confident hope of pushing its current number of deputies well above the two it has currently and the 7 it held in 2007.

The election will prompt self-analysis in Sinn Féin, the third largest party in the Dáil and holder of three seats in 2014, who saw its vote cut by 8 points.  As with the small parties to its left, it will blame reduced turnout in key areas. Overall this was down only 2 per cent, but 2014 was fought in the middle of a long, well supported protest about domestic water chargers which mobilised working class urban areas, and in which Sinn Fein was heavily involved.  The party has stalled in the polls since 2016 and its hopes of replacing Fianna Fáil now seem decidedly unrealistic.

Some uncertainly hangs over the two extra seats, which go to the runners-up in the South and the Dublin constituencies, a Green and a Fianna Fáil candidate respectively, with Sinn Féin next placed in both. Under the Irish electoral system of single transferable vote the definition of a runner-up is problematic (Gallagher, 2019). Although the government amended the electoral law to address this problem, the issue could still send up in the Supreme Court (O’Malley, 2019).

O’Malley, E. (2019, May 10). Your EP vote is likely to face court challenges. The Times, Ireland Edition. Retrieved from www.thetimes.co.uk/article/your-eu-vote-is-likely-to-face-court-challenge-t8dvjw3h0.