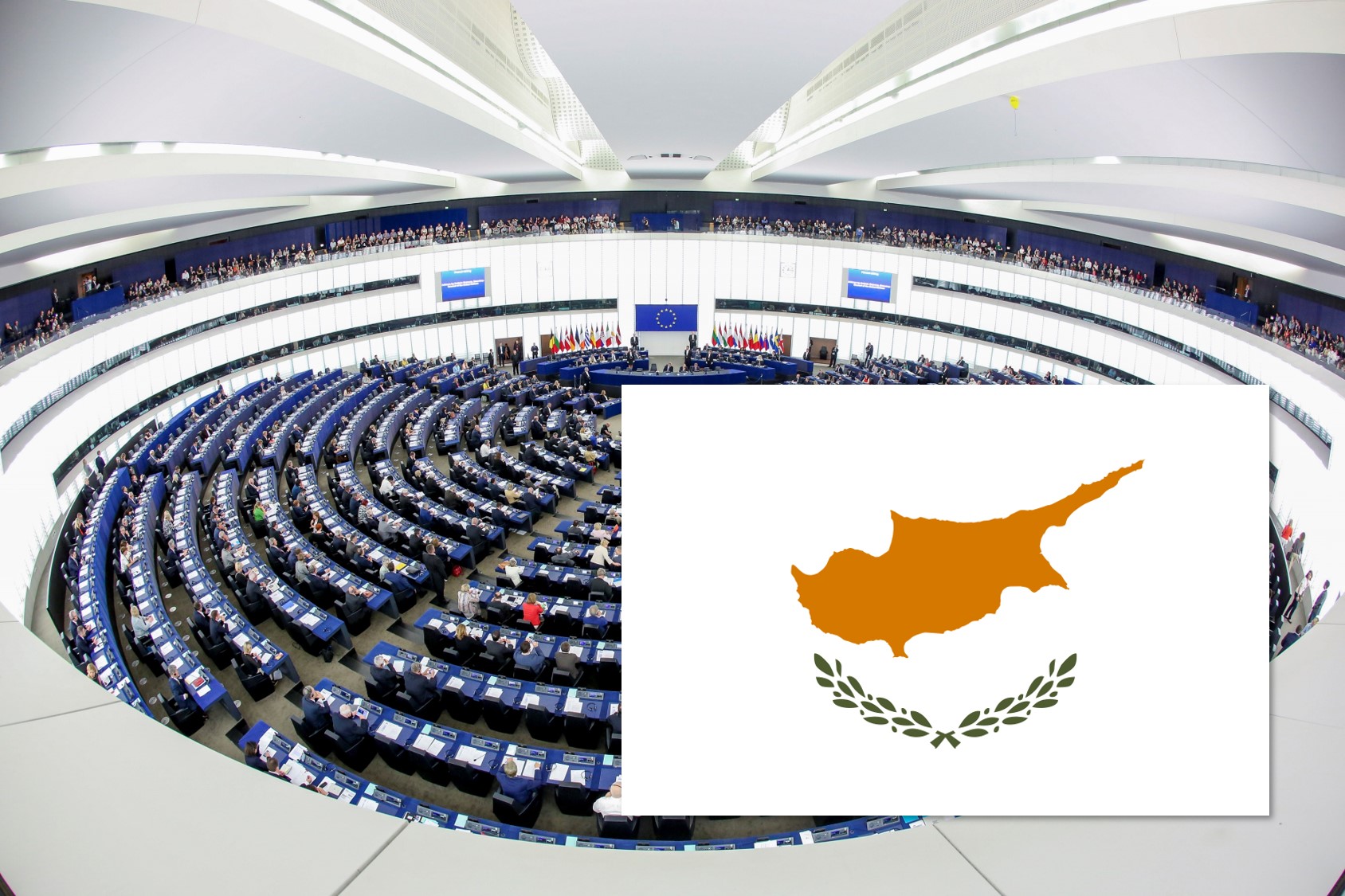 The 2019 European election in the Republic of Cyprus came three years after the last legislative elections of 2016 and one year after the presidential elections of 2018 which saw the right-wing governing party, DISY and President Nicos Anastasiades, renew their mandate for another five years. In the backlog of the campaign politics and electoral results that lie before us, one can observe a number of realignments in the patterns of political competition. Although each of them carries significance, their overall relevance in the island’s political evolution is certainly not analogous to a major transformation of domestic politics. Rather, a series of phenomena that can be called ‘soft’ have been witnessed, whereby apathy and far right consolidation have become the new normal and a swing against the government has emerged, which, however, has not altered the political dynamics very significantly.

Campaigning in the European elections is usually centred around national-level issues rather than EU-wide or even EU-relevant ones. Cyprus constitutes a clear example of this ethnocentric approach to the Union’s electoral process whereby political competition revolves chiefly around the Cyprus Problem and the economy. This is a pattern evident since the first European elections of 2004 (Teperoglou, 2012) which continues until today, in much similarity to the rest of the continent.

The Cyprus problem both trampled the EU as an issue of public political debate and was incorporated into questions relevant to the EU. For example, the Turkish Cypriot academic Niazi Kizilyurek’s candidacy, on the left-wing AKEL’s ballot, was challenged by journalists and politicians by questioning his intentions about voting inside the European Parliament (EP) on such ‘crucial issues’ of government and state policy such as direct trade between the EU and the internationally unrecognised TRNC (‘Turkish Republic of Northern Cyprus’), in the island’s northern part.

Most polls showed that the Cyprus problem, the economy and to a lesser extent corruption were the main criteria declared by the public as driving the vote. These were also the most salient issues within public opinion, to which the media both responded and contributed with their own ethnocentric framing (Trimithiotis, 2019). The crisis unfolded into various directions, for example, discussions about the government’s selling of the previously state-owned Cooperative Bank to one of the main private banks, and the handling of the transfer by the Finance Minister. Visible sleaze, compounded by the Left’s allegations that Anastasiades and DISY were elitist, authoritarian and corrupt also eroded the incumbent’s profile. Issues of ‘new politics’ that go beyond the traditional cleavages in the country – such as women’s rights within the EU or outside of it, LGBT rights issues, environmental protection, climate change, or urban planning – were marginal at best and completely insignificant at worse. A number of issues are also, already addressed within the ambit of the ethnic cleavage, through the everydayness of Cyprus problem politics.

The internal dynamics of parties determined their electoral strategy and consequently their ballot composition. The Left inside which a clear pro-solution stance has been projected since about 2014, included for the first time a Turkish Cypriot in its ballot for a public post in the Republic of Cyprus. His nomination was both symbolic of the reunification struggles and practical, as it was the first time that AKEL ran an organised and extensive pre-electoral campaign in the northern part of the island, which on voting day turned into contributing towards the transportation and attendance of Turkish Cypriot voters at the electoral polls.

AKEL’s move was at the same time electorally rational, as Kizilyurek’s candidacy was intended to limit or reverse the party’s 2% ‘losses’ to the pro-reunification, bi-communal ballots of 2014, Jasmin and Drasy-Eylem. In the European elections of 2019, the Turkish Cypriot vote was estimated to condition approximately between 2% and 4% of AKEL’s overall vote share, depending on abstention. The higher the abstention among Greek Cypriots, the more determinative of the result the Turkish Cypriot vote, hence the more responsive to the Turkish Cypriot vote AKEL (and others) would likely be.

For right-wing DISY, the presence of the extreme right ELAM required personas addressing ultranationalist, conservative and neo-fascist elements, but these had to be balanced with people reflecting liberal, open and bi-communal views. Its ballot thus reached a ‘compromise’ between the popular, lower and middle-class tendencies of the Right, both religious and nationalist, and the cosmopolitan, capitalist strata and professional classes which are liberal and pro-European. DISY’s strategy may have prevented worse damage but it was not enough to avert outflows towards either AKEL’s bi-communal ballot or ELAM’s outright hostility to reunification.

Six men were elected, two from the two main parties, AKEL and DISY, and one by the so-called in-between space, DIKO and EDEK. The four pillars of the pre-crisis party system in Cyprus entered the EP, but electoral shifts and evolving dynamics were evident (Table 1). In the immediate aftermath of the election, media articles again revolved around the slogan ‘Abstention was the winner’. In real votes abstention rose up to 352,968 from 340,025 in 2014. Α dramatic fall in the turnout rate happened already in 2009 and then again in 2014, on the occasion of the second and third European elections in Cyprus. By today, apathy has been stabilised and normalised, hence it is now all the more difficult to reverse – neither party-instigated polarisation, nor the growth of the far right have tamed it. Turkish Cypriot turnout was 6.93% or 5,604 voters, approximately double from 2014, largely because of Kirzilyurek’s nomination, but still very low. Increasing abstention rates and broader apathy are traits that have existed since before the early 2010s, at the onset of the economic crisis, and thus cannot be exclusively linked to economic trouble and their politicisation (see Charalambous, 2014).

Yet, some change has already happened. In clear contrast to the European elections of 2014, where the then newly elected President’s honeymoon period (Anastasiades was elected in 2013) allowed the Right to avoid significant losses and present itself as a winner (Charalambous, Papageorgiou and Pegasiou, 2015), by 2019 dissatisfaction with the government, now six years old rather than one, increased significantly. While a considerable part of citizens with negative opinions about DISY shifted into abstention, the party’s loss of almost nine per cent (a total of around 16,000 votes), may signal the beginning of the end of DISY’s hegemony. But it can also be potentially reversed or contained at the legislative elections in 2021, in two years’ time, amidst high electoral fluidity. Compared to the vote shares of the parties participating in the EPP (European People’s Party), DISY’s losses still allow it a place approximately seven percentage points above its ‘sister’-parties’ EU average. Its result is thus not disastrous at least in comparative terms but its ground has receded and its electoral future looks tough.

What the far right achieved amounts to its consolidation as one of the five biggest parties in the Republic of Cyprus. Specifically, ELAM gathered 23,166 votes, slightly higher than its candidacy for the Presidential elections of 2008 polled, but more than threefold in real numbers of its 2014 European elections result. Although the Greek Cypriot far right did not manage to enter the EP, its real electoral strength now seems to lie between six and eight per cent of the vote. The days of discussing how to deter the rise of the extremists are now over; this is the period of their consolidation and mainstreaming.

The fluidity of political competition has also been clear for some time but the results, again, are not transformative. From Table 2, one can see that vote switching occurred between most political spaces, but for the most part only between the ideologically approximate parties or platforms; voters moved from one to another choice, largely based on at least one or more ideological or political convictions with a historical reflection in terms of either or both traditional socio-economic issues and the ethnic cleavage.

AKEL’s candidate list, which included a Turkish Cypriot liberal academic (who was elected with more than 25,000 votes), attracted voters on the pro-reunification side within DISY or the broader centre-right space. The left also attracted a considerable number of Turkish Cypriots, as intended – around two thirds of those who voted. These two forces have increased AKEL’s vote for the EP, which along with a return to the party from voters who had abstained in 2014, added to the Left around 8,000 voters compared to five years ago. Still, and although AKEL’s vote consolidation has increased and is high, a number of voters choosing the party until 2009, before the effects of its experience in executive office (2008-2013), seem to have been lost forever – mostly, although not exclusively, to abstention.

DISY lost most of its ‘previous’ votes to its right, the extremist ELAM, especially in the district of Famagusta where material interests in tourism and construction that could be damaged from reunification tend to favour an explicitly hard-line policy on the Cyprus problem and ultra-nationalism. The ‘centrist’, nationalist space emerged equally divided as before – Citizens’ Alliance is exiting as a relevant actor and DIKO splinter, DIPA, is entering. DIKO increased its share by approximately 3%, although to this contributed the inclusion of Solidarity in its ballot. The social democratic EDEK attracted voters who were adamant on keeping ELAM out of the EP, many of whom came from the Ecologists/Citizens’ Movement and guided by polls, opted for EDEK to avoid casting a ‘lost vote’.

The crisis years are not yet over in Cyprus, especially in the path towards the negotiated and official partition of the island (see Ioannou, 2019), but also in what concerns the public’s response to the last European elections. Various signs of economically-driven political disaffection are there: increase in the left’s vote consolidation, switches from the Right to the Far Right by ultra-nationalist lower- and middle-class supporters who have been negatively affected by state favours or policy, and the centrality of economic institutions in the campaign, such as co-ops and banks.

In most respects the election signalled the continuation of developments that had appeared with the European elections of 2009 and 2014, or the legislative elections of 2016; this year’s electoral contest consolidated pre-existing tendencies inside society, rather than generating phenomena that are entirely new in their own right.

Charalambous, G. (2014). Political Culture and Behaviour in the Republic of Cyprus during the Crisis. Nicosia: Peace Research Institute Oslo, Cyprus Centre and Freidrich-Ebert-Stiftung.

Charalambous, G., Papageorgiou, B. and Pegasiou, A. (2015). Surprising Elections in Exciting Times? Of Proxies and Second-Order Events in the 2014 European Election in Cyprus. South European Society and Politics, 20(3), 403-424.