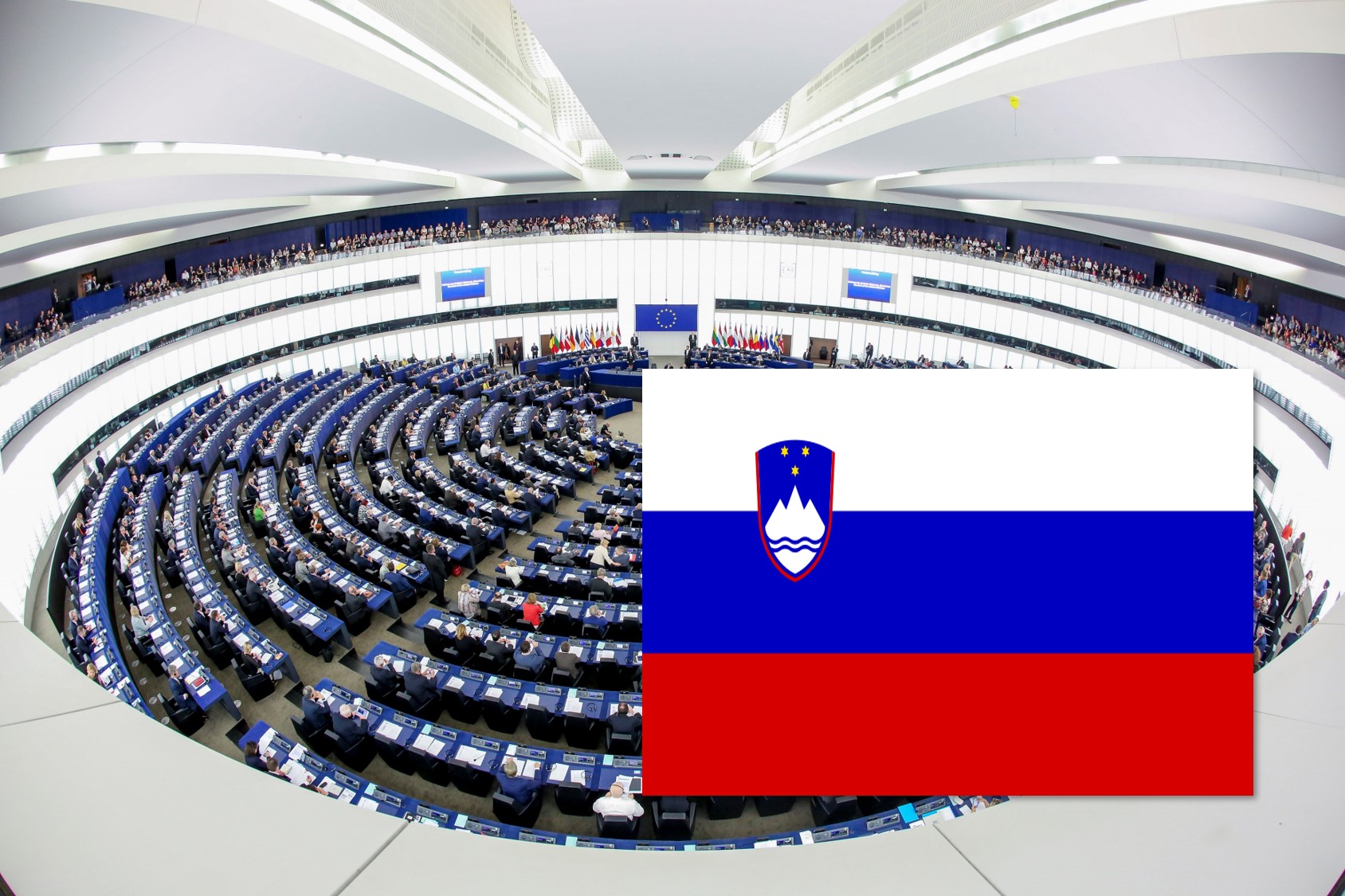 The election in Slovenia for eight European Parliament (EP) seats took place on May 26. For the EP elections, Slovenia is considered a single electoral constituency. The election is based on a system of proportional representation – it is obligatory to vote for a party list and optional to also give a preference vote to any of the individual candidates on the selected party list. EP seats are distributed according to the d’Hondt method. There is no formal electoral threshold. All stated, together with the official introduction of a gender quota system, has proven to represent a fairly effective electoral system (Fink-Hafner and Deželan, 2016).

The interest of Slovenian political lists to compete in the EP elections has traditionally been quite high. There were fourteen political lists, among them seven competing for the first time and seven re-competing for the 2019 EP elections. Candidates numbered 103, among them 51 women and 52 men. All nine parliamentary and five non-parliamentary parties submitted their candidacies. The four party lists (two left-wing and two right-wing parliamentary parties) equally distributed eight Slovenian seats in the EP, of which three lists confirmed their previous EP status, one was newly elected, and two from the 2014-2019 mandate lost their bids. An 11% threshold of the very low 28.4% turnout rate in Slovenia was needed to enter the EP in 2019. Traditionally strong dependencies on contemporary domestic political circumstances and balances of powers have also marked this year’s EP campaign processes and electoral choices.

Slovenians’ political trust in the EU is low, similar to domestic political institutions and parties, though these are, at the same time, seen as holding solutions to the majority of the country’s problems (Toš et al., 2018). Although entry into the EU has traditionally been seen as a positive political decision for Slovenia, low trust in the EU, expressed both in public opinion polls and through participation in elections, is an issue that has not been addressed since the first elections in 2004. To some extent, this can be directly correlated with the role of the EU and its institutions which are scored in citizens’ evaluations as unsuccessful in solving many of the serious problems in the country, such as the 2012 financial crisis and the recent migration issues that literally paralysed the state’s apparatus in 2015. In this regard and together with a fed-up attitude towards domestic politics, this year’s 28.4% turnout, the second lowest among all EU members at 2019 elections, is no surprise.

From the national political perspective, as in 2014, EP elections have been held in the domestic political circumstances of a vague and fragmented minority government. Two early national elections were held in July 2014 and June 2018 between two EP election cycles. In both cases, newly established liberal political parties were taking over the leading coalition positions (first, the Modern Centre Party (SMC) in July 2014 and the List of Marjan Šarec (LMS) after the June 2018 elections). Both of these parties formed coalitions with the Social Democrats (SD) and the Democratic Party of Pensioners of Slovenia DeSUS (both traditional parties in the political arena with slight internal reformations from the 1990s on). The small and young Party of Alenka Bratušek (SAB) is a third example of a new liberal party, then under the umbrella of Positive Slovenia party, leading a coalition between 2013 and 2014 and also joining the current coalition. Despite being unusually numerous, the five current coalition partners are together still a minority due to the scattered election results, with all of the partners having similar proportions of votes. The absolute winner of the 2018 election, the right-wing Slovenian Social Democracy (SDS), was unable to form a coalition, and together with New Slovenia – Christian Democrats (NSi) and Slovenian National Party (SNS) became part of the opposition.

In such fragmented and fragile circumstances, coloured with positive growth cycle statistics of 4.1% GDP growth, 1.7% inflation and 4.4% unemployment rate (SORS, 2019), but bound by poor economic growth forecasts, the lack of needed structural reforms and active migrant issues, the electoral campaign for the EP elections started in the country.

The 2019 EP election campaign was implemented without any serious negative attacks, the campaign in general can be labelled as ‘by the book’, with a mixture of pre- and post-modern campaign elements (Farrell and Schmitt‐Beck, 2002). The parties and their candidates were active on social media (especially Twitter, Facebook and Instagram), all of the EP parliamentary parties distributed large posters, and most circulated campaign leaflets. A lot of the direct communication with the voters on the terrain was organised, including with international support and visits by European politicians. At some point the campaigns became so similar and template-made that it was almost impossible to identify any one campaign as unique.

A similar assessment can also be made for the extensive media coverage of the campaign, which, with almost no provocation, organised media confrontations between the candidates about a set of salient issues (especially migration, the future of the EU and the role of Slovenia in the EU). Social media campaigns for this year’s EP elections coincided also with the EU run national campaigns projects, like ‘#EUandME‘, addressing young voters, and a video project, ‘Tokratgremvolit.eu’, unsuccessfully calling for higher electoral participation.

Interestingly, a flow of pre-election opinion polls were released to the public during the campaign period with many biased results in favour of certain parties that were actually elected at the end.

With the exception of SDS, NSi and The Left, little can be said about the parties’ ideological and policy programme statements, positions or choices because parties used only programme-dashboards or did even less to address the voters’ preferences. LMŠ, which gained two EP seats, for example, compensated a lack of a programme statement with the president’s and party list holder’s speeches and press releases. It is interesting that, though parties refer to their membership in the European family groups, they rarely directly apply any of the ‘mother’s’ programme statements or manifestos. The campaign’s content was marked by a lot of very basic and general statements about the importance of the European Union’s future, the role of Slovenia inside it, European values and principles, and only a couple of very general policy positions on security, corruption, social, economic and agricultural issues.

Four political parties, half of them members of the coalition and half of the opposition, gained eight seats at the 2019 EP elections. Leading coalition party of liberal LMŠ (newly established a year before the national elections) and its partner, SD, each got two mandates, while leading opposition party SDS, together with its current EP pre-electoral coalition partner of Slovenian People’s Party SLS, won three seats, and NSi alone (without its EP 2014 pre-electoral coalition partner SLS) got one seat. Altogether, the four elected parties to the EP gained a bit more than 70% of all valid votes, with all of the eight elected candidates being elected with preference votes. Gender balance was equally distributed between four female and four male MEPs on both the coalition and opposition sides.

Besides the equally distributed domestic political powers, the EP 2019 election results draw a very interesting picture of the national elite in the EP (Scarrow, 1997). Apart from DeSUS, the other traditional parties (those established shortly after Slovenian independence in 1991) of SD, SDS and NSi have been re-elected from the first EP elections from 2004 forward. Furthermore, at the level of individual MEPs, a recognisable elite within these parties has been gaining strength. Three MEPs from the SDS list and one MEP from SD have been re-elected at least twice, and a newly elected MEP from NSi is coming back to the EP after her 2004-2009 EP term and 2011-2019 national parliamentary mandate. Among the remaining three MEPs, the newly elected holder of the LMŠ list lacks previous political experience, while the second LMŠ MEP holds previous executive political experience in the defunct liberal party For Real (2008-2011). Also, the newly elected MEP from SD has a national parliamentary career path from the 2014-2018 mandate term, serving as the Speaker of the National Assembly and vice-president of the then coalition-leading liberal party, SMC, and being re-elected on the SMC list for the 2018-2022 term, while transferring to the SD parliamentary group and party list a few weeks later.

A real winner of the 2019 EP election in Slovenia cannot be stated. Despite the fact that SD regained one seat after the 2009 elections, that LMŠ got two MEP mandates on the basis of its domestic coalition powers and that NSi lost one seat, the volatility data and history of parties’ electoral results on both national and EP level would serve as the main arguments for such assessment (see Table 1; Kustec Lipicer and Henjak, 2015). All traditional parties would mark only a slight change in % of their votes between individual elections, while the history of new parties would point to extremely high volatility rates due to the short periods of enjoying voter support. In the case of the EP 2019 elections, for example, two newly established and former leading coalition liberal parties at the national level, SAB/Positive Slovenia (2013-2014) and SMC (2014-2018), did not enter the EP, suffering also much lower results at the next national elections. In the case of EP elections a very similar destiny happened to liberal party For Real (ZARES) and its MEP Ivo Vajgl during the 2009 EP election, and the Believe, List of Dr. Igor Šoltes from the 2014 EP election, both parties vanishing from the national and EP political arena at the next election. Interestingly both of the stated MEPs tried their new EP electoral opportunity as the holders of DeSUS list – Vajgl even successfully in 2014, while Šoltes not successfully in 2019.

Source: own calculations on the basis of SEC, 2019.

Regarding volatility, it must also be mentioned that more than half of all competing lists for the 2014 EP elections (9 out of 16) did not compete for the 2019 elections, among them three coalition partners from that term that are today either defunct or only regionally active (e.g. Positive Slovenia). On the other hand, exactly half of completely new political parties ran in this year’s EP elections. SMC and SAB did not run in 2014 EP elections while they were preparing for the early national election that weas held in July of that year, LMŠ was formed as a party only in 2018, before the early elections in June that year, while party lists DOM and Let’s Unite were formed directly for the 2019 EP elections.

In the end, only LMŠ among all seven new lists succeeded in entering the EP 2019-2024 mandate, and even then only due to its contemporary leading coalition status at the national level.

The debate about Slovenia’s 2019 EP experience is not that much about the first- or second-order character (Reif and Schmitt, 1980; Reif, 1984; Hix and Marsh, 2011) as it is about split political and party identities in the national arena.

1) low turnout and template-structured, self-intended campaign activities, while at the same time seeing the EU as a champion for the future of the nation;

2) slippery volatility scores in conditions of a successful building and consolidation of EP elite in traditional parties of both the right and left sides of the political spectrum, and the devastating failures of newly established, mostly liberal, parties to regain voter support in the next elections;

3) an unstable, constantly changing first-order national political arena having a direct impact on voting behaviour in national and EP elections.

A call for the stabilisation of the national political and party arena and the building of a stronger domestic attitude towards EU electoral democracy and political culture is more than obvious considering the 2019 Slovenian EP electoral experience. This is not to mention the forthcoming, traditionally combative, domestic political disputes in the process of nominating a national member for the European Commission, which has already been triggered directly after the announcement of the election results (Rtvslo, 2019).