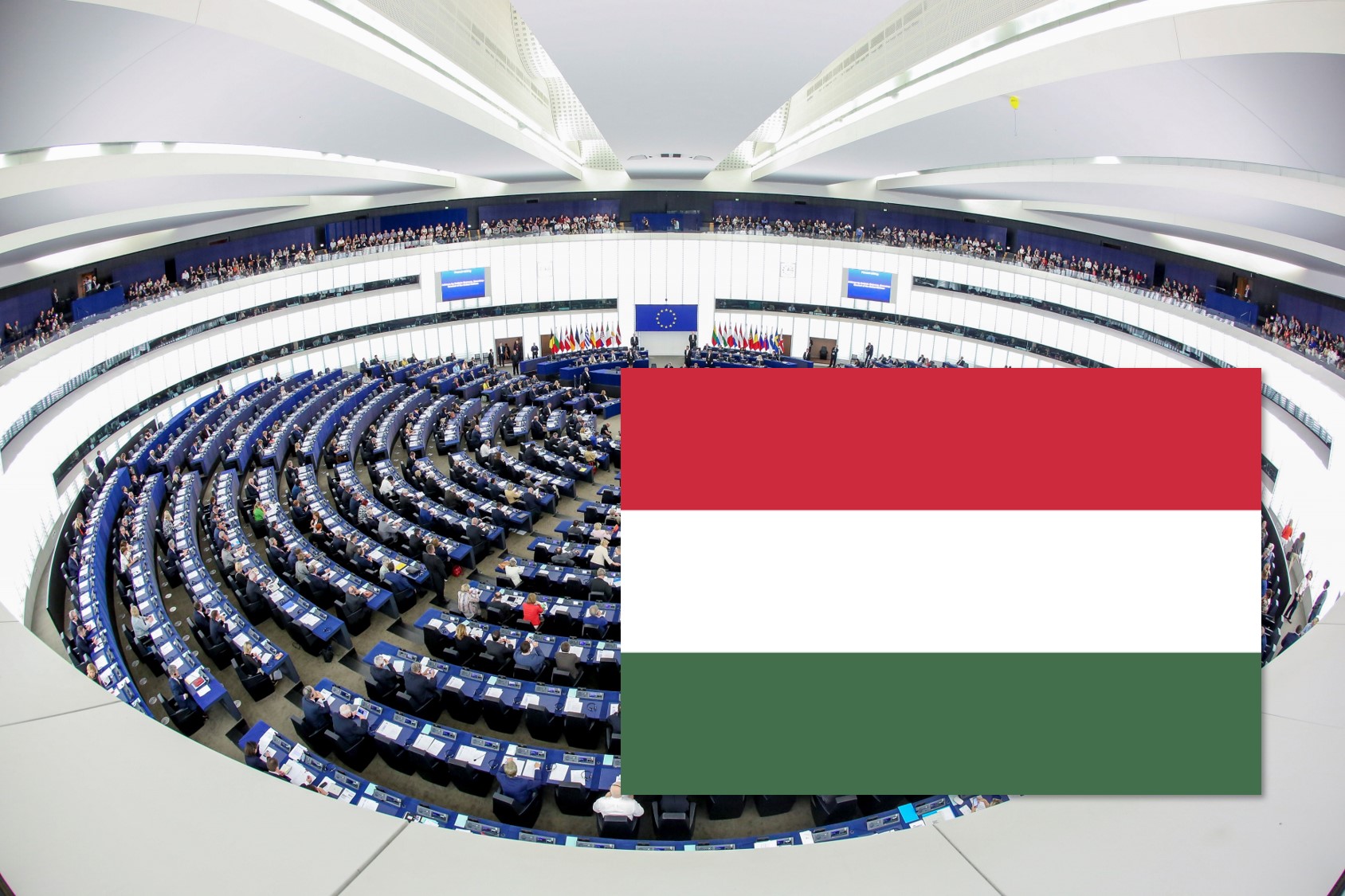 26 May 2019 saw an election paradox in Hungary: a long-serving government won big on a record-high turnout, yet the winners looked frustrated and the losers positively re-charged. Prime Minister Viktor Orbán’s Fidesz-KDNP electoral alliance took well over 52% of the popular vote and 62% of the country’s 21 seats in the European Parliament. That is one seat and one percent of the vote up compared to the 2014 EP elections, and just one seat and four percent of the vote less than their all-time best in 2009. But Fidesz’ leaders appeared disappointed and the government shortly announced unexpected policy concessions (Balogh, 2019).

The opposition[1] received a lower vote share than in any one of the 2010, 2014 and 2018 parliamentary elections. The numbers promised them no good because in those three races Fidesz won a two-thirds majority in the only chamber of parliament, enough to change constitutional rule and fill positions on high courts, prosecution services, and all public agencies. Yet, the 2019 results made the opposition appear reenergized. Outside of government propaganda outlets, the dismal results probably even increased the credibility of the opposition challenge in the fall local elections when unprecedentedly broad opposition alliances are expected to sweep some of the country’s biggest municipalities.

Orbán’s campaign used a dramatic narrative and vast resources. With his opposition demoralized and toothless after the 2018 national elections, the proudly “illiberal” prime minister put forward himself as the champion of a new style coalition of the European People’s Party with anti-immigration far-right parties in the European Commission after the 2019 election.[2] He expected this change from illiberal parties increasing their vote across Europe after campaigning on a strict anti-immigration stance, and the EPP shifting to the right. The political agenda of the new Commission would then go against multiculturalism and social liberalism, build friendlier relations with Russia and Turkey, and give EU members states “the right to defend the nationally strategic economic sectors and markets”, as well as veto rights on “the most important issues” in the EU. His campaign narrative argued that Europe’s “exclusively liberal” leaders proved “unable to defend Europe against immigration” because “instead of a Europe resting on Christian foundations, it is building a Europe of ‘the open society’ … [where] European people can be readily replaced with immigrants; the family has been transformed into an optional, fluid form of cohabitation; the nation, national identity and national pride are seen as negative and obsolete notions; and the state no longer guarantees security in Europe.” The “liberal elite” pursues the “Soros-plan” to bring to Europe and naturalize so many Muslim immigrants that the “Christian Democratic” side can never win over the “left liberals” in Europe’s national elections ever again. “Those groups preserving Christian traditions will be forced out of politics, and decisions about the future of Europe will be made without them.“

The Hungarian government and Fidesz spared no resources on promoting this message, even fielding a 28-nation multi-year survey series to monitor its reception across Europe. Back home, a practically continuous government advertising campaign started on all conceivable platforms in 2016 to argue that immigration, allegedly promoted by Hungarian-born billionaire George Soros, poses an imminent threat to Hungary and is supported by the European Commission. The billboards posted in the first three months of 2019 alone nearly cost 40 million Euros (Jandó, 2019), the total EP campaign expenditure of the two biggest Swedish parties, and that was just one medium in a short period of the entire campaign. Government advertising was supplemented with Fidesz’ well-honed get-out-the-vote efforts that reach out with highly targeted and repeated personal contacting to over half the potential Fidesz electorate.

The opposition campaigns had miniscule financial resources in comparison, no meaningful contact lists of supporters, and a meagre activist pool of a few thousand altogether.

The largest opposition party, the formerly far-right Jobbik (“Movement for a Better Hungary”), clearly, if inconsistently, has shifted to more moderate rhetoric and policy positions since 2013, fully embracing EU membership, inter alia. From 2015 on, however, Fidesz’ growing popularity fed by an economic upturn and an anti-immigrant stance pushed Jobbik down to a 20% vote share in the 2018 national election (Tóka, 2018). The frustrated hopes of emerging as a viable single-party challenger to Fidesz prompted a further move by Jobbik to political coordination with the rest of the opposition, and the exodus of the party’s far-right and pro-government faction into the Mi Hazánk (“Our Homeland”) splinter party in summer 2018. Mi Hazánk launched a conspicuously well-founded campaign for the EP election, while Jobbik was paralysed by arbitrary fines meted out by the National Audit Office for campaign law violations. Unable to conduct an election campaign before the May 2019 election, Jobbik’s 6.3% vote share was barely more than half the support it had in opinion polls.

Neck and neck with Jobbik in most pre-election polls was MSZP (Hungarian Socialist Party), a moderate successor of the party ruling the country prior to democratization in 1989-1990. From 1994 till 2010 MSZP was the main government party in social-liberal coalitions except for four years in opposition to Orban’s first right-wing government in 1998-2002. As a result of the unpopularity of Ferenc Gyurcsány’s 2006-2009 government, the party lost over half of its former vote by the time of the 2010 election. Its survival as by far the biggest opposition party left of the newly emerged Jobbik was credit to its well-entrenched organization and earthly political pragmatism, but has often been seen more of an obstacle than a resource for an effective left-wing challenge to Fidesz’ rein. Their lacklustre 2019 campaign lacked identifiable messages, and was hampered by scandals and a controversial ranking of candidates for the EP.

All this may explain the staggering swing of votes from MSZP to DK (Democratic Coalition) towards the end of the EP election campaign. The rather liberal DK (Democratic Coalition) was created in 2011 by former socialist premier Gyurcsány together with some of Fidesz’ most determined liberal and conservative opponents. For many years, DK struggled to make an impact except as a junior member of electoral alliances with MSZP. The 2019 EP election’s list PR system was DK’s one-off opportunity to take over the MSZP before crucial bargains between the opposition parties for the fall 2019 local elections, and they went all in with their resources. Their campaign smartly invested into social media presence and focused on a politically gifted ticket leader who, being Mr. Gyurcsány’s popular wife, could push the divisive party leader into the background while retaining the support of his supporters. The loudly oppositional and pro-EU campaign of DK could capitalize on a subdued MSZP campaign and the fact that previous electoral alliances made the two parties’ electorates mutually interchangeable. DK thus ended up with 16%, and the MSZP-Párbeszéd joint list with just 6.6% of the vote.

The liberal Momentum, winning just 3% of the vote in their first election in 2018, merely needed to show up for the 2019 campaign to take over much of the previous LMP electorate and more. LMP (Politics Can Be Different) is a green party that emerged in 2009, with its identity still rooted in the opposition to Gyurcsány and the MSZP as much as to Orbán’s policies. This ambiguity threw the party into a crisis after the 2018 election as the party’s views regarding electoral alliance options came into open conflict with the visible majority of its electorate. Momentum offered an obvious alternative that the socially liberal urban electorates readily accepted, landing LMP at 2.2%, and Momentum at 9.9% of the vote in 2019.

Thus, the paradoxes reflected surprises. An audacious bid did not pay off for Orbán like many had done before because of his overambitious international goals. Lively competition among the opposition parties, which undermines them in majoritarian elections, spared them a public relations disaster for once. The credibility of Jobbik, LMP and MSZP as effective vehicles for political change was badly damaged in previous national elections. With only another fiasco on offer in the EP election, they kept their best for the local elections. For DK and Momentum, May 2019 meant everything: show your viability now or your frustrated supporters may move elsewhere in search for a party that can challenge the regime. The opposition supporters rewarded visible will to fight the regime, and won hopes of greater success in the future.

[1] Local parlance denotes as opposition an ideologically colorful set of parties pledged to redemocratize the authoritarian political system that emerged under Orbán’s successive governments since May 2010. Of the parties running in the EP election, it excludes Fidesz and its satellite the KDNP, as well as the explicitly pro-government Mi Hazánk and Munkáspárt. For lack of political significance, the KDNP, Munkáspárt, MKKP (Hungarian Two-Tailed Dog Party, a Dadaist opposition collective satirically mocking government and opposition alike) and Párbeszéd (the electoral alliance partner of MSZP) will not be discussed here.