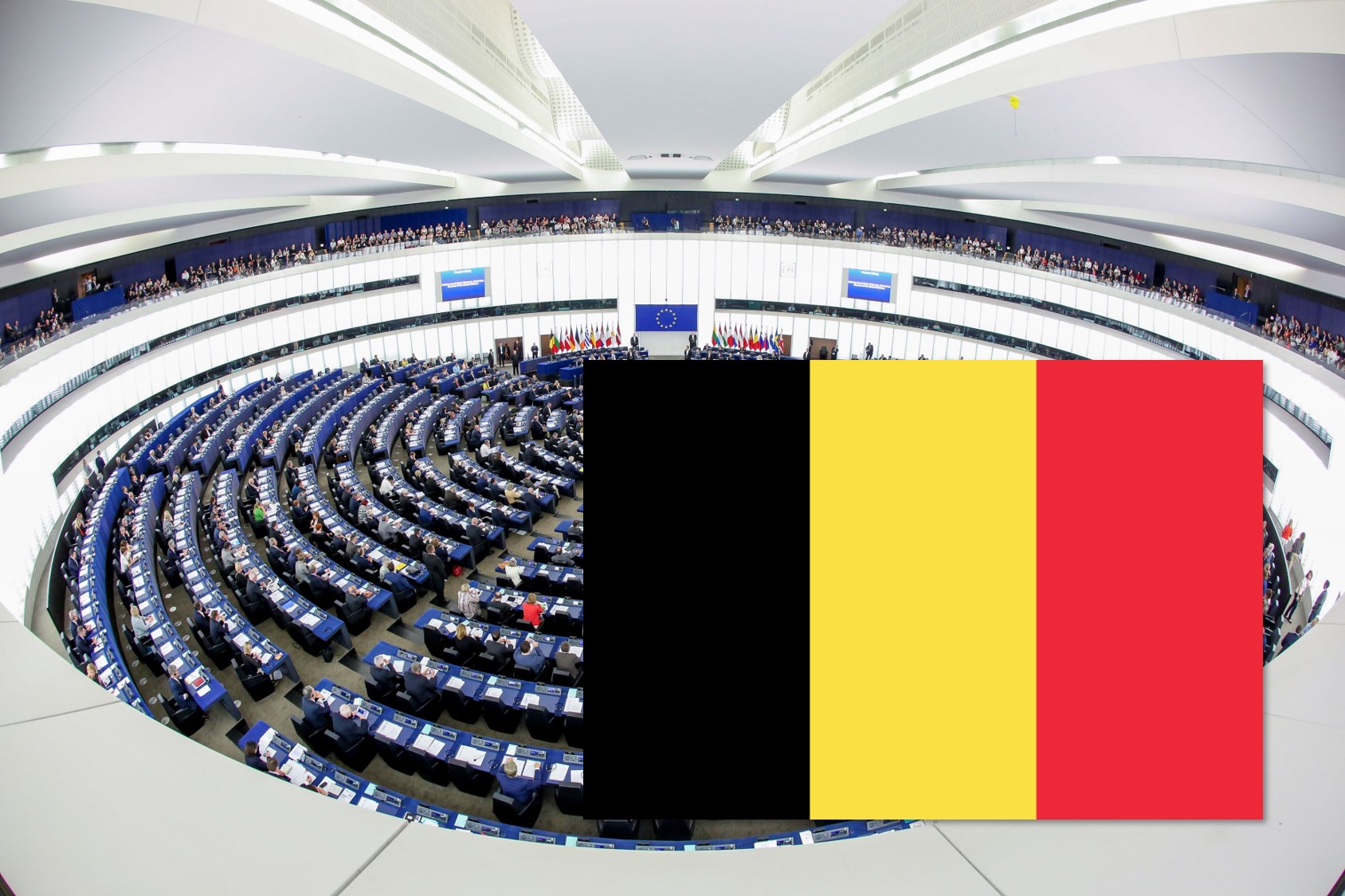 Like five years ago, the Belgian elections to the European Parliament (EP) coincided with the regional and federal elections. As voting is compulsory, the exceptional turnout of 88.5% is a bad indicator of the salience of the election. But from the near absence of European campaigns and candidates from public debate and media, as well as from the marginal differences in the election results between the three levels, we may read the EP election was again overshadowed by national campaigns and candidates.[1] Nevertheless, this competition had a European dimension, as it was dominated by two transnational issues: the climate and migration. Radical right, radical left and green parties that ‘own’ these issues were the winners of the election, at the cost of center parties.[2] This development is not new to most EU member states. But it poses a new challenge to the Belgian federal system, as it extrapolates the long-standing divide between Flanders and Wallonia.

Belgium: a federal state of communities and regions

To interpret the dynamics of this three-level election, some understanding of the Belgian political system is needed. Belgium is a federal state, with three competent levels: the federal, provincial and municipal levels. At the highest level, the federal state, the communities and the region are at equal standing. The communities are groups of citizens with a shared culture and language, next to the main languages, Dutch and French, there is a tiny German-speaking community. The competences of the communities’ governments and parliaments focus on culture and education.[3]

The regions are territorially defined and hold mainly socio-economic competences. The Northern, Flemish region covers the largest part of the country. Wallonia covers the Southern part, and the Brussels Capital region is situated at the heart of the country, near the language border, but entirely surrounded by Flemish territory. The Flemish community and region institutionally overlap, as they are both represented by the Flemish Parliament. The Walloon region, the French-speaking community, the Brussels Capital region and the German-speaking community (residing in the East of the Walloon region) have separate parliaments and governments.

Members of these six parliaments are selected through proportional elections, with a 5% threshold and different constituencies. The complex and asymmetrical political system results in a two largely separate party systems: a Flemish and a Walloon one.  Debates, campaigns and awareness of candidates remain highly confined to the two main regions. In Brussels, voters get to choose between lists of French- or Dutch speaking candidates. By consequence, the two party systems co-exist in Brussels. As there is only a minority of Dutch-speaking citizens, debate is dominated by the French-speaking parties.

The federal government is a coalition of parties from Flanders and Wallonia. For a long time, the centre parties dominating the political landscape, the democrat CD&V and CdH, the social-democrat Sp.a and PS, and the liberal OpenVld and MR were ready to compromise across the linguistic divide.

However, Flemish voters have long been more right-leaning, while socialists are stronger in Wallonia. In recent years, this divide has deepened, especially with the rapid growth of the conservative right, Flemish nationalist N-VA, which has been the largest party in Flanders since 2010. The most outspoken case for Flemish independence is made by the radical right VB. Due to its racist and discriminatory discourse, the party has been excluded from government negotiations by the other Belgian parties, in a so-called cordon sanitaire.

The results of the European election are presented in Table 1. In Flanders the New Flemish Alliance (N-VA) remains the largest party at all three levels. However, it loses a few percentages in each election. The radical right Flemish Interest (VB) ends second, but is the clear winner, with an increase of 12.5% over the three levels. On the Walloon side, this dynamic is mirrored on the left side of the political spectrum. The social-democrat PS remains the first party, but it loses between 3 and 5% over the three levels. Its radical challenger on the left, the communist Labour Party (PTB), increases its vote share with about 9%, with results between 14% and 15% over the three levels. Scores for the Walloon green party Ecolo increase between 6% and 8%.

If we compare results over the three levels, differences are rather small. Comparing the regional[4] and the EP election results, the most remarkable difference is that green parties do better in the EP elections than in the regional and federal ones. The Flemish green party Groen takes 2.3% more in the EP election, and the Walloon greens take 5.4%, with about 1.5% increase in the vote share.[5] It suggests that the outspokenly transnational and pro-European programs these parties presented, may have incited voters to make a particular European choice.

It could also be a consequence of the typical phenomenon of ‘sincere voting’ in second order elections, where voters opt for a smaller party they sympathize with, when the stakes in the election seem lower to them.[6] However, with radical left and radical right challengers, we see no such effects. Results for PTB and VB are equally strong in Wallonia and Flanders, as they are in the EP election. Whereas research has shown that voters behave differently in European elections, coincidence and compulsory voting seem to mitigate these effects in Belgium.[7]

Despite the lack of attention for the EP election, the elections had a European dimension due to the two topics dominating the agenda: migration and the climate. The latter was especially much debated in Flanders. Migration had been a hot topic over the leaving government’s term, as the federal state secretary for asylum and migration, Theo Francken (N-VA) had caused several incidents, taking a very tough stand on migration, and sharing controversial tweets about refugees and migrants. Eventually, the government fell over the issue, when coalition partner N-VA refused to back the United Nations Global Compact for Migration.

The climate had been at the centre of public debate since the weekly protests of the Belgian youth in the streets of Brussels. Following the example of the Swedish activist Greta Thunberg, the youngsters held weekly ‘strikes’, taking to the streets instead of going to school. Shortly after the demonstration, the Flemish Christian-democrat minister for the environment, resigned after she falsely claimed that the secret services informed her about radical forces orchestrating the protests.

The issue of European integration itself remained largely depoliticized. Despite a tough anti-migration agenda, both N-VA and VB refrain from placing hard Euroscepticism at the centre of their programs. A possible explanation for this, is that they may see the EU as a vehicle, rather than an obstacle in that struggle. Contrary to what the strong position of the two Flemish nationalist parties may imply, the topic of state reform, or a further redistribution of competences within Belgium, was barely discussed in the run-up to the election.

While national politicians took turns in showing up in daily political shows on the Belgian national channels, there was little attention for the EP candidates. On Flemish television, there was a rather low-profile debate between candidates, and there were two or three slightly more ambitious debates in Walloon media. Also, there was no Belgian candidacy for the Spitzenkandidaten procedure. In 2014, the candidacy of Guy Verhofstadt for the Presidency of the Commission had attracted at least some attention to the European election.[8]

Altogether, the EP election went by without much notice. For many Belgians, the European vote was just another box to be filled on an already complex ballot paper. Nevertheless, the salience of migration and the climate, and the gains of parties that ‘own’ these issues, gave the election a European dimension. It seems that Belgium is catching up with a development that has been redrawing party systems elsewhere in Europe for quite some time now. But in the particular Belgian context, it results in a growing fracture between the two parts of the country. Without touching upon the issue, the Flemish nationalists may have succeeded in getting the issue of state reform on the table by means of the essentially European issue of migration.

[3] The German-speaking community amounts to about 76,000 citizens

[4] Which is, arguably, the most salient or ‘first order’ election

[5] This effect is stronger in Wallonia, where Ecolo takes 19.9% in the EP election, compared to 14.5% in the Walloon election.