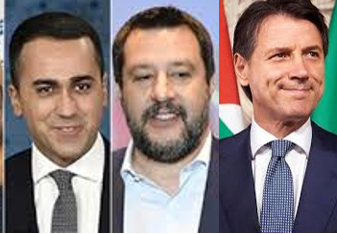 ABSTRACT
The European Parliament elections of 2019 in Italy can be considered as a crucial turning point for the national political system. Indeed, both the balance of power among parties and the governmental dynamics were deeply affected by the outcome of the 2019 elections. In a context of notable electoral instability, an almost perfect turnaround among the two partners of the so-called yellow-green majority occurred: Matteo Salvini’s League doubled its vote share compared to the 2018 parliamentary elections, while the Five-star Movement halved its support. By revealing the asymmetry in the distribution of power in Parliament and in the electorate between the two governing partners, the election outcome marked the beginning of the end for the first Conte government. It eventually led to the unexpected reconciliation between the M5s and the Democratic Party, which in turn resulted in the formation of the second Conte government at the end of the summer. This article analyses the outcome of the European Parliament elections of 2019 in Italy. In particular, it focuses on the context of the electoral campaign and trends in public opinion, the election results in terms of turnout and party support, and the vote shifts experienced by the main parties between 2018 and 2019. Finally, the article also discusses the implications of the election outcome for the evolution of the Italian party system