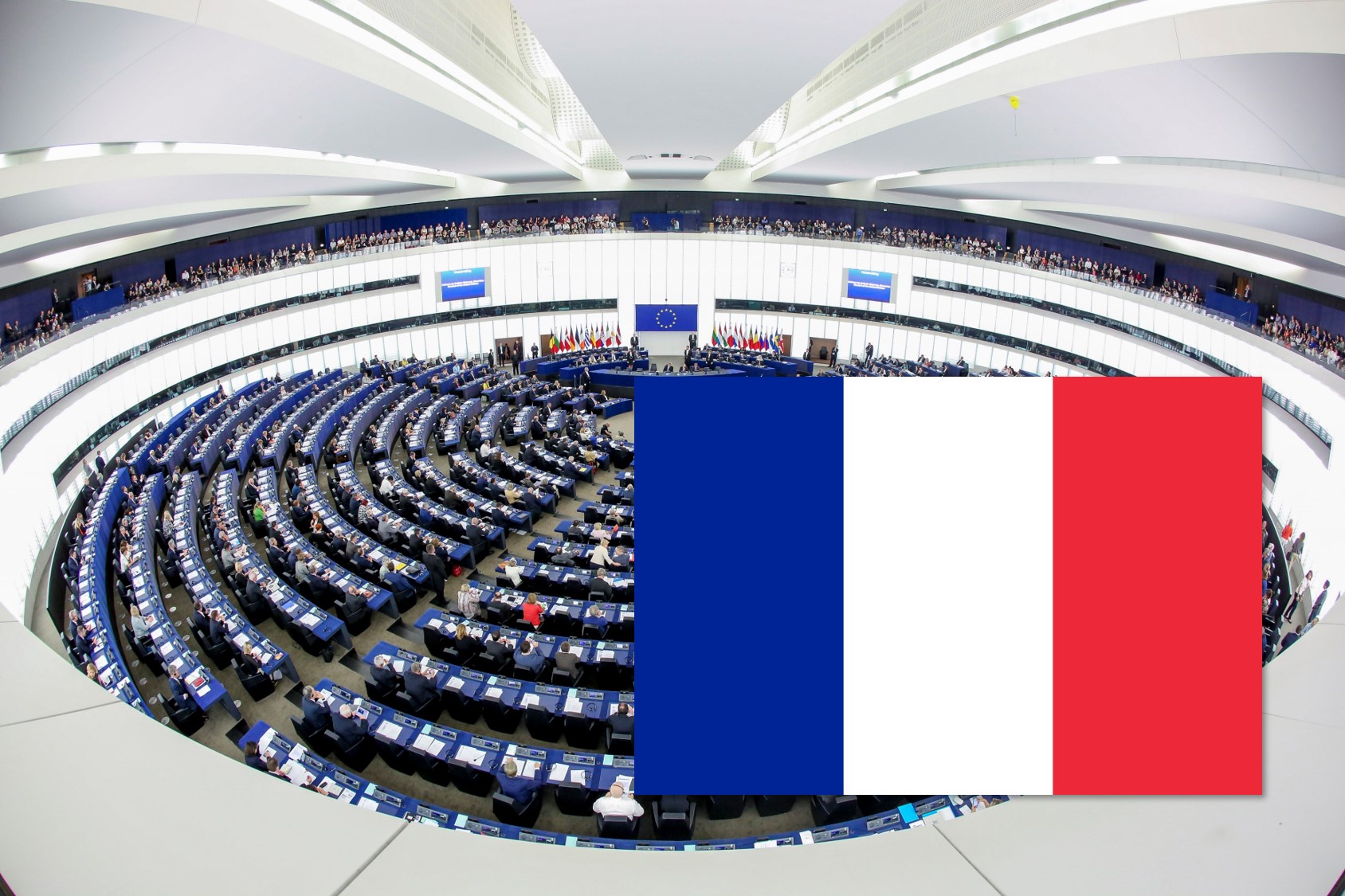 The election of the European Parliament took place in metropolitan France on May 26 (oversees departments had already voted the day before). 74 seats were to be filled, with an additional 5 seats on reserve in case of a Brexit. The election is based on a proportional system, with a 5 per cent minimum threshold: Only lists which pass this threshold obtain representatives in the European Parliament. The party lists are closed, meaning that citizens vote for one list, but cannot express any preference for specific candidates within that list. While this electoral rule was similar to the one used in 2014, the division of electoral districts changed, passing from 8 regional constituencies to a single national electoral district.

This election represented an important test for French President Emmanuel Macron and his party The Republic on the Move (LaREM), as this was the first national poll since his victory in the presidential and legislative elections of May and June 2017. Furthermore, this campaign followed months of popular contestation by the Yellow Vests. This movement started in October 2018, initially as a protest against an increase in fuel prices. It grew rapidly, largely spreading via social media, and led to massive, weekly demonstrations all over France. While the claims of this movement were quite diverse, they centred around issues of social and fiscal justice, the rise in the costs of living, and a demand for new forms of participation, such as the introduction of a citizens’ initiative referendum. More generally, this movement expressed a profound discontent with mainstream parties and with the government’s policies.

The unofficial launch of the campaign was maybe represented by Emmanuel Macron’s letter to European citizens, an opinion piece published in newspapers across all EU member states in early March 2019.[1] He proposed a series of reforms for a “European Renaissance” and warned that “retreating into nationalism” offered no alternative. This call for European unity and for further European integration echoed some of the central themes of his 2017 presidential campaign. It also framed the European election as a contest between pro-Europeans progressives and liberals, on the one hand, and Eurosceptic parties and populist movements, on the other.

This opposition dominated the French campaign, setting the Renaissance list (LaREM and MoDem, the Democratic Movement) of the president’s party and its allies against the National Rally (RN, formerly the National Front) of Marine Le Pen, in a replay of the 2017 presidential runoff. Emmanuel Macron’s personal involvement in the campaign, particularly during the last days, was unusual for a president. And Marine Le Pen was not the leading candidate of her party (she was at one of the last positions on the list). But the competition between them contributed to giving the election a plebiscitary character: an anti-Macron referendum for Le Pen, and a vote for or against Europe for Macron.

A record number of 34 lists (12 more than in 2014) were competing. While most of these had no chances of reaching the five per cent threshold, this multiplicity of lists testifies to the continuing fragmentation of the French partisan landscape. On the left, five lists of parties with incumbent European MPs were competing: France Unbowed (LFI), the party of Jean-Luc Mélenchon, who finished in fourth position in the first round of the last presidential election, the French Communist Party (PCF), the Socialist Party (PS), Generation.s, the movement of Benoît Hamon, candidate of the Socialist Party in the 2017 presidential election, and Europe Ecology – the Greens (EELV). On the right, the National Rally, faced competition by the Republicans, which has traditionally been the main right-wing party, and by other far-right lists, such as France Arise and The Patriots.

Contrary to the fears of a high level of abstention, which were often expressed during the campaign, the election was marked by a significant increase in voter turnout. It reached 50.1%, an increase of almost nine points compared to the previous European election (42.4% in 2014). It is the first time in the last 25 years that turnout at a European election in France passed the 50% threshold.

The RN won the head-to-head contest with the Renaissance list, finishing first with 23.3% of the vote (see the detailed results in Table 1). The margin of victory was quite small, less than 1%, and the RN vote share actually diminished compared to its historic success in the 2014 European election (Russo, 2014). Yet, this result represents an important symbolic victory for Marine Le Pen, as both leaders had clearly set a goal of finishing in first place.

Obtaining almost 46% of the vote (and 58% of seats), the two frontrunners left their competitors far behind. The third most voted list was EELV. This was an unexpected success for the Greens: With a vote share of 13.5%, they clearly outperformed the campaign polls, which never had put them above 10%. In contrast, the traditional governing parties, the PS on the left and LR on the right, reached their lowest scores ever in a European contest. The Socialists’ vote share is even less than the already low score achieved in the 2017 presidential contest. They lost more than half of their seats in the European Parliament. While this only confirmed the Socialist’s past electoral defeat, the election outcome was more of a surprise in the case of the Republicans. With 8.5% of the vote (and eight seats), they scored significantly below expectations, as opinion surveys conducted during the final weeks of the campaign promised them a vote share of about 13%. The final list that passed the threshold of representation was LFI, who won 6 mandates, with a vote share similar to that of PS. This was also a disappointing result, given the strong showing of Jean-Luc Mélenchon’s party in the 2017 elections.

The results of the European elections confirm the profound transformation of the French partisan landscape, which was initiated with the 2017 presidential and legislative contests (Perrineau, 2017). While French politics have been dominated for decades by a left-right divide between the Socialists and the Republicans (or its predecessors), the recent electoral contests were marked by the opposition between a nationalist and a progressive pole. This transformation process is even compounded by the strengthening of the Greens. Like many of their European counterparts, they benefited from the increased salience of environmental topics and the heightened awareness on climate change. But their success also contributes to the decline of the traditional mainstream parties and to the waning of the left-right divide.

With a highly fragmented left-wing camp, and a strongly weakened right, the contest between the progressive and nationalist parties is likely to remain the dominant axis of political competition in the next years. The electoral victory of the RN was not that resounding, but it is sufficient to sustain Marine Le Pen’s claim of representing the main force of opposition. It also strengthens her leadership against the critiques that were raised following her 2017 defeat. On the other hand, while LaREM did not win the election, its score is not much lower than Macron’s result in the first round of the 2017 presidential election. Governing parties frequently face electoral losses in European contests, particularly when they take place in the middle of the national electoral cycle (Hix and Marsh, 2011), as was the case for this contest. Even if this did not give Macron the breath of fresh air he had hoped for after months of popular protest, the defeat was not sufficiently bitter to force him to change his course. This is what Édouard Philippe, the Prime Minister, stressed when reacting to the electoral results. He called them “disappointing,” but noted that this score should not be seen as a sanction, and that the government would continue its reforms.[2] The stage seems to be already set for the 2022 presidential election.