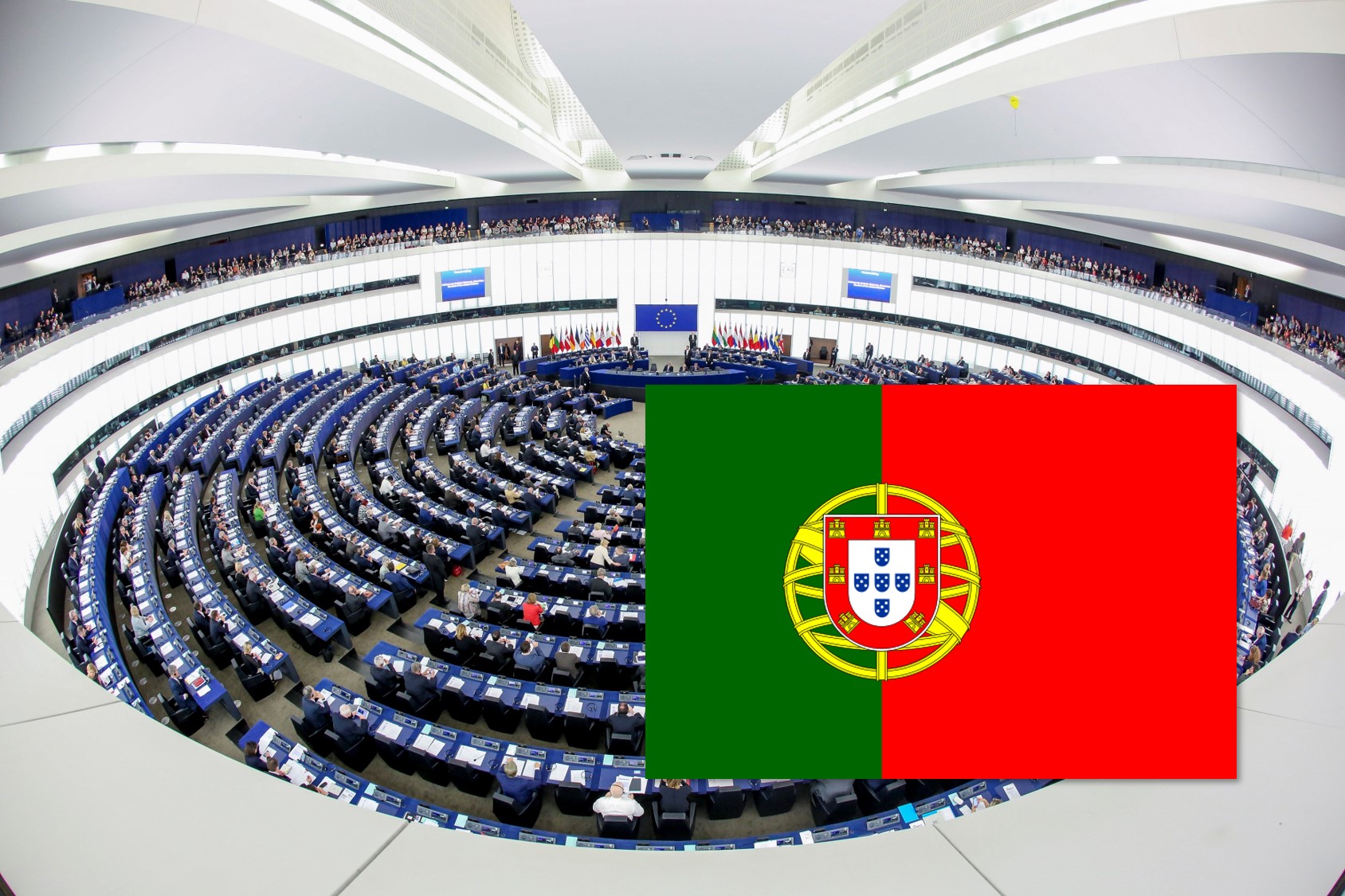 During the last five years, Portugal has been regarded as a successful case in the European context from both an economic and political point of view (see Fernandes et al, 2018). On the one hand, the country has turned the page on its 2011-2014 crisis, when a financial assistance programme was implemented with painful austerity policies. On the other hand, unlike other Southern European countries, Portugal’s party system has proved to be very resilient. Although mainstream parties have struggled to retain their electoral support, the Socialist Party (PS, Partido Socialista) and the Social Democratic Party (PSD, Partido Social Democrata) continued to alternate in government and to rally more than two thirds of the votes in the last national and European elections. The stability of the party system was also due to the strength of the two radical left parties, the Portuguese Communist Party (PCP, Partido Comunista Português) and the Left Block (BE, Bloco de Esquerda), which channelled some popular discontent especially during the austerity period. Notwithstanding, no new parties – notably extreme-right populist ones – have entered parliament despite high levels of anti-party sentiments, institutional mistrust and growing disaffection (Jalali, 2019).

After the 2015 legislative elections the two radical left parties decided to give the PS their parliamentary support. This was the first time since the establishment of democracy that left-wing parties had agreed to cooperate at governmental level (Lisi, 2016). This solution – called ‘Geringonça’ (‘contraption’) – aimed to revert austerity policies and increase internal consumption, while maintaining fiscal consolidation and controlled budget execution. The choice of the Socialist Minister of Finance as the President of the Eurogroup in December 2017 highlighted this successful trajectory.

The Socialists have the most pro-European positions, defending the possible adoption of taxes at European level and the strengthening of European institutions’ role vis-à-vis that of national governments. The two rightist parties (PSD and CDS) are slightly less optimistic about the process of European integration, especially with regard to the Economic and Monetary Union (EMU). On the other hand, the two radical left parties are clearly euro-sceptic despite displaying marked nuances. While the PCP is openly against the euro and the loss of sovereignty associated to EMU, the BE presents itself as pro-European, but against the process of European integration based on neoliberal policies.

Seventeen parties/coalitions were allowed to run in the 2019 European elections, one more than in the previous contest. Three completely new parties were formed and are standing in elections for the first time. The first is Alliance (Aliança), a new rightist party formed by an ex-PSD leader, Pedro Santana Lopes. Besides neoliberal positions on the socioeconomic front, the party takes a soft Eurosceptic line and defends traditional values in the cultural domain, thus trying to compete with the PSD to appeal to rightist and conservative voters. The second new party is the Liberal Initiative (Iniciativa Liberal), which combines a strong emphasis on liberal economic policies (lowering taxes) with an anti-establishment discourse. Finally, the third new player is the coalition PPM.PVC/CDC, whose main force (Basta!, literally ‘That’s enough’) adopts a clear populist discourse, targeting primarily the political elite and immigrants.

The campaign was conditioned by a political crisis that emerged unexpectedly at the start of May. Prime Minister António Costa (PS) threatened to step down if the right supported a proposed bill from the two radical left parties that would grant teachers compensation for the freezing of their salaries during the crisis period. The Socialist leader accused both PSD and CDS-PP of being incoherent and presented the government as a responsible actor capable of combining financial stability with improved incomes. Although the crisis was overcome one week later, the debate definitely removed any pretence to discuss Europe-related issues. In addition, this event boosted the Socialist campaign and undermined the image of right-wing parties among moderate voters.

The campaign for European elections proved to be the first round of the legislative elections, scheduled for October 2019. The PS highlighted the government’s achievements, especially in terms of macroeconomic performance, international credibility and improving domestic demand. On the other hand, the two rightist forces pursued a strategy of criticising the government and putting the PS in with the two left radical party. The attempt to polarise the debate sought to gain more support among moderate voters and discontented socialist sympathisers. The influence of the national context on the campaign was also visible in terms of the slogans adopted (e.g. ‘make the difference’, adopted by PSD) and the strong involvement of the party leaders. The two radical left parties also tried to claim the credit for the improvement in living conditions, especially for the lower sectors of the society. In addition, they avoided giving public support to anti-European stances; this was particularly the case of the PCP, which has defended leaving the euro since 2015.

Despite the low salience of European issues, two topics debated during the campaign were associated to the EU. The first was the environment. As in other European countries, all parties agreed with strengthening environmental standards at the European level, as well as the implementation of incentives to improve more sustainable practices in everyday life. The second was the use of European funds in order to boost modernisation (especially in inland regions) and to strengthen welfare policies. These can be considered as ‘valence issues’, since no significant differences emerged between parties.

Overall, the two main parties were relatively close at the start of the campaign according to opinion polls, but the PS emerged clearly as the frontrunner after the political crisis, leading by a margin of approximately 8-10 percentage points. The forecast for the remaining parliamentary parties was below two digits, while new parties seemed to have little chance of electing MEPs. According to pre-election polls, abstention will register a new record high.

The first word from all parties after the close of the ballot box was on the record-high abstention, which reached 69%, the highest score among Western European countries (and the fifth highest in Europe). The results of the 2019 European elections gave a comfortable relative majority to the PS; however, its score was only slightly higher than in the 2014 EP elections (33.4% and 31.5% respectively). This was interpreted as a victory not only because the government avoided punishment but more particularly because of the distance between the Socialists and its main competitor. Indeed, the PSD had its worst result ever in either a European or a legislative election. The PSD lost heavily everywhere and failed to mobilise its own electorate. BE was undoubtedly one of the main winners of the election night, increasing the number of its MEPs (one more than the previous elections) and coming close to its highest score in European elections (10.7% in 2009). The People, Animals and Nature party (PAN), a small environmentalist party, was another winner as it was able to elect its first MEP and to consolidate the results obtained in the 2015 legislative elections, when achieved 1.4% of the vote and elected one MP. The issue of climate change debated during the campaign boosted its performance, especially among electors voting abroad (notably in Europe) and the most populous cities (particularly Lisbon, Setúbal, Oporto and Faro). Contrary to the lack of media coverage of new parties, PAN also benefited from its institutional position and the image of its leader. On the other hand, the PCP (which ran in coalition with the green party, PEV, under the label CDU, Democratic Unitary Coalition) confirmed the bad performance obtained in the 2017 local elections, achieving only 6.9% of the vote and losing one MEP. This was also the case of the right-wing party CDS-PP.

The 2019 EP elections can be interpreted as a vote of confidence for the PS, which obtained positive results especially in the main urban districts. Despite the signs of wear of the government, the PS benefited from the recovery of the economy and financial stability, as well as the strategy and involvement of the Prime Minister in the campaign. By contrast, the right was clearly penalized by its fragmentation and the lack of an alternative project to oppose to the PS.

The 2019 EP elections confirm two broad trends that characterise the evolution of the Portuguese party system. The first is the increasing level of fragmentation through the emergence of new parties, especially on the right side of the ideological spectrum. This fragmentation has contributed to eroding the concentration of the votes in the two main parties, which now get the support of barely half of the electorate. The 2019 contest also proved that EP elections are a favourable ground for the breakthrough of minor parties (see also Freire and Santana-Pereira, 2015). Yet Portugal still remains an outlier in the European landscape as no extreme-right populist party has been able to break the mould and Eurosceptic forces represent only a small minority of voters. In other words, the Portuguese party system seems to be very resilient to the process of electoral realignment experienced in other European countries. It is also remarkable that populist strategies continue to be electorally unsuccessful in the Portuguese political system (see Lisi and Borghetto, 2018).

At the national level, the 2019 EP elections marks the beginning of the campaign for the next legislative elections. From this viewpoint, it will be interesting to see whether the PS, in case of victory, will opt for a minority government or some kind of alliance with other minor parties (BE, PAN or PCP). The bad results of the PCP were probably linked to the ‘Geringonça’, and this may make it think twice about renewing its support for the PS government. Therefore, the challenge for the left is to ensure government stability and to impede the success of new challenger parties, as well as to invert the widespread political disaffection of Portuguese citizens.

Jalali, C. (2019). The Times (May) Be-a-Changin’? The Portuguese Party System in the Twenty-First Century. In M. Lisi (Ed.), Party System Change, the European Crisis and the State of Democracy (213–230). Abingdon: Routledge.