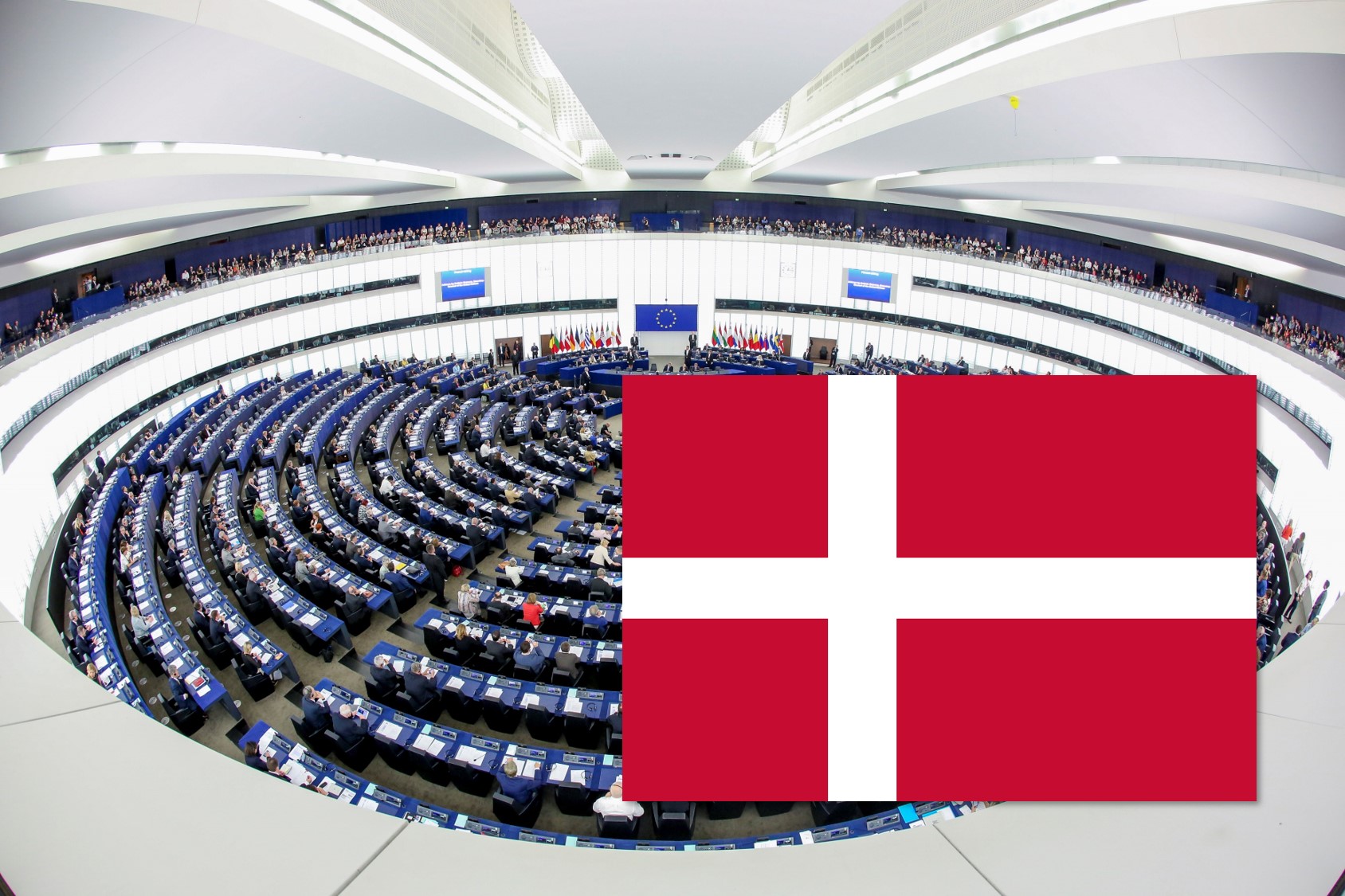 National Parliament election was called in Denmark early May 2019. Hence, much of the focus that would otherwise have been devoted to the European Parliament (EP) election went to the national election campaign. Yet, the two elections thematically overlapped. The overall focus was on the climate crisis and, secondly, immigration. This focus secured a successful EP election for the green parties (the Socialist People’s Party (SF) and the Danish Social-Liberal Party (RL)). But also, the mainstream parties, particularly the Liberals, enjoyed an increase in Members of the European Parliament (MEPs), which was mainly at the expense of the right-wing Eurosceptical Danish People’s Party (DF).

Consequently, the focus on the EP election in national news came very late. As usual, national and European topics were overlapping. On top of this, the climate crisis got critical attention from the voters, continuously ranking highest when Danes were asked about their top priorities in European and Danish polls (e.g. Eurobarometer 90.3). Amongst other topics that received attention were immigration, both from other European countries and from third countries outside the EU, fighting international tax evasion, and avoiding social dumping. Since Denmark reinstalled border control at the Danish-Germany border in January 2016 as a response to the immigration crisis, it has been heavily disputed. The border patrol, and, thus, Denmark’s suspension of the Schengen regulations maintains to be a salient issue in Danish politics. Meanwhile, the economic aspects of the EU, including the future of the Eurozone, are low politics in Denmark, which has an opt-out from the third phase of the Euro (e.g. Nielsen, 2015).

Despite their reputation as being Eurosceptical, Danes remain fond of their EU membership. In academic terms, they are soft Eurosceptics (i.e. reluctant to integrate parts of the political aspects of EU integration) or EU pragmatics (e.g. Raunio, 2007; Nielsen, 2017; Nielsen and Franklin, 2017). Danes have, however, never been hard Eurosceptics (i.e. wish to leave the EU altogether) (Nielsen, 2017). Notwithstanding, Danes have obtained this reputation because of strong referendum traditions on critical EU questions where a few times a small minority has turned down, for example, full participation in the Maastricht Treaty (1992) or the Euro (2000). Figures published just weeks before EP election day, May 26th, 2019, showed that 77% of Danes would vote to stay within the EU if presented with a referendum similar to the 2016 Brexit referendum. The European average was 68%. In general, whether Denmark should join the UK in a so-called “Dexit” has been an idea loosely circulated both amongst left- and right-wing Danish parties. Yet, as the Brexit negotiation increasingly sheds light on the complexity about leaving the Union, the Danish EP election debate was not dominated by Dexit discussions.

Because Denmark only has 13 MEPs – a number which increases to 14 MEPs after the expected Brexit – the Danish MEPs rely strongly on European allies and alliances to make their voice heard. In the 2019 EP election campaign, particularly two groups of pan-European cooperation were closely followed by the media. The dominating focus went to the Italian depute PM Matteo Salvini’s (Lega) new alliance consisting of right-wing anti-European parties, which included, amongst others, parties from Finland (The True Finns), Germany (Alternative für Deutschland), and Austria (The Freedom Party). From Denmark, the Danish People’s Party, which belongs to the ECR group in the EP, joined the early formation of Salvini’s alliance. One of DF’s top candidates – Anders Vistisen – was portrayed side by side with Salvini at the meeting announcing the alliance in Milan early April 2019. Secondly, on the left, the Danish anti-establishment party the Alternative “Alternativet” joined the first pan-European party list “European Spring” on an agenda predominantly focused on the climate crisis. This list, however, did not attract as much attention as Salvini’s alliance.

The Danish EP election witnessed four broad trends. Firstly, contrasting the tendency in most European countries, mainstream Danish parties witnessed heavy support (see Table 1). The mainstream liberal party the Liberals, which also heads the current minority coalition government with PM Lars Løkke Rasmussen as PM, enjoyed an increase in vote share from 17% (2014) to 24% (2019), thereby doubling their MEPs from 2 (2014) to 4 (2019). One of these liberal MEPs is the so-called “14th mandate”, which Denmark obtained when the seats from the British MEPs were divided amongst the remaining EU27 Member States after Brexit. Since Brexit has been postponed to 31 October 2019, the 14th Danish Member will only become full MEP then. Also, the mainstream opposition party the Social Democratic Party had a better election than predicted. They went from 19% (2014) to 22% (2019), maintaining their 3 MEPs. Finally, the mainstream center-party The Danish Social-Liberal Party (RL) secured a stronger representation in BXL and doubled their mandate from 1 (2014) to 2 MEPs (2019).

The second trend is the success of left-wing green parties. While the Alternative did not manage to obtain a seat for its lead candidate, the Socialist People’s Party (SF) ensured an extra mandate, going from 1 (2014) to 2 MEPs (2019). Also, the left-wing Red-Green Alliance managed to secure one MEP. However, while the SF indeed secured itself a successful election outcome, a scandal broke out only days after the election when it became clear that one of its prominent candidates decided to turn down the MEP spot in favour of a potential seat in the national parliament. This event highlights the ongoing controversies associated with an election system that enables candidates to run for office both at the EU and the national level simultaneously.

Thirdly, the Danish voters went against an otherwise firm European trend of increasing support to right-wing populist parties. The main loser of the election was the Danish People’s Party (DF), which went from 4 MEP’s (2014) to 1 (2019). Another right-wing anti-immigration party Nye Borgerlige attracted attention in the last days of the EP campaign when its leader announced she would not vote in the EP election.

Lastly, the EP 2019 election results in Denmark witnessed a decrease in support for the traditional left Eurosceptic parties. While the soft Eurosceptic left-wing party – The Red-Green Alliance – for the first time secured 1 MEP, the Movement against the EU, which has for decades been a critical Eurosceptical Danish voice in the EP, did not get re-elected.

Like in a majority of other EU countries, Denmark also witnessed a dramatic grow in voter turnout. While Denmark has always enjoyed high levels of voter turnout, which has constantly been higher than the European average, 2019 witnessed an increase of 10% in voter turnout from 56% (2014) to 66 % (2019). This increase has been attributed to particularly the enhanced focus on the climate crisis. The Swedish climate activist Greta Thunberg headed a widely popular climate march in Copenhagen on 25 May 2019 – one day prior the election – which illustrated many Danes’ commitment to this agenda.

Interpretation of the Danish 2019 results

The Danish EP 2019 results beg two questions: Why did the Eurosceptical right-wing parties not obtain the support that was otherwise the case in other EU countries? And why did the mainstream parties enjoy such unusual high support when particularly governing parties tend to be punished in EP elections?

The answers to these questions may be many, but one obvious answer to the first question is the fact that, contrasting previous EP elections, the climate crisis was on top of the Danish agenda. Climate is traditionally a left-wing agenda, and the right-wing parties did not prioritize this political aspect in their campaign. Furthermore, along with the complex Brexit negotiations, the Danish fondness of EU membership has increased. While it is too early to say whether Brexit should be credited this evolution, EP 2019 in Denmark nevertheless signalled strong support for a cosmopolitan Europe championed by the mainstream parties.

Source: www.euoplysningen.dk *the 14th Danish MEP will join as full MEP when Britain leaves the EU.