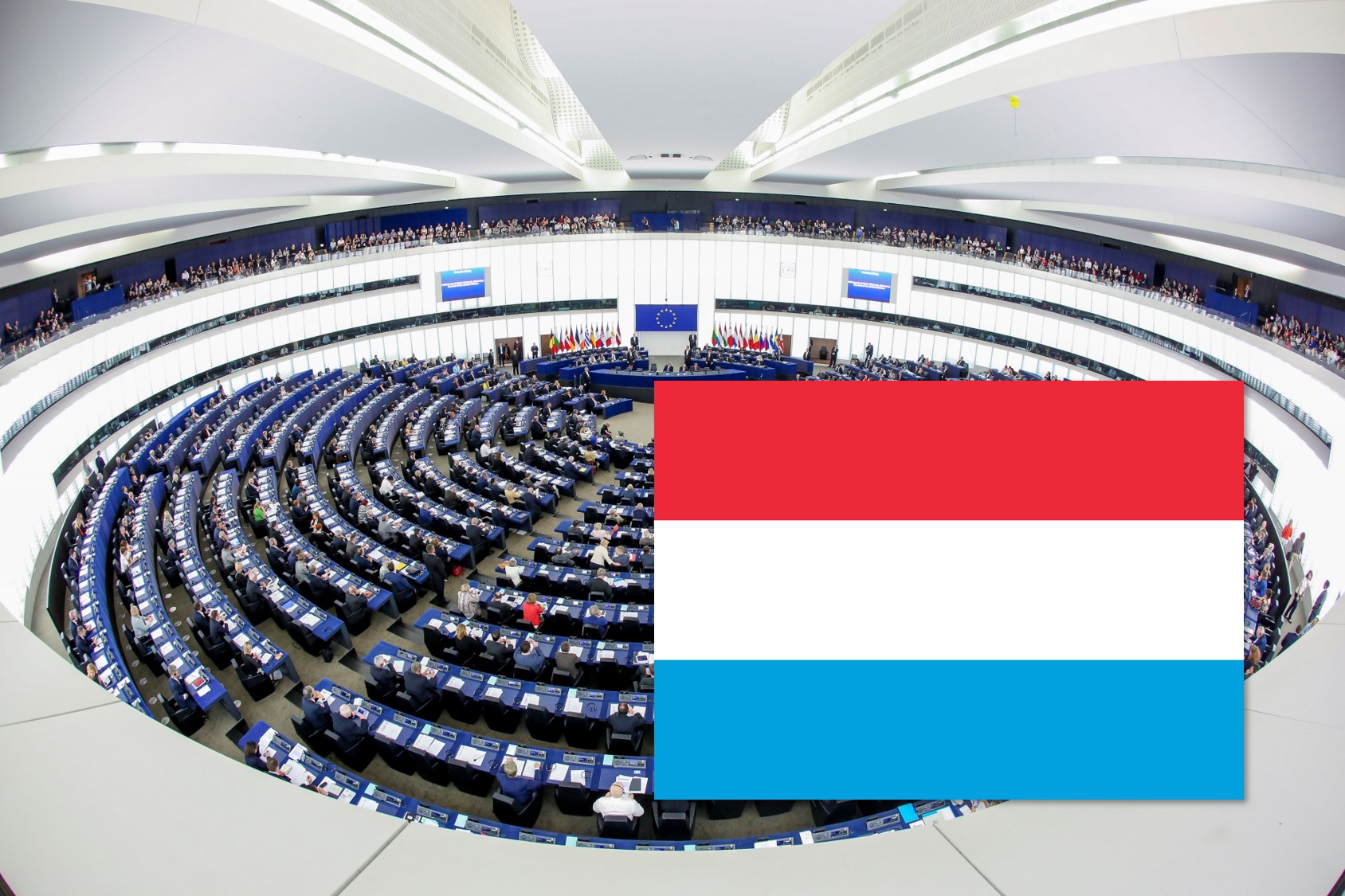 The 2019 European elections were held only a few months after the October 2018 parliamentary elections. Surveys for the latter elections had predicted that the Christian Social People’s Party (CSV) would win votes and return into government after being an opposition party for the second time since World War II during the 2013-2018 parliament. In the end, the CSV lost 5.2 percentage points of the national vote and two of its parliamentary seats, while the government coalition of the liberal DP, the social democratic LSAP and the Greens kept a majority of seats (31 out of 60) and was re-formed.

In the previous European elections in 2014, the parties of the newly formed coalition had lost votes while the CSV had its best result in any European election. Two main reasons were identified as explanation for these results. Firstly, a substantial proportion of the electorate considered that the coalition parties had by-passed the largest party CSV when forming a government which was considered unfair. This was due to the fact that unlike all EP elections since 1979, the 2014 ones did not coincide with the national elections in Luxembourg: a governmental crisis had led in October 2013 to the first early elections in Luxembourg since the 1960s and the DP, LSAP and Greens had the numbers to unseat the usual and incumbent senior government party. Possibly unconvinced by the first months of this unusual coalition, a number of voters had chosen to punish the coalition parties in the 2014 EP election. Secondly, Jean-Claude Juncker – while not being on the ballot for the EP elections himself – was one of the candidates for the post of the European Commission president, which is assumed to have helped his party (Dumont and Kies, 2014).

For the 2019 European elections, the context was different. The DP, LSAP and Greens coalition had been confirmed after five years in power while the CSV suffered substantial losses. Furthermore, Jean-Claude Juncker had decided that he would not be a candidate for a second term as Commission president and the three MEPs elected in 2014 did not stand for re-elections. The only incumbent of the CSV was Christophe Hansen who had only taken over Viviane Reding’s seat after her election to Luxembourg’s parliament in the October 2018 national election. For these reasons, it was generally expected that the CSV would lose votes compared to its high of 2014.

There was however great uncertainty about the election outcome due to the absence of survey data or other reliable predictors.

A total of 10 parties competed for the 6 Luxembourgian seats in the European parliament. Although most parties knew that they would not have a chance of winning one of these few seats, standing for the European elections has however been important for them as public party finance is determined by a party’s performance at the parliamentary and European elections.[1] For other parties that did not have a realistic chance of passing the threshold to receive any party finance, it can be assumed that the main aim was visibility. The 10 parties include the seven parties represented in Luxembourg’s parliament since 2018: the Christian Democratic CSV, the liberal DP, the social democratic LSAP, the Greens, the sovereignist ADR and the Left Party as well as the Pirate Party who won their first parliamentary seats at these elections. The Conservatives and the Communist Party who both stood for the 2018 elections also presented candidate lists. In addition, the “pan-European” party VOLT presented a list for the EP elections in Luxembourg.

Except for the ADR, the Left Party, the Communist Party and the Conservatives, all parties expressed a clear pro-European message. As the largest Eurosceptic party, the ADR campaigned for a European Union with strong nation states rather than a centralisation of competencies in European institutions.

A lot of attention has been paid to the selection of candidates. Except for the Pirate Party and the Conservatives all parties nominated three men and three women as candidates. This increase in female candidates corresponds to the party finance legislation that requires electoral lists to be fully gender balanced for the European elections for a party to receive its full funding.[2]

Only three incumbent MEPs (Charles Goerens (DP), Christophe Hansen (CSV) and Tilly Metz (The Greens)) stood for re-election, while Georges Bach and Mady Delvaux-Stehres decided to retire from public office and Frank Engel decided to focus on his new role of national president of the CSV.

Another characteristic of these elections was the decision of the four largest parties to nominate two rather than one Spitzenkandidaten for their lists. For the CSV these were incumbent MEP Christophe Hansen and Isabel Wiseler-Santos Lima, wife of the party’s leader for the last national campaign. The liberal DP nominated MEP Charles Goerens as well as Monica Semedo, who was primarily known for her earlier career as a television anchor in Luxembourg. The lead candidates for the LSAP were former minister Nicolas Schmit, who had been designated as future Luxembourgian commissioner during the 2018 coalition negotiations, as well as the 24-year old Lisa Kersch. Finally, the Greens nominated incumbent MEP Tilly Metz – who had only taken over the Green EP seat a year earlier, when her predecessor and vice-chairman of the Greens/European Free Alliance in the EP Claude Turmes joined Luxembourg’s cabinet after the death of a junior minister – as well as her parliamentary assistant Meris Sehovic.

Globally, the campaign focused a lot around candidates, which is arguably due to Luxembourg’s electoral system, which puts a lot of importance on preferential votes. A particularity of the voting system is the possibility of spreading one’s votes across candidates from different parties, a practice usually referred to as panachage (Dumont et al., 2008; Farrell, 2011).

Except for the parties’ global message, which was as previously mentioned predominantly pro-European among the largest parties, there was no outstanding topic dominating the campaign. Globally, despite being only the second EP election not held simultaneously with the national one, the electoral campaign was perceived as almost non-existent.

A question that received some attention by the parties was that whether the principle of unanimity should be abolished in favour of qualified majority voting in the area of fiscal policy on the level of the council of ministers. Particularly the liberal DP and the sovereignist ADR insisted on maintaining unanimity by referring to the importance of the financial sector in Luxembourg.

Data on the usage of the voting advice application (VAA) smartwielen.lu has shown that the interest in the European election campaign was extremely low until a few days before the election when a larger proportion of the electorate (voting is compulsory in Luxembourg) started seeking information by using the website.

The main incident during the European elections campaign was triggered by an article on the Pirate Party on the news website reporter.lu. In that article, the changes of the party since its creation were discussed and how the current MP Marc Goergen and the leading EP candidate Daniel Frères were taking over the party and transforming it into a populist party. Goergen reacted to the reporting by labelling it as “fake news”, a reaction which was considered to underline the arguments made in the reporter.lu article.

After getting its best ever result in European elections in 2014, the CSV scored by far its worst after losing 16.55 percentage points at the 2019 one. With 21.1% of the votes – the party had never received less than 30% since 1979 and the first direct elections of the EP – it also lost the third seat it had regained in 2004 after two disappointing results in the 1990s.

The main winner of this dramatic shift is the Democratic Party that won 6.67 percentage points. With 21.44% of the vote it obtained a second seat (it only had two seats in the first directly elected EP 1979-1984) and became the strongest party in these elections. This is primarily the result of a high number of preferential votes cast for the candidates of the party and its lead candidate Charles Goerens in particular.

The other two coalition parties also increased their vote shares. Without Claude Turmes, who had joined Luxembourg’s cabinet in 2018 after being the face of the Luxembourgian Greens on the European stage for years, the party obtained 18.91% of the votes improving its result by almost 4 percentage points compared to 2014, to reach its best score ever at European (or national) elections. The Social Democratic LSAP got 12.19% of the votes. In doing so, the party has slightly recovered from its historically lowest score at European elections in 2014.

Two other major winners were the Pirate party that almost doubled its 2014 result obtaining 7.7% of the votes, and the sovereignist ADR which received 10.04% of the votes. However, despite being hopeful to get one seat none of these parties were even close to receiving one.

The transnational movement VOLT received 2.11% of the votes at its first participation in elections in Luxembourg, while the Communist Party and the Conservatives received less than 2% of the votes.

Based on the party votes shares and the preferential votes each candidate received, the following six candidates were elected: Charles Goerens, Monica Semedo (both DP), Christophe Hansen, Isabel Wiseler-Santos Lima (both CSV), Tilly Metz (The Greens) and Nicolas Schmit (LSAP).

Impact of the results

Dramatic increases or losses of vote share are rare in Luxembourg. In that sense the 16 per cent loss of the CSV is already a significant occurrence in Luxembourgish politics. While it only means the loss of one European parliament seat, the long-term impact of that electoral result can potentially be serious for the party. In fact, it is the first time in post-war history that the CSV is not the strongest party in an election contested on the national level.

The CSV has always been considered as a pillar of Luxembourg’s party system, which is guaranteed the position of the strongest party as well as a place in government. Having been beaten in this election and being in opposition for the second period in a row leads to the CSV losing this special status.

The liberal DP as well as the Greens benefit from the CSV’s weakness, while the small parties can also benefit.

These elections confirm the trend of increasing fragmentation of the party system in Luxembourg and they may mark the point from which the CSV has definitely ceased to be Luxembourg’s dominant party.

[1] Basic requirements for party funding are the presentation of full lists in all four constituencies for the national election and in the country-wide single constituency for the European election and reaching at least 2 percent of the vote in each of those elections. Once this threshold is met a lump sum is awarded but parties can also receive a fixed amount for each additional percentage point of votes received in national and European elections.

[2] Parties only receive the full additional funding linked to their electoral performance (above the minimum of 2 percent) if they their electoral lists contain at least 40% of candidates of each gender for the national election and a 50%-50% balance for the EP election (for instance they would only receive 25% of that funding if they presented only six male – or female – candidates for the European elections), see the Journal officiel du Grand-Duché de Luxembourg, Mémorial A, 264, 2016,  http://legilux.public.lu/eli/etat/leg/loi/2016/12/15/n2/jo