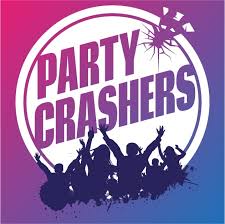 Western Europe has recently experienced the emergence of successful new parties, but while single parties or countries have been extensively studied, insufficient attention has been devoted to this phenomenon from a comparative and long-term perspective. By relying on an original data set covering 20 countries and 344 parliamentary elections, this article presents the first analysis of West European ‘genuinely new parties’ (GNPs) across time, countries and party families. We hypothesize that the parties differ not only in terms of their short- and long-term success but have a range of distinct development paths. Through a latent growth model, we provide a classification of GNPs in terms of their breakthrough and initial performance. According to the specific trajectory followed by new parties in the first five elections they contest, the model suggests five different classes of new parties in Western Europe: ‘explosive’, ‘meteoric’, ‘contender’, ‘flat’ and ‘flop’. The article discusses the implications of these findings also regarding the ability of the model to produce estimates and predictions about the future electoral performances of GNPs.