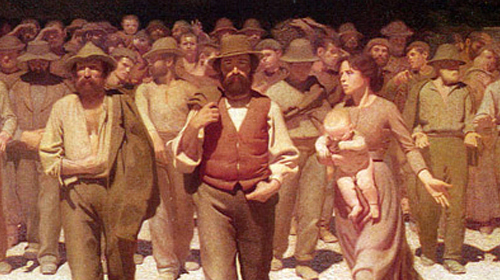 I investigate whether the strength of the class cleavage in Western Europe still “translates” into the electoral mobilization of the left. This research question is addressed through comparative longitudinal analysis in nineteen Western European countries after World War II. In particular, the impact of class cleavage is investigated by disentangling its socio-structural (working-class features) and organizational (corporate and partisan) components, thus accounting for its multidimensional nature. Data show that both components have a significant impact in Western Europe after 1945. However, while the socio-structural element is still nowadays a substantial predictor of left electoral mobilization, the impact of the organizational element has decreased over time and has become irrelevant in the last twenty-five years. Therefore, the class cleavage is not entirely lost in translation, but left electoral mobilization is no longer dependent upon the organizational features of trade unions and political parties that originally emerged to represent working-class interests.