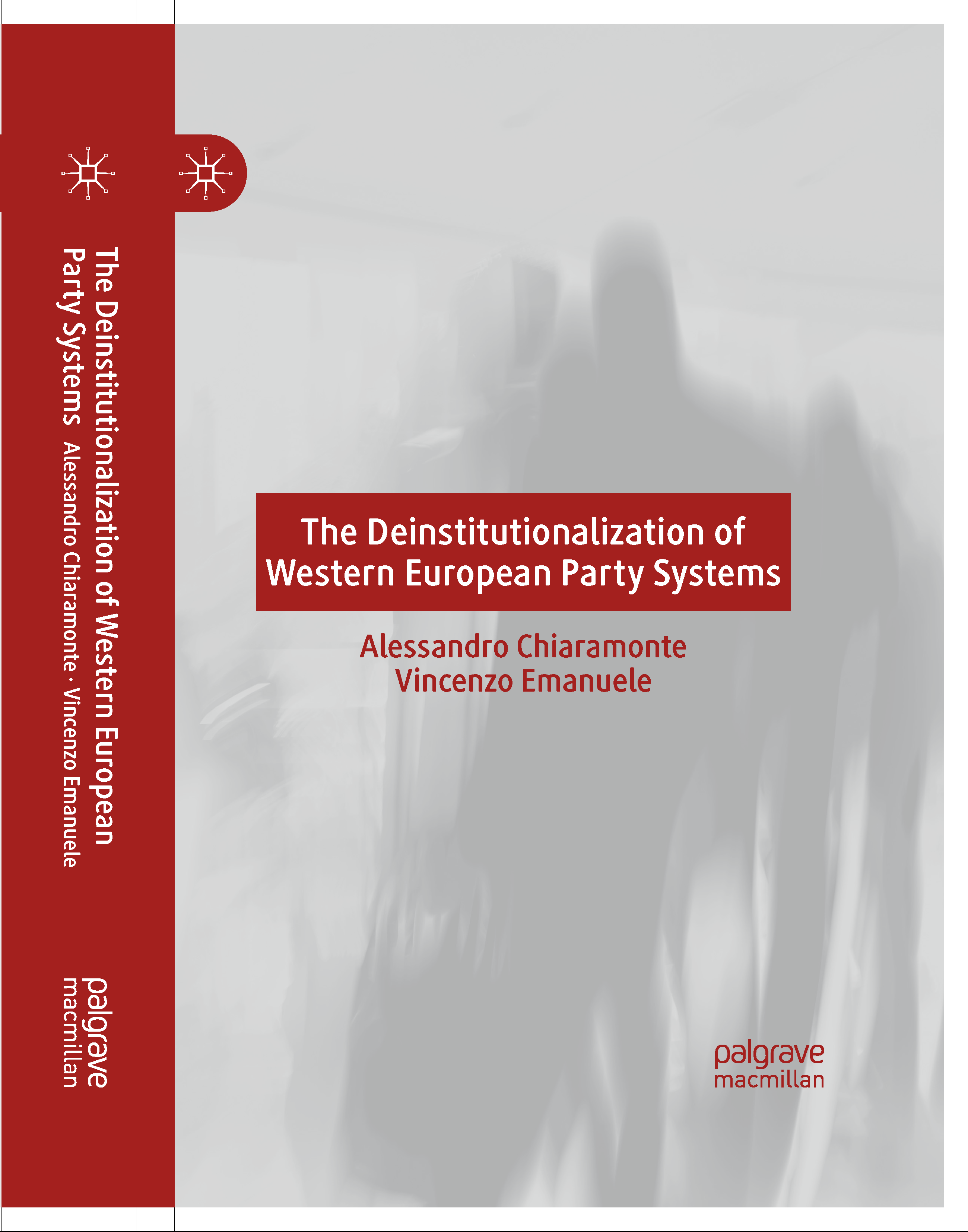 “Despite the many studies on the crises of Western European party systems over the past three decades, few are theoretically novel and even fewer are characterized by relevant empirical assessments. This groundbreaking book is indeed one of them. Chiaramonte and Emanuele offer an encompassing account of the evolution of party systems in Western Europe, an excellent discussion of the theoretical components of their deinstitutionalization, as they put it, and masterly empirical analyses of their factors.”
—José Ramón Montero, Universidad Autónoma de Madrid, Spain.

“Although a great deal of attention has been devoted to party system ‘institutionalization’ in new democracies, this book focuses on the much more momentous ‘deinstitutionalization’ of the party systems of old democracies. Evidence of this phenomenon has been accumulated in various domains, and the book provides a comprehensive and coherent multidimensional framework to analyze the crisis affecting party systems with new data, indicators, and techniques.”
—-Stefano Bartolini, European University Institute in Florence, Italy.

This book offers a systematic and far-reaching account of party system institutionalization in Western Europe. Drawing upon a wide array of data and through a comparison of 20 countries from the end of WWII to 2019 across three arenas of party competition (electoral, parliamentary, and governmental ones), the empirical analysis shows that, over the past decade, the level of institutionalization in the Western European party systems has dramatically declined compared with previous decades. Electoral, parliamentary, and – in some cases – governmental instability and unpredictability have reached record-high levels. Although the impact of the 2008 Great Recession has certainly worked as a catalyst, this process of de-institutionalization has been mainly driven by long-term factors, such as cleavage decline and the titiming of the democratic onset. Moreover, its consequences are relevant not only for the relationship between parties and voters, but also for the very quality of democracy, as party system deinstitutionalization causes a decline in the citizens’ satisfaction of the way democracy works and even an erosion of the ‘objective’ democratic standards. In a nutshell, Western Europe, once seen as the land of stability and the cradle of democracy, may have become the land of party system deinstitutionalization and incipient democratic backsliding.

To cite the book:

This book was born from the discussions held at the Florentine seat of the CISE and was enriched from the constant debates with the other researchers of the CISE. We therefore wholeheartedly thank the CISE founder Roberto D’Alimonte, the CISE director Lorenzo De Sio and the CISE researchers and collaborators, including Aldo Paparo, Nicola Maggini, Davide Angelucci, Luca Carrieri, Davide Vittori, and Federico Trastulli. A special ‘thank you’ shall go to Marco Improta for his help with the collection of the governmental data, Bruno Marino for having accurately read the entire manuscript, and Palgrave’s anonymous reviewers. As usual, we bear full responsibility for the errors and the shortcomings of this work.