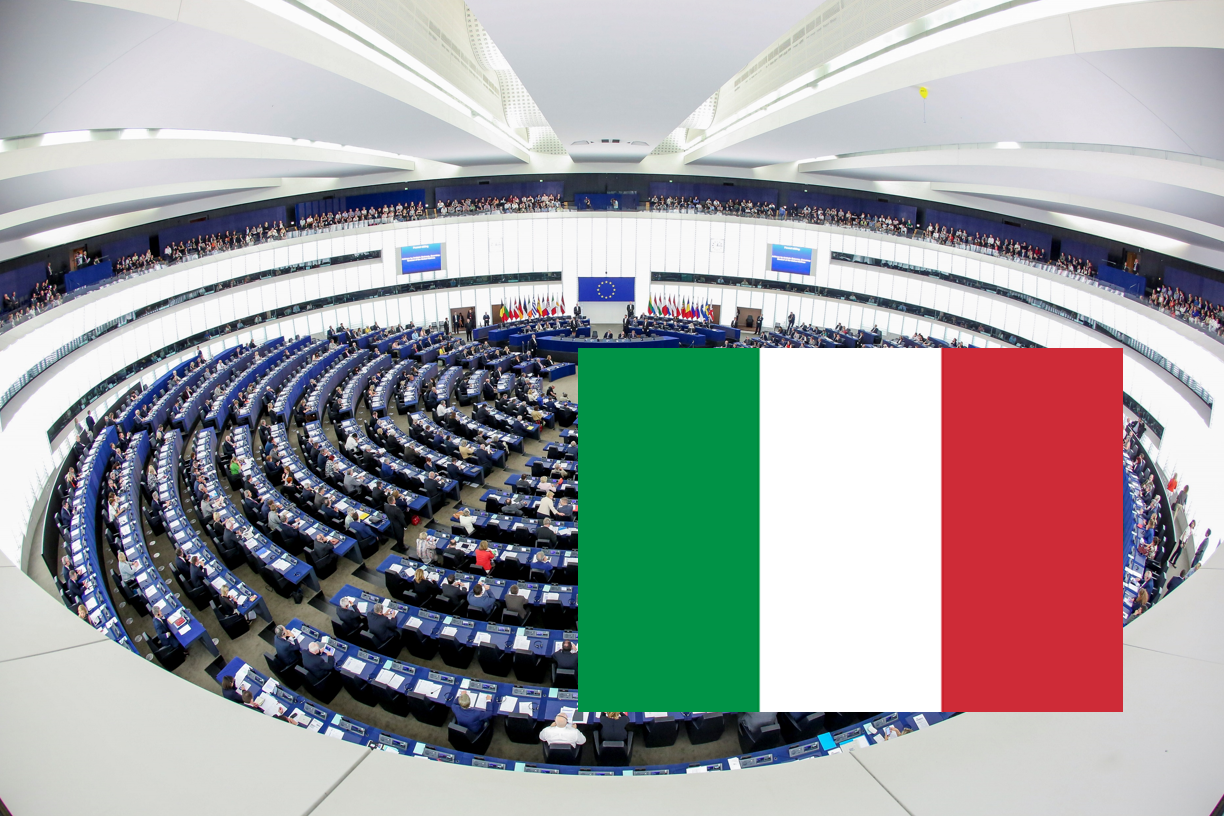 Italy was among the countries going to the polls on Sunday, 26 May. The electoral system provides for five constituencies, which however are not relevant for seat allocation among parties, as this is done merely on the basis of votes received nationwide. Furthermore, there is a 4% legal threshold.[1] In addition to the European Parliament (EP) elections, municipal elections were held just under half of 7,915 Italian municipalities – involving roughly a third of Italian voters.[2]

In June 2018, after the non-decisive results of the general elections held in March 2018, the Five Star Movement (M5S) and the League formed a coalition government – the first mainstream-free cabinet of the whole EU history (Chiaramonte et al., 2018). In the months preceding the EP elections, numerous conflictual issues emerged between them. The tensions between the government allies and the survival prospect of the government itself were very prominent during the electoral campaign. Other relevant issues the electoral campaign for the EP elections were the future of the European Union (EU), migrants’ management, unemployment and redistribution.

A total of 18 lists competed in the EP elections. The main contenders were the same of previous general elections, held in March 2018 (Paparo, 2018). Besides the government parties, three other parties expected to meet the 4% threshold – the Democratic Party (PD), Forza Italia, and Brothers of Italy (FDI). Of all other parties, only More Europe (+EU) was considered in contention for winning seats.

The most salient issues during the electoral campaign were the future of the European Union (EU), migrants and asylum seekers’ management, unemployment, and redistribution. However, to put the EP into context, we should also mention that in June 2018, after the non-decisive results of the general elections, M5S and League formed a coalition government – the first mainstream-free cabinet of the whole EU history (Chiaramonte et al., 2018). In the months preceding the EP elections, numerous conflictual issues emerged. The tensions between the government allies and the survival prospect of the government itself were also very prominent during the electoral campaign.

Focusing on the main parties, the League represents a particularly interesting case. Formerly an ethno-regionalist party of the North (Tronconi, 2009), in the past five years, under Salvini’s leadership, it has turned into a nationwide radical right-wing party (Passarelli and Tuorto, 2018). This turn proved successful in the 2018 general elections, when the party scored an historic 17.4%, and polls indicated that the positive trend was continuing. The League is now part of ENF group, and it shows the most critical position towards the EU among main Italian parties. During the campaign, it supported stronger sovereignty for nation States and a sort of pre-Maastricht cooperative model between EU member States –centered on mere economic cooperation. As in 2018, migrants’ repatriation, and stricter rules to secure EU external borders were salient issues in Salvini’ s campaign as well. Economically speaking, the League proposed overcoming the economic rigidity imposed by the Fiscal Compact and reducing taxation by means of a low-rate flax tax.

The M5S (EFDD) also represents a peculiar case in comparative terms (Tronconi 2015; 2018). In 2019, it campaigned mainly on welfare issues, namely the implementation of an EU minimum wage system, stronger welfare provisions for European citizens in needs and a more accessible education system. While the party cannot be defined as completely pro-Europe, it advocated for giving stronger powers to the EP in order to bring the Union closer to the citizens.

The PD (S&D) approached the EP elections with a newly appointed leader – Nicola Zingaretti. It is one of the most pro-European party in Italy, and it advocated for a stronger European political and economic leadership at the international level. Besides, the party supported increasing public investments to foster employment and welfare measures to help the disadvantaged groups – such as a European minimum wage. On immigration, the PD proposed to stress solidarity and burden-sharing among EU member states in hosting new arrivals.

Forza Italia (EPP), once again with Silvio Berlusconi as its main candidate, shared some proposals with the PD – such as the desire of a stronger European leadership on the world stage and increased investments to foster employment. It also agreed with the League on reducing taxes and implementing the flat tax.

Tax reduction was proposed by FDI (ECR) as well. The party also campaigned on abandoning austerity measures and for re-focusing Italian economic policies on supporting Made in Italy production. On immigration, FDI supported military controls of European external borders and a “Marshall Plan” for African countries.

Finally, More Europe (ALDE) is the most pro-European party in Italy. In its manifesto, Europe was seen as a ‘bastion’ of civil and social rights. The platform also dealt with social issues, especially the proposal of a European system of unemployment subsidy, and the implementation of green economy measures.

In contrast to what emerged in many EU countries, voter turnout in Italy decreased – from 58.7% of 2014 EP elections to 56.1%. This is a physiological drop, in line with the half-a-point-per-year decline observed since the mid-70s due to generational replacement. Still, this also represents the new historical low for turnout in an Italian nationwide election.

The indisputable winner of the elections was the League. Salvini’s party reached 34.3% of the votes, nearly doubling the unprecedented result of the 2018 Italian general elections. Compared to the previous EP elections, the League has gained 28 percentage points and 23EP seats (Table 1).[3]

On the contrary, its governmentally (M5S) has been downgraded from being the largest party in Italy (as in the 2018 general elections) to the third position, almost halving its result– from 32.7% to 17.1%. Moreover, the party also lost compared to the 2014 EP elections, losing 4 percentage points and 3 seats.

The M5S’s decline is paired with the “comeback” of the PD (CISE, 2019). While in the 2018 general elections the party suffered a historical defeat (18.8%), it has now grown to achieving 22.3%, thus becoming the second-largest party in Italy. Yet, it did not increase its vote total in absolute terms. Moreover, compared to the historical success obtained in the 2014 EP elections (Maggini, 2014), the PD has lost over 18 percentage points and 12 seats.

Forza Italia continues its electoral decline. Berlusconi’s party is basically halved in comparison with the 2014 EP elections (from 16.8% to 8.8%), and it lost 7 seats. Already in 2018 FI was no longer the largest party within the center-right field, but (at 14%) it was close to the League (17.4%), which in turn now has virtually four times its votes.

Conversely, a surprising result was achieved by FDI, managing to grow in spite of the rise of the League. FDI gained 2.8 percentage points compared to the previous EP elections, moving from 3.7% to 6.5%– therefore overcoming electoral threshold and obtaining 5EP seats. This result represents an increase also compared to the 2018 general elections, where it reached 4.4%.

The remaining 15 parties running in the elections, did not meet the electoral threshold. Among those, three deserve some attention. Although slightly gaining from 2018, with 3.1% More Europe only managed to be the largest party below the threshold. Green Europe can claim a marginal victory as well, having received 2.3% of the votes, more than twice the 2014 result. On the contrary, The Left (an electoral coalition of left-wing parties) got 1.7%, a disappointing result compared to the result of a similar cartel in 2014 (4% and 3 MEPs).

Overall, the results of the 2019 EP elections confirm the turmoil characterizing the Italian party system. Compared to 2014, electoral volatility is at 37.3, marking the second extreme volatile EP elections in a row (Emanuele et al., 2019). As described above, electoral change is also remarkable in comparison with 2018 general elections.

The most impressing outcome is the complete overturn, in electoral terms, among the two government partners. The change in the electoral geography is particularly noteworthy. While maintaining its strongholds in the North (where it is above 40%), the party is now above 20% in all Southern regions (De Sio, 2019a). These results represent the ultimate success of Salvini’s strategy to transform the Northern League into his League, namely a nationwide radical right-wing party.

Paradoxically, the League is now more nationalized than its governmental ally. In fact, the M5S lost more (roughly 50%) in the Northern regions, where it was already weaker in 2018. Minor losses are registered in the South, where the party had about 45% in 2018 and lost approximately a third. What in 2013 was the most geographically uniform party of Italian history (Emanuele 2015), with almost invariant results in the different areas, now has just 10% in the North and is confined to the least productive areas of the country (Emanuele and Maggini, 2019). Historically, all Italian parties undergoing a similar process ended up experiencing a strong decline in the long run.

Moreover, the League finally managed to find a synthesis between the two parts of the country emerged in the 2018 elections – the North, represented by the League; and the South, represented by the M5S. Now, Salvini’ s party has become the center of gravity at both governmental and territorial level. The challenge will now be to actually conciliate and satisfy the demands and needs of both the North and the South.

Finally, the PD, has clearly improved its position within the Italian party system, although it is still weaker in the South – shortly below 20%. As the second-largest party in the country, it now represents the most viable option for those who do not want Salvini in office. Therefore, it may attempt to form a coalition with other parties in the center-left field – such as Green Europe and More Europe. Nevertheless, in light of the EP elections results, something else appears to be required in order for Salvini not to win the next general elections – either a coalition with the M5S, or the ability to conquer many M5S voters (De Sio 2019b).

The consequences of the 2019 EP elections will be relevant for the whole Italian party system. In short, Salvini achieved a “triple victory” (CISE, 2019). First, in mere numerical terms, today the League represents the center of gravity of the governmental coalition. Secondly, from a geographical perspective, it now presents a quite homogenous electoral support across the whole country. Finally, from a strategic point of view, Salvini now has multiple alternative options. He may consider bringing down the current government to pursue alternative government coalition – after new general elections. He can either pursue the classic center-right alliance with FI and FDI, or a smaller coalition with FDI only. The latter could win a majority of parliamentary seats as well, provided that the EP elections results were replicated. Hence, the leader of the League is now the arbiter of Italian politics. His strategic choices in the next few months, and how the other parties will react, will determine not just his fate, but the developments of the Italian party system as a whole.

[1] We must mention that the threshold does not apply to parties representing linguistic minorities, which is the case of the South Tyrolean People’s Party (SVP).

[2] Moreover, regional elections were held in one of 20 Italian regions – Piedmont.