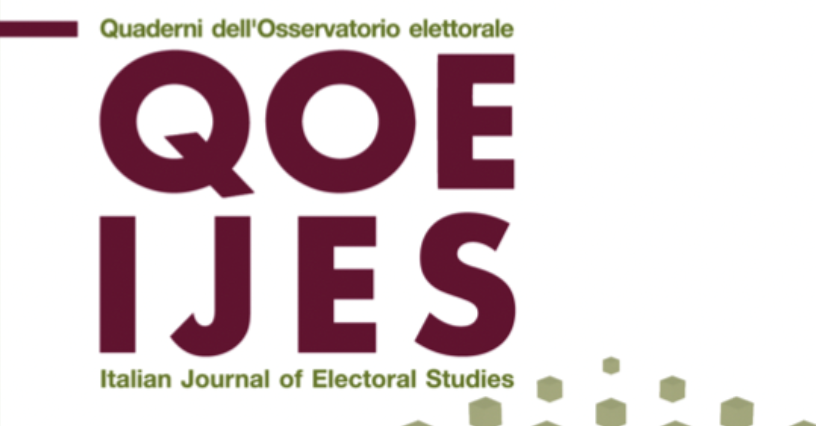 A new article by Davide Angelucci and Lorenzo De Sio, titled Issue characterization of electoral change (and how recent elections in Western Europe were won on economic issues), has been just published by the Italian Journal of Electoral Studies. The article is now officially available here.

Leveraging the issue-rich ICCP dataset (data and documentation is openly accessible and available free of charge through the ICCP and GESIS websites), the article investigates the issue determinants of vote change in six important European countries between 2017 and 2018 (Austria, France, Germany, Italy, Netherlands, UK). The article makes innovative contributions in three aspects:

1) Rather than modelling vote choice, we model vote change, at the individual level, from one party to another. In doing so, the article indeed provides a plausible account of the determinants of the voting shifts behind electoral victories and defeats.

2) By relying on a unique dataset that includes voter opinions on a large number (30+) of actual campaign issues of each of the six countries covered by the study, we identify actual issue determinants of voting shifts, thus providing an accurate picture of the problem and policy priorities that drive electoral results.

3) This is particularly relevant in relation to the specific empirical application of this new design: the turning point elections that took place in these countries in 2017-18 (right after Brexit and the election of Donald Trump). While the literature has mostly focused on the emphasis by challenger parties on “cultural” issues (such as immigration and the EU), we find that the individual-level determinants of vote shifts are dominantly economic, and mostly related to positions that are protective of the welfare state. This casts a new light on the interpretation of recent elections in Western Europe.

To cite the article: