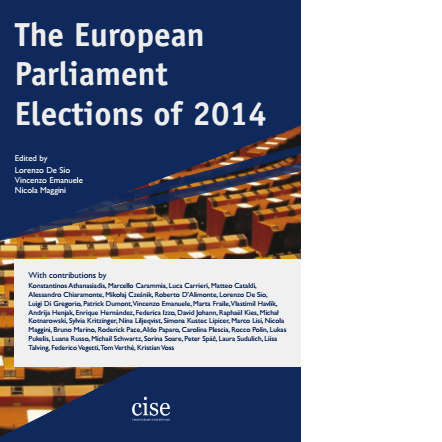 The European Parliament Elections of 2014

The European Parliament elections of 22-25 May 2014 had already been anticipated, before the vote, as potentially so relevant to become the first “true” European elections. Not only because of the economic crisis – which in recent years has seen the emergence of EU (and international) institutions as key players of economic policy for Euro member states, with relevant effects for the everyday life of citizens – but also due to the entry into force of the Lisbon Treaty, which has reinforced the link between the popular vote and the election of the President of the EU Commission. In this context, several commentators had anticipated a potential inadequacy of the consolidated theoretical framework that conceptualizes EP elections as second-order elections. In particular, European issues could be expected to gain a substantial importance in electoral campaigns, with a potential success of Eurosceptic parties due to their ability to politicize – in a negative direction – issues related to Europe and the Euro. A further question is then related to Italy: the third Eurozone economy, on the eve of assuming the Presidency of the EU, and with a government led by a young and energetic Matteo Renzi, but lacking an electoral legitimation. Also, a country that in 2013 saw the largest success of an anti-establishment party ever recorded in Europe. This leads to the main questions behind this book. What were electoral outcomes across Europe? Are we observing the first true first-order European elections? What factors might explain the heterogeneous electoral fortunes of Eurosceptic parties? And how should we interpret the success of the Renzi government in Italy?

This book addresses these questions by presenting analyses performed by a large, international research group: for the first time, the CISE has expanded beyond its core group of Italian researchers, by assembling an additional research group of 26 young, brilliant electoral scholars from all across Europe. This allowed us to publish on the CISE website – few days after the elections – concise electoral reports about all 28 EU countries, which are now collected in this book, together with other analyses by the CISE core group. The result is a unique effort, providing – few weeks after the vote – fresh and detailed data, along with first interpretations of electoral results in all EU countries, in order to help practitioners, citizens and scholars develop a first impression – and overall interpretation – of these crucial European elections.