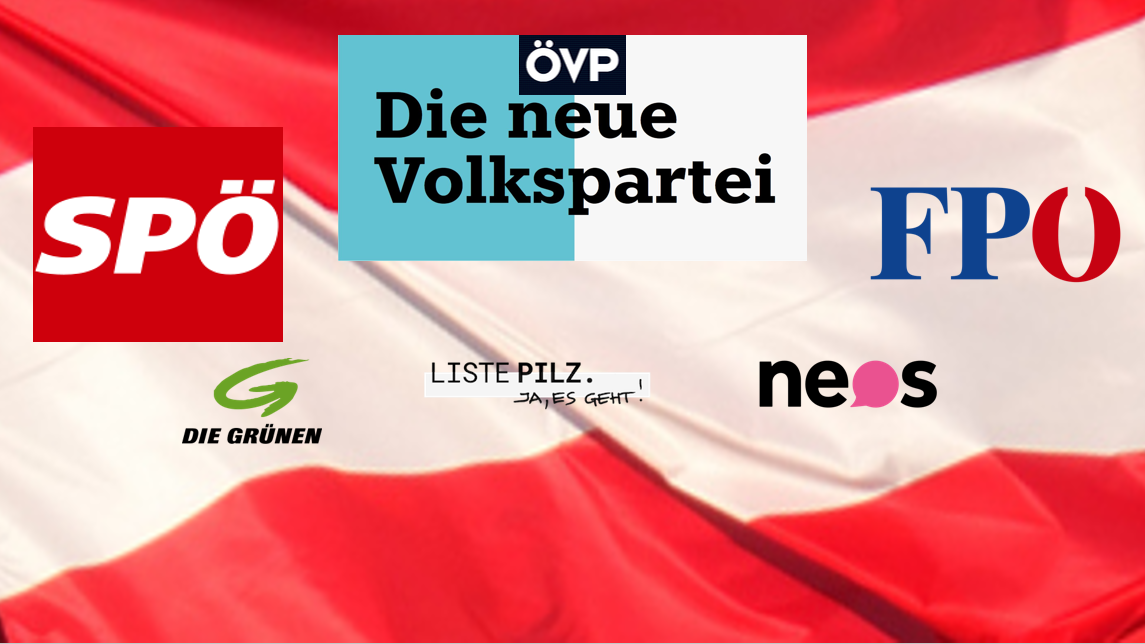 On the 15th of October 2017, Austrian voters are called to the polls to elect a new parliament (Nationalrat). The snap elections were called immediately after Sebastian Kurz, the 31-year-old minister of foreign affairs succeeded Reinhold Mitterlehner as leader of the Christian democratic People’ s Party (ÖVP) in May 2017. Kurz’s leadership and a new party brand (“The new People’s party”) lead to an enormous ascent in the polls for the party.[1] As of today, less than a week before the election, Kurz’s way to the Austrian chancellorship appears to be rather sure.

Sebastian Kurz was successful in establishing himself in the eyes of media and many voters as representing a fresh approach to politics – even though he has been the minister for Foreign Affairs and Integration since 2013 – with tough stances towards immigration. During the large inflow of migrants in 2015-16, the immigration issue was a strong driver of support for the radical-right Freedom party (FPÖ), which has had the lead in the polls since then. In recent months however, Kurz was able to take ownership of the immigration issue by conveying a clear anti-immigration position, thus eclipsing the FPÖ. The Social Democrats (SPÖ), the current chancellor party, is largely expected to fare in third place. The SPÖ had hoped that the appeal of its new leader, Christian Kern – until May 2016 manager of the public railway with little political experience – would grow as the campaign intensified. However, due to a series of missteps in the election campaign and given the strong focus of the campaign on immigration, issues clearly owned by Kurz and the FPÖ, the support for the SPÖ has deteriorated and remained behind the other two main parties.

An online CAWI survey study conducted by the Department of Government at the University of Vienna in the context of a broader comparative research project of the Italian Center for Electoral Studies (CISE) provides a snapshot of the preferences and priorities of the Austrian electorate. Similarly, to what has recently been done for the Dutch, French, German and British elections, respondents in Austria were asked to express their support on a wide set of positional issues (these are divisive issues that refer to two rival goals, e.g. public spending vs. tax cuts). Specifically, each respondent was asked to position herself on a 6-point scale where the respective poles represent the two rival goals to be pursued on a given issue. Later, respondents were asked to indicate the priority they assign to the selected goal for each of these issues. The questionnaire also included ten valence issues, namely issues that refer to one shared goal (e.g., fight unemployment, fight against corruption). On these issues, respondents were asked to attribute their level of priority.

Table 1 summarizes the main findings from the CAWI survey, reporting the ten most salient issues among the overall Austrian electorate, the party that “owns” the issue, and the party with the highest generalized issue yield score on that issue. Issue ownership refers to the idea that parties have long-standing reputations for competence and the ability of handling certain issues (Petrocik 1996); the issue yield score, based on the issue yield theory (De Sio and Weber 2014), measures the favorability for the party of campaigning on that issue.

Table 1 unsurprisingly shows that, as in much of the rest of the countries included in the comparative project, valence issues such as fighting unemployment, crime and protecting from terrorism receive the top levels of priority in Austria. These valence issues tap both immigration and welfare issue and score equally well. Interestingly, the issue of terrorism is very salient although Austria has not been subject to terrorist attacks directly. Various court cases and police operations against IS warriors from Austria may be responsible for this high issue importance. Turning to the positional issues, those related to immigration score high, including asylum rules and refugee quotas as well as issues related to social welfare connected to immigrants (i.e. restricting access welfare benefits for immigrants).

The issue ownership column in Table 1 lists the party the electorate thinks is the most competent in handling a specific issue. We clearly see that the three main parties, SPÖ, ÖVP and FPÖ control almost all of the salient issues. The only exception is the issue of corruption that is controlled by Liste Pilz. Peter Pilz – a long-standing MP for the Greens with a well-known reputation as “corruption fighter” – has formed its own party in June 2016 after intra-party conflicts within the Greens.

The most-right column in Table 1 indicates the party with the highest generalized issue yield score on that issue. In other words, this is the party, which should emphasize the issue most than any other parties during the electoral campaign to maximize its votes. It is not surprising to observe that the three largest parties (SPÖ, ÖVP and FPÖ) have the best yields: this is in line with the other countries in the project. In particular, Table 1 shows that the ÖVP and FPÖ have the highest yield on most of the issues that have priority for the electorate – all related to immigration issues. Importantly, so far the ÖVP and FPÖ have been successful in keeping the election campaign focused on precisely these topics. On the other hand, the SPÖ has been unable to raise interest on the issues with its highest yield like unemployment and affordable homes: this explains why the FPÖ and the ÖVP are currently in the lead in the polls while the SPÖ is struggling to increase its support. One exception to the mainstream prevalence on salient issues is represented by the fight on corruption, on which the Liste Pilz has the highest issue yield. On the issue of refugee quotas the liberal NEOS have the best yield. While this party attribution may seem surprising, it in fact reflects the strong advocacy by the NEOS for a European-wide solution to solve the immigration issue. Apart from these two exceptions, the three smaller parties, i.e. Liste Pilz, the Greens and the NEOS, never show the highest yield: this means that whatever they decide to talk about during the election campaign, they may favor some other party more than they help themselves. Overall, the various ways of analyzing issues show that the issues dominating the Austrian electoral campaign are clearly helping the two parties on the right of the ideological spectrum – the ÖVP and FPÖ – reflected on their current lead of the opinion polls.

The proportional system in Austria makes a coalition agreement a necessary step in the formation of the government. Giving the unwillingness of the ÖVP and the SPÖ to form a grand coalition again, and given that the ÖVP and the FPÖ remain closer to each other in terms of policy platforms, a result in line with current polls would be a coalition consisting of the ÖVP and the FPÖ, with Sebastian Kurz taking up the position of chancellor. Austria would then have the youngest head of government in Europe ruling together with one of the most successful far-right populist party in Europe mostly focused on the various issues related to immigration. Which repercussions this will have on the old conflict line including economic and social welfare issues remains to be seen.