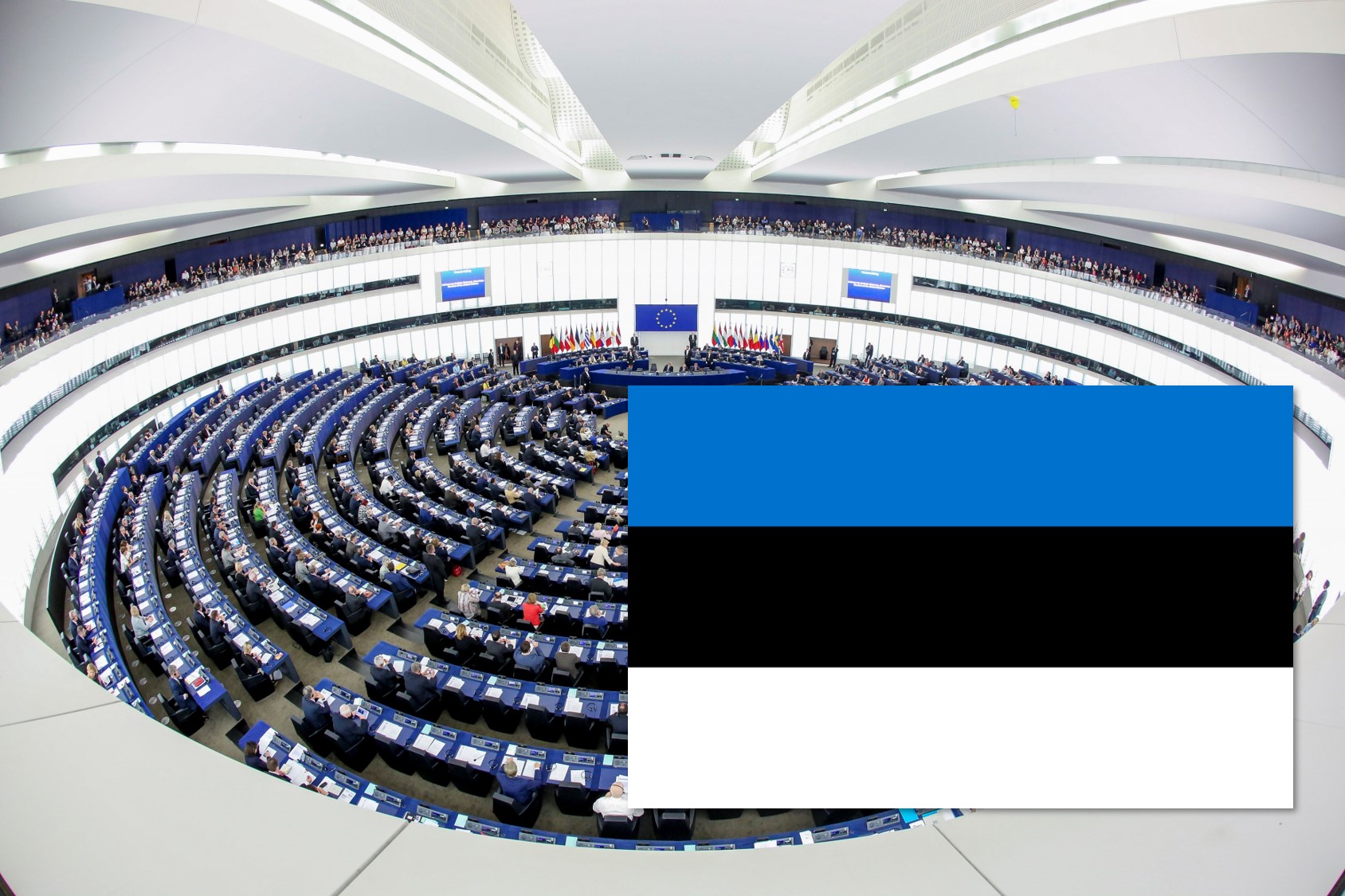 2019 EP elections in Estonia took place amidst a heated political atmosphere that prevailed in the aftermath of the general election held less than three months prior. In a “remarkable failure of mainstream politics” (Walker, 2019), two liberal parties, Reform and Centre (both members of the ALDE group in the EP), failed to cooperate in the process of government formation. Having rejected an invitation by the victorious Reform Party to start coalition talks, the incumbent Centre Party formed a coalition with two right-wing parties, including a moderate Pro Patria and an illiberal, xenophobic, and eurosceptic Estonian Conservative People’s Party (EKRE). The inclusion of a far-right populist party in the government caused an alarmed reaction both at home and abroad. It was seen as a threat to liberal values, Estonia’s progressive international reputation, and to alliance ties on which the small country’s security so heavily depends. By the time of the EP election, the new government had been in office for less than a month. It had been off to an extraordinarily bumpy start, marked by a variety of scandals associated with EKRE, the coalition’s enfant terrible. Against this backdrop, vote choice in EP elections was strongly influenced by one’s evaluation of domestic political developments since the March 3 election.

Estonia has six seats in the EP. The exit of the United Kingdom will increase the number of MEPs elected from Estonia to seven. The entire country is a single constituency. This, combined with an open-list electoral system that entails voting for a specific candidate as opposed to a party list as a whole makes EP elections in Estonia highly candidate-centred.

Altogether, nine political parties competed in the 2019 EP election, including five that are represented in the national parliament. The largest is the Reform Party, a liberal pro-market party with strong commitment to the EU and NATO membership, which, despite emerging as a winner of the national election in March 2019, remained in opposition after the Centre Party’s unexpected alliance with Pro Patria and EKRE. At the top of Reform’s candidate list for the European election was Andrus Ansip, Prime Minister of Estonia in 2005—2014 and Vice President of the European Commission. Reform’s list included other candidates of clout such as former Prime Minister Taavi Rõivas and former minister and MEP Urmas Paet. The second largest contender, the Centre Party, had been the prime ministerial party since late 2016. While pursuing a catch-all strategy, the Centre has been the party of choice for the vast majority of Russian-speakers in Estonia. The Centre’s leading candidate at the EP election was Yana Toom, MEP and spokesperson for the Russian minority, who has caused controversy with her criticism of Western sanctions against Russia, US attacks on Syria and dismissive statements about the Estonian language and culture.

The Social Democrats (SDE) entered the race from the position of a smallish opposition party. However, their list was headed by another eminent politician, Marina Kaljurand, former Minister of Foreign Affairs, diplomat and contestant in the Estonian presidential election in 2016. Kaljurand demonstrated a significant lead compared to all other candidates in opinion polls ahead of the EP election. Finally, two conservative coalition parties, Pro Patria and EKRE, scored lower in pre-election polls. EKRE in particular appeared to make little effort to nominate candidates with a genuine interest and a realistic prospect of taking up a seat in the EP, instead putting their stakes on the party’s popularity more generally. EKRE is also the only political party in Estonia that has embraced hard euroscepticism. However, in the context of very high levels of public support for the EU in Estonia (European Commission, 2019), the party refrained from condemning EU membership, and limited its rhetoric to criticizing European federalization and decrying member states’ decreased sovereignty. Overall, the election campaigns were characterized by low intensity and a lack of funding following the highly contested national election just a few months prior. Moreover, opposition parties explicitly framed EP elections as an opportunity to voice protest against the inclusion of far-right populists in the government. As such, the election was set out to be classically second-order, used by voters to punish the political incumbents (Reif and Schmitt, 1980).

Turnout was 37.6% – virtually the same as in the 2014 EP election (36.5%). Electoral participation was highest in two largest cities and the area surrounding the capital, while reaching only 24.3% in the North-Eastern Ida-Viru county where Russian-speakers constitute a majority. The low turnout among Russian-speakers was widely attributed to their growing alienation from the Centre Party which had, for nearly two decades, served as the party of choice for Estonia’s ethnic minorities. The alienation has to do with Russian-speakers’ disapproval of the Centre Party’s decision to enter a coalition with the far-right EKRE, as well as recent scandals involving the local party branch in the Ida-Viru county. Almost half (47.2%) of all votes in these elections were cast electronically, signalling strong trust in Estonia’s remote internet voting system which has been used in local, national and EP elections since 2005 (see also Vassil et al., 2016).

The two parliamentary opposition parties –Reform Party and the Social Democrats– were the main winners of these elections. The Reform Party took 26.2% of the vote, securing two mandates. The SDE got 23.3% of the vote, also filling two seats. SDE’s Marina Kaljurand appeared as the brightest star of this election, receiving 65,549 personal votes out of 332,104 votes cast in total. Her extraordinary result provided the much-needed boost to the second-placed SDE candidate, former foreign and defense minister Sven Mikser (2,886 votes), securing him a seat. Andrus Ansip, top candidate on the Reform Party’s list, was the second-biggest vote magnet in these elections (41,017 votes). As a prominent critic of the Centre-EKRE-Pro Patria coalition, he capitalized from protest against the new government, while his credentials as Estonia’s longest serving PM and a European Commissioner guaranteed a strong backing. Another well-known Reform politician, Urmas Paet, attracted 30,014 votes.

The incumbent Centre Party was the biggest loser of the election. Its 14.4% of the vote (corresponding to one mandate) stand in stark contrast to its vote share (23.1%) in general elections less than three months prior. Over a half of all votes cast for the Centre Party went to Yana Toom, a spokesperson for the Russian-speaking minority and a leading representative of the “internal opposition” of the Centre Party who had spoken out against her party’s alliance with EKRE. The Centre’s defeat after a mere month of leading a new government sent a clear signal that the party’s voters considered a coalition with EKRE to be a major mistake. This interpretation is confirmed by 20,640 votes (6.2%) collected by independent candidate Raimond Kaljulaid, a former highly popular Centre Party politician and Tallinn municipal official, who quit the party prior to EP elections over the coalition with EKRE. All in all, the Centre’s poor performance confirms the perception that by clinging on to power at the cost of accommodating the far-right, PM Jüri Ratas has alienated the party’s traditional vote base and caused long-term damage to the party’s electoral prospects.

The two junior government parties performed better than the PM’s party. With 12.7% of the vote and one mandate, EKRE was the fourth most popular party. This result is a relapse compared to March 2019 general election where EKRE won 17.8% of the vote. EKRE’s sole mandate went to Jaak Madison (16,631 votes) who has been proactive in liaising with other far-right forces in Europe. Pro Patria placed fifth with 10.3% of the vote, which will give the party a mandate if Brexit materializes. Riho Terras (21,477 votes) will then be the only Estonian MEP in the EPP group. Several commentators have pointed out that being represented in the EP’s largest political group is desirable for a small country.

About 13% of the vote went to small extraparliamentary parties and independent candidates, none of which won a seat in the EP. Eesti 200, a liberal newcomer, got 3,2% of the vote. In contrast to their peers in several other countries, the Estonian Greens have failed to mobilize voters – the party gained just 1.8% of the vote.

All in all, the Estonian results speak of continued domination of mainstream liberal political forces: three of Estonia’s six (or in the case of Brexit, seven) mandates went to ALDE, two to the Socialists and Democrats group, one to the European People’s Party (conditional on Brexit), and one will boost the ranks of a future eurosceptic group in the EP. While reactions to the inclusion of a populist far-right party in the national government was the key determinant of vote choice in 2019 EP elections, it would be wrong to conclude that the European dimension was entirely absent. In fact, the domestic and the European/international seem intractably interwoven, as the rise of EKRE was seen by many as undermining the firm westward orientation that had been a mainstay of Estonian politics since the restoration of independence.