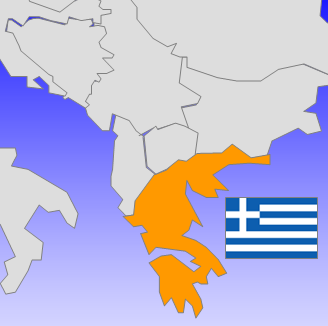 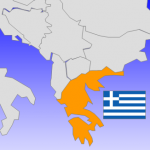 The elections of the 25th May in Greece were realised amidst pronounced polarisation, deep fragmentation and collapse of partisan identities. Interestingly, the elections coincided with the 40th anniversary of the collapse of the military junta that ruled Greece for seven years (1967-1974) and the subsequent consolidation of democracy as inculcated in the era of Metapolitefsi (change of regime/ new ethos in the conduct of politics).

The 2014 European elections hallmark a historic victory for the Greek Left, since for the first time a party residing in the left fringes of the political spectrum, the Coalition of the Radical Left (SYRIZA) –whose leader Alexis Tsipras ran also as a candidate for the presidency of the European Commission for the European Left- won an election. Simultaneously, the 2014 European elections will be evoked for the continuous rise of the neo-nazi party of Golden Dawn (GD). Finally, the results nurture conflicting interpretations regarding their exact meaning: is it the Left that will drive the ship of Greece far from the murky waters of austerity and the memoranda? Or is it rather a ringing bell of frustration by the Greeks to the ruling coalition of New Democracy (centre right/ND) and the Panhellenic Socialist Movement (PASOK) with an eye to the upcoming legislative elections (formally 2016)?

Greece marches since 2009 (bipolarity’s last stand given the emergence the pro- anti-Memorandum cleavage) towards party system transformation (Mair 1997) in the form of polarised pluralism (Sartori 1976), expressed in terms of intense ideological polarisation and a fragmented parliament (seven effective parties). This transformation is coupled with a deep institutional crisis (Verney 2014), albeit latent before 2010 (adoption of the first Memorandum of Understanding) which was articulated as anger and distrust vis-à-vis the political system at large under the catalysing pressure of the austerity measures.

In this context, serious contradictions became embedded in the political and social landscape that emerged also in the period that preceded and followed the European elections. Firstly, 42 lists competed for the 21 seats Greece is allotted in the European Parliament, which is translated into 1299 candidates (News.gr 2014). Greece is thus first in the per capita number of candidates in the EU, and third in absolute numbers behind France (3753) and Italy (2106). Secondly, the closed party list, preferred until the last European elections, was replaced by the open one as a means to contain abstention (the 3% threshold remained in place). The turnout was indeed quite satisfactory (60% against 53% in 2009), -as Greeks voted for the runoff of the local elections too-. Yet a significant segment of the electorate has paradoxically cast its ballot in favour of representatives of the old political class, who were to be found on almost all winning lists but also in favour of famous TV personalities (Margomenou 2014).

The Coalition of the Radical Left (SYRIZA- umbrella organisation for 12 political groups of the Left) achieved a historical victory (26,58% of the votes and six seats in the European Parliament). This share is very close to the percentage gained in the June 2012 legislative elections, when SYRIZA came second with 26,89%, whilst by far exceeding its 2009 European elections’ share of 4,70%. The conservative centre right party of ND, on the other hand, major pillar of the coalition government since June 2012, saw its political influence dropping by 9,6% since 2009 (and losing three seats), and by almost 7% since the last legislative elections held two years ago.

The performance of the neo-nazi party of Golden Dawn still, confirmed a shared fear: the party has indeed acquired a solid basis of support. Its meteoric rise continues (9,4% and 3 seats, 0,46% in 2009, 6,92% in 2012) against the background of an ongoing judicial investigation that likens the party to a ‘criminal gang’ (Kathimerini 2014).

Moreover, the socialist party of PASOK, which ran under the rubric of the Olive Tree (inspired by the respective Italian scheme) together with various PASOK splinter groups, gained 8,02% in stark comparison to the 36,65% of 2009 and the 12,28% of 2012. Yet, the party leadership evaluated the share as face-saving given the adverse conditions of the participation in the coalition government. The centre-left/liberal ‘To Potami’ (The River), founded some months before the elections, fared impressively (6,60%) as its leader, a prominent journalist, speaks for a new way of conducting politics, whilst expressing his volition to share part of the responsibility in a future coalition government (Kathimerini 2014).

The Communist Party instead, whilst slightly ameliorating its share from the 2012 elections (+1,5%), lost 2,3% in comparison to the 2009 European elections. The rightist Independent Greeks (Anexartitoi Hellenes), -a ND splinter group that argue against the Memoranda and the loss of national sovereignty-, whilst debuting in these European elections and securing one seat (3,46%)- lost significant part of their dynamic amassed in 2012 (7,51%). Finally, special reference should be made to relevant parties that did not reach the 3% threshold. The ultra-conservative Popular Orthodox Rally (LAOS) made a significant comeback (2,70%) after it has hit rock bottom in the 2012 general elections (1,58%) and its short participation in the coalition government of Lucas Papademos (technocrat-former Vice President of the European Central Bank). Moreover, the Green Party lost its unique seat although joining forces with the Pirates. Last but not least, the party of the Democratic Left (DIMAR) –splinter group of SYRIZA-, which portrayed itself as the ‘Left of responsibility’, occupying the ground between SYRIZA (radical Left) and PASOK (social democracy) utterly failed (1,20% from 6,26% in the 2012 general elections), revealing a sort of ‘existential crisis’ since DIMAR left the coalition government (the party is on the verge of dissolution).Moreover, the socialist party of PASOK, which ran under the rubric of the Olive Tree (inspired by the respective Italian scheme) together with various PASOK splinter groups, gained 8,02% in stark comparison to the 36,65% of 2009 and the 12,28% of 2012. Yet, the party leadership evaluated the share as face-saving given the adverse conditions of the participation in the coalition government. The centre-left/liberal ‘To Potami’ (The River), founded some months before the elections, fared impressively (6,60%) as its leader, a prominent journalist, speaks for a new way of conducting politics, whilst expressing his volition to share part of the responsibility in a future coalition government (Kathimerini 2014).

The campaign was in line to the pattern established in the June 2012 national elections. It essentially revolved around the dominant cleavage of pro- and anti-Memorandum which in turn denotes a particular posture vis-à-vis Europe. Thus, Alexis Tsipras likened the elections to “a historic referendum” (Ethnos 2014) as choice between two options: change –“that will close the book of Metapolitefsi” (Antoniou 2014) or continuation of austerity.

On the other hand, the Greek Prime Minister, Antonis Samaras played the card of stability conveyed by the coalition government, whilst posing the dilemma of being with Europe or against Europe (Athanasopoulos 2014) blaming SYRIZA for sheer populism. Both coalition partners, ND and PASOK tried to emphasise the achievement of surplus in the national budget (Naftemporiki 2014) as the first breakthrough towards recovery.

An extra point of controversy emerged a few days before the elections regarding a segment of the electorate that voted for GD in the first round of the local elections. Alexis Tsipras invited them to “return to the road of democracy” as being deeply convinced that “those people are not in their vast majority neo-nazis” (Antoniou 2014). This was in turn reciprocated by members of the coalition government, who characterised “flirting with GD” as “a disgusting act” (Imerisia 2014).

The electoral result in Greece followed the general pattern remarked elsewhere in Europe: ruling parties crumbled. Indeed, the former three parties (DIMAR included) of the coalition lost in absolute terms 1,2 million votes since 2012 (Zoulas 2014). SYRIZA has undoubtedly achieved a historic victory at least at the symbolic level. It managed to gain almost the same result it has scored in the first order national elections of 2012, although losing 140000 votes (Ibid.).

Yet this victory will not imply a subversion of the government in the short- and medium-term as the party discourse had it. The outcome of the 25th May elections underlined the fact that even if SYRIZA wins the next general elections it will need coalition partners (coalition governments will be the rule of the day after the collapse of bipolarism). Unless the party moves to the centre, finding partners on the Left would require some adept brinkmanship given the negative stance of the Communist Party (Mailis 2012) and the broader re-arrangements taking place within the Greek centre-left. On the right, SYRIZA and Independent Greeks have already established a front against the Memoranda (in.gr 2013). The meager results of last Sunday’s elections are not very promising though for the party of the populist Right.

On the other hand, the electoral result is a clear indication of frustration by the vast majority of the Greek electorate against the continuing policies of austerity and fiscal discipline by the coalition government of ND and PASOK. The process of internal devaluation has hit fatally the middle class and the lower strata of the population giving rise to extreme unemployment and limited spending. Given that the much promised growth is yet to come, -and the results of the fiscal discipline are not immediately felt- the coalition partners will attempt to take some initiatives in the short- and medium term. Firstly, cabinet reshuffle is to be expected (Terzis 2014). Secondly, ND plans to endorse constitutional reform which among other will entail the direct election of the President of the Republic (Ravanos 2014). National elections will be avoided at the moment as both ND and PASOK interpret the result as not condemning for the coalition, whilst the majority of Greeks are contemptuous of a new electoral Odyssey (Express 2014).

Finally, the worrying resilience of Golden Dawn shows that the party has been squarely entrenched in the electorate. This implies that the vote for GD was intentional. Greeks have henceforth no excuse since they now know for what this party stands for.

Verney, Susannah. “ ‘Broken and Can’t Be Fixed’: The Impact of the Economic